“It is important to set the limit at 1.5°C and it is a science-based decision” 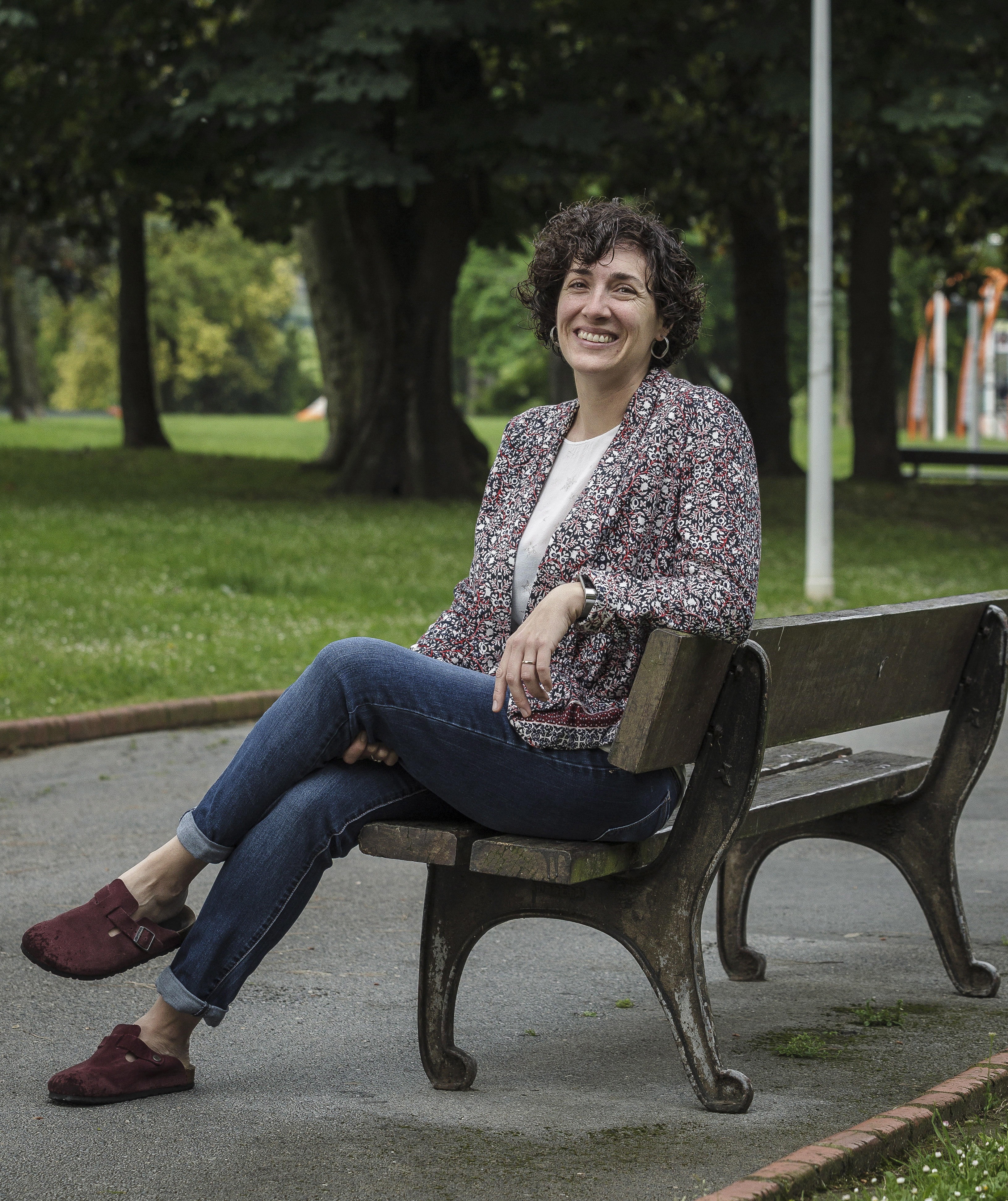 Elisa Sainz de Murieta Zugadi has closely followed the COP26 congress. Investigate the climate emergency in the UPV-EHU and BC3 and recognizes that it is not easy to comment on the congress. And it's very clear how difficult it is to get so many countries to agree on objectives and strategies. In addition, the topics they have discussed have been very varied and very complex, and the influences and conclusions of each of them are different in the place. Finally, they are decisions for the future and therefore believe that they can change your vision over time. However, he has offered an exhaustive analysis of the journal Elhuyar, carefully selecting the words and looking closely and far at the lights and shadows.

First of all, what would you highlight from the congress?

Emission reduction decisions have been the most focused, and I would highlight the positive aspects. On the one hand, the first objective of the Paris agreement establishes a commitment that global warming should remain below 2°C. In particular, they undertake to stay well below and to try to limit their temperature to 1.5°C.

Does it make sense to distinguish between 1.5 and 2 degrees Celsius? Well, in Paris, the IPCC was asked to study it and the result was published between the Paris and Glasgow conferences. In principle, there is little information, but yet it was clear that the impacts would be much greater if 2°C were achieved.

Is the damage caused by the rise in temperature not gradual?

That's it. For example, people at risk for heat waves double from 1.5 degrees Celsius to 2 degrees Celsius. Another example is the extent of sea ice in summer in the Arctic, or some vulnerable ecosystems like coral. This report was aggravated, but so far the 1.5ºC limit has not been defined so clearly.

This time it is very clear. It is explained in the decision itself, and the lexicon has changed: the aim is not to fall below 2°C, but not to exceed 1.5°C. And that's a very important nuance. They also point out that the decision has been taken on the basis of science. Science has entered the decision and words have changed completely.

Before I start, he said that there have also been shadows ...

Well, for example, there's been a big debate about coal. For the first time they have talked about coal and for the first time they have said that aid for fossil fuels must be reduced. It is true, however, that words have been diminishing and there has been a great deal of emphasis on the attitude of India and China, which, instead of ceasing to use coal, promise to restrict their use.

Coal is the most polluting fossil fuel in terms of emissions, but it has not been included in the agreement. Coal is used mainly in non-industrialised countries, so it is questionable to what extent it is only fair to look at coal.

Neither black nor white, therefore.

Of course. Another ray of light: At the time of the Paris Agreement, the forecasts pointed to an increase in the Earth's temperature of between 3 and 4°C, and forecasts have now fallen from 2.4 to 2.7°C. So something has improved. But it's not enough.

The commitments now being made are long-term. For example, most of the carbon neutrality targets have been set in 2050. And what happens in the short term? This congress has tried to bring these objectives closer together and define the 2030 targets. Not much progress has been made. So this is a shadow. We are not yet on track to comply with the Paris agreement. What would we need for that? Reduce greenhouse gas emissions by 45% by 2030. And we know that this year, after the fall brought by covid-19, they're rising again. That is to say, one thing is the commitments and another is the reality, and the emissions show that we are not currently on track.

What is your view of the decision to reduce subsidies to fossil fuels? In particular, these are ineffective subsidies.

Yes, it says that ineffective subsidies must be eliminated. I believe, on the one hand, that it is good to recognise that the industrialised and developing countries are still subsidising the exploitation of fossil fuels today. Subsidies for renewable energy sources and never for fossil fuels are always mentioned. I therefore think it is right to accept and take this into account.

So far we have talked about cuts, but decisions have also been taken on the adaptation section.

Yes, and a group has been set up to work on the aspect of adaptation. Moreover, from a financial point of view, it is committed to doubling the appropriations for adaptation by 2025. Most of the subsidies granted so far have been to reduce emissions and not to adapt to the impact of warming. The compromise has now increased.

What would be the shadow in this section? Well, at the 2009 conference in Copenhagen, the industrialised countries committed themselves to allocate USD 100 billion a year to developing countries from 2020. And this 2009 commitment has not yet been fulfilled.

It has therefore now been agreed to extend the aid, but it will have to be seen whether this is indeed the case or not, as it has not been done so far.

On the other hand, it should be borne in mind that the achievement of the objectives in the adaptation process is not as simple as the actual reduction. This is because the impact varies from place to place and therefore the measures to be taken to combat it. There's no unified metric, and you can also culturally change from place to place.

Moreover, in some developing countries, despite bold and powerful adaptation policies, they will suffer damage and losses. We already know that. Who should compensate for this damage? These countries demand the creation of a fund which, despite progress, has not yet been accepted because of its political complexity.

For some countries, however, impact is not a question of the future, they are already suffering the consequences of warming. For example, attention was drawn to the conference of the foreign minister of Tuvalu, who plunged her into the water to show the message that her country is in danger of extinction due to rising sea levels.

Finally, the creation of the fund is not accepted, it is only agreed to continue the issue. The exception was Scotland and Wallonia, who decided to donate funds to compensate for damages. It is curious because they are not states or parties to the Convention.

They also talked about the transparency framework. What is that?

That is, how they will present the commitments that countries are making, what information they have to provide, how they will explain their progress... It is not easy, there are also discussions to decide templates. Not all countries have the same access to information. Together with the transparency framework, the complex part of the carbon markets has been closed. In this market, the emissions generated can be marketed. It was a rather complicated issue, and one of the concerns was to avoid double accounting, which seems to have been linked.

What is the shadow? Brazil has been pressing for the outstanding Kyoto appropriations to be used, and, finally, past appropriations can still be used. With the closure of these two issues, the rule book of the Paris agreement has finally been completed.

In this respect, the Paris agreement agreed to complete the Stocktake Global Process by 2023. I mean, look where we are, make a diagnosis. In fact, we're looking at every year, but that's how it was established, both the framework and the framework of the carbon markets.

Congress has therefore had remarkable shadows, but also clear ones, and I think it is important to underline them, because they are essential for progress.