Clonan primates for the first time 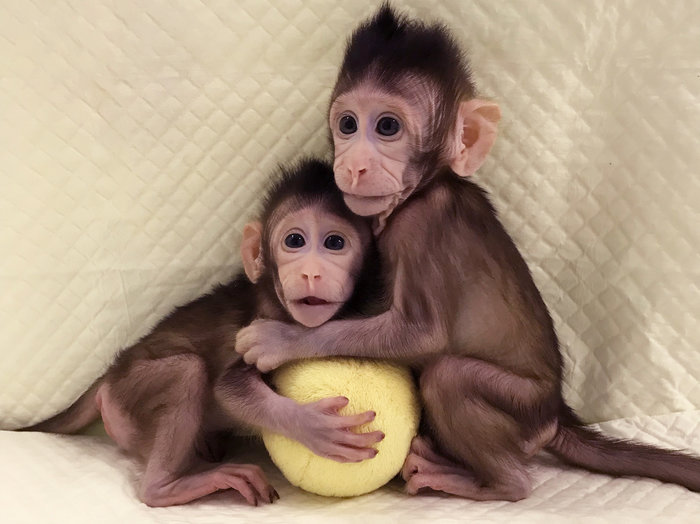 The Institute of Neurosciences of China has just presented its first macaque clones. Ed. Qiang Sun and Mu-ming Poo/Chinese Academy of Science/Cell

The Chinese Institute of Neurosciences has recently presented two macaques created with the same technique that was used to obtain the Dolly sheep. The technique is a nuclear transfer of somatic cells that so far did not yield good results in primates. However, some were very interested in cloning primates, because being genetically so similar to our species, they would be very useful for biomedical studies.

In fact, research uses genetically modified animals, and one advantage would be having clones with the same genetic information to investigate the diseases that affect us. Researchers who cloned macaques have explained that to this end they have created two macaques.

The experiment has been published in the journal Cell and the changes made in the technique based on the nuclear transfer of somatic cells have been explained. For example, they have realized the compounds used in cell reprogramming and have recognized that they have not been able to reprogram adult cells. Thus, embryos have been created by reprogramming embryonic cells. The development of these embryos has not been a success either: of the 60 embryos installed in the potting plants only two have been born.

It should be noted that Chinese standards for the use of primates in research are less stringent than in other countries. In Europe, the United States and other countries, primates are very protected and their use is very limited. And, of course, there are those who have raised the question of human cloning, even though researchers have clearly stated that they have no intention of doing so.