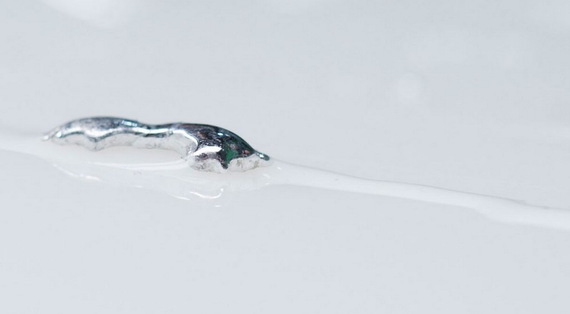 Researchers from the Australian University RMIT have managed to synthesize two-dimensional materials from liquid metals. Thin layers of low thickness metal oxides of atoms have been formed. These materials, being superconductors, will allow to develop powerful nanometric electronic components.

More than a decade ago physicists realized that the characteristics of the compounds change radically when the materials are arranged on thin plates. Despite being fine, some are extremely robust, ultraviolet or other superconductors… Graphene was the first, but about twenty 2D materials have been developed since then.

However, some compounds were being very difficult to achieve. Now, however, a method based on the murder of liquid metals has been developed, which has allowed to create the two-dimensional IcO2, Gd2O3 and Al2O3. In addition, they foresee that the new method can be useful with a third of the elements of the Periodic Table.

The new way to generate 2D metal oxides, as published in the journal Science, is very simple, economical and effective. Thus, a wide variety of potential applications are envisaged, both in the electronics industry and in other industries.