Neuromarketing: inside the brain of consumers!

What do you prefer? Pepsi or Coca-Cola? McDonald's or Burger King? Apple or Microsoft? Mercedes or Golf? Have you ever thought about what your own desires and desires are based on? What drives us to buy that? If you think that the only factors that condition us when consuming are the tastes and the conscious reasons of each, you will be surprised to know what neuroscientists have discovered. Entrepreneurs consider neuroscience discoveries to find more effective marketing strategies. 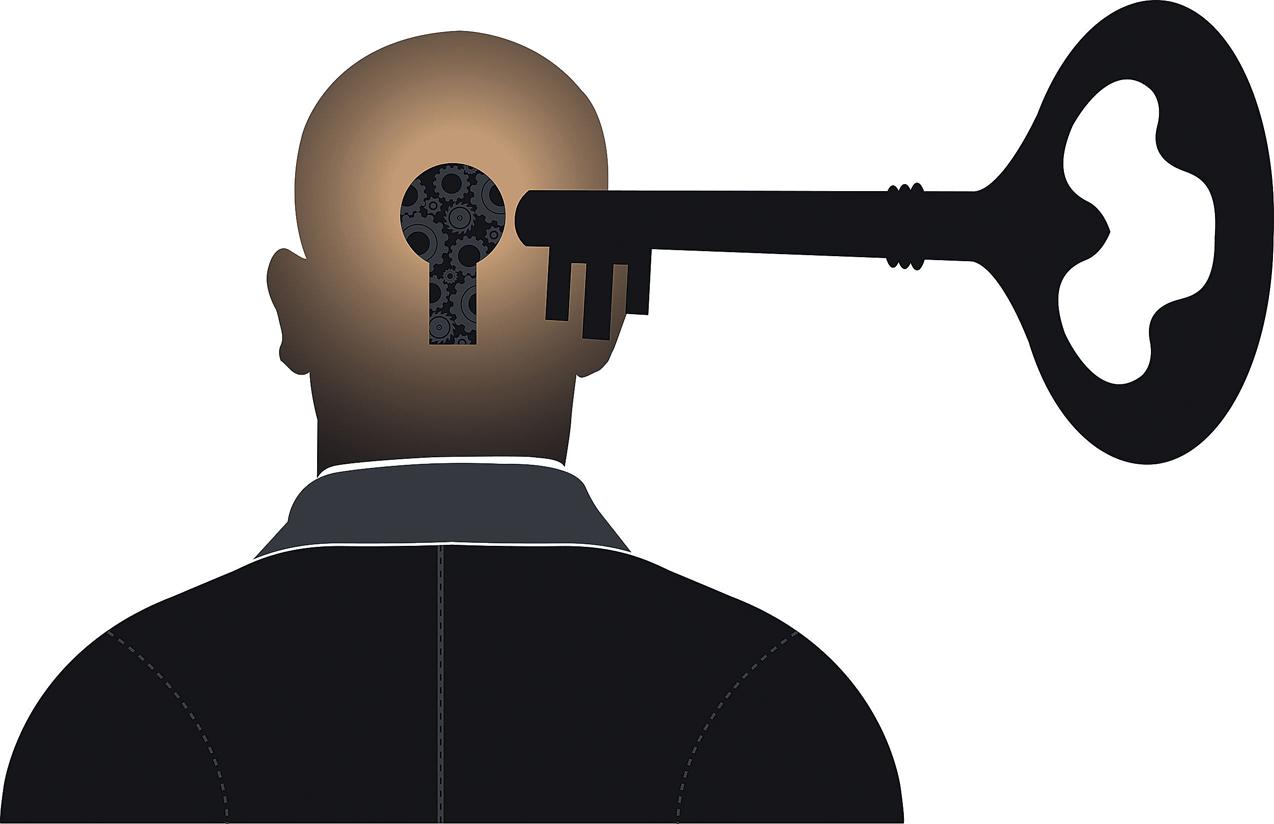 We are full of advertising messages and it is increasingly difficult for companies to attend to us. It seems that the techniques used so far, such as questionnaires and surveys, have not been very effective, since they are based on the conscious conviction of consumers. It seems that consumers do not know well the emotional reason or sensations created by the senses. For this reason, in recent years the so-called neuromarketin has been created. Neuromarketine offers companies tools to understand and guide irrational consumer behaviors, in order to improve advertising techniques, thus helping to implement the brands of their products in our brain.

The brain of consumers: why do we buy what we buy? 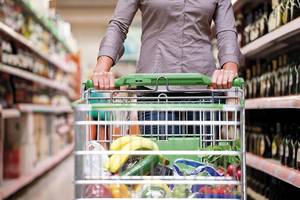 At present, the offer is immense and companies make every effort to impose their products, that is, for consumers to buy their products. Ed. © Kzenon/350RF

Neuroscientist Brian Knuston teaches psychology and neuroscience at California Stanford University. He says that humans have a special mechanism to make decisions more easily, that is, we have a quick way to classify what are good and what are bad between things, without having to value all the risks and benefits. Whenever possible, the brain takes into account life experiences to make the right decision in the shortest possible time. It is what drives us to buy well-known brands. This saves time and facilitates the selection process. According to Knuston, these emotional and intuitive brain regions (limbic systems) are very important in the decision-making process than cognitive (conscious) regions. Neuroscientists believe that emotions, in addition to participating in decision-making, guide these decisions. To prove it they designed an experiment. This experiment measured the brain activity of volunteers as they viewed 80 products. The price of each product was known and volunteers could order the products they liked most. Seeing their preferences activated the nucleus accumbens (brain region associated with pleasure), while when the price was excessive the insula (brain region associated with pain) was activated. Knowing this activity, you could know what each one would decide. This experiment showed that emotions, in addition to influencing the decision-making process, lead the process itself.

Strategies to capture the senses. Objective: to generate emotions

As we have explained, emotions are very important in buying. Subjective sensations are received through the senses, which occurs unconsciously. That's why companies try to catch our senses. Everything is designed and calculated to get our attention, seduce us, attract us. The key is not in what is offered, but in the emotion that is generated. It is clear that the important thing is to fill the products with emotion. How? Using smells, sounds, colors or pleasant lights. The greater the emotion, the greater the emotional involvement with the product (i.e., neuronal activation). 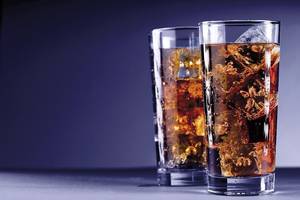 In one experiment they asked several volunteers to choose one between Pepsi and Coca-Cola. The knowledge of the Coca-Cola brand affected the perception of the volunteer. The emotions and ideas associated with the Coca-Cola brand (happiness, health, beauty, youth, success...) are very strong, more than taste and desire. Ed. © Francesco Di Bartolo /350RF

Who is not attracted to bright colors? According to experts, this behavior comes from antiquity. It seems that our ancestors were looking for water with bright colors, because the water shone when reflecting the sun. Colors also influence our unconscious. For example, blue is often used to create comfort in stores. However, green is avoidable because it relates to money and spending. Smells have also been taken into account to generate comfort, such as in hotels or banks. Several companies begin to hire experts in corporate odour design. In business meetings, for example, hot drinks (coffee or tea) are offered to generate comfort, friendship and trust. The creation of these sensations can be decisive, as they can help achieve negotiations or sales. Companies also design sounds very well. For example, the noise that occurs when closing the door of the car or the one emitted by the vacuum cleaner. Apparently, consumers consider this noise to assess the quality of the product.

The brand is very important because by the brand we consider the product reliable. Knowing the brand facilitates the decision process of what we are going to buy and we can be calm. The emotional bond with different brands is very strong. Companies have managed to attract our senses and implement ideas related to these sensations (happiness, health, beauty, youth, success...). A very clear example is that of Coca-Cola. 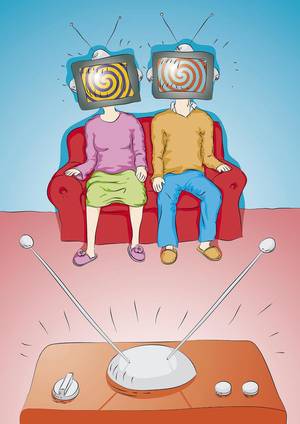 Should we consider neuromarketine as a threat? Companies that affect us so much can endanger our freedom because they can manipulate us. Ed. © Robodread/350RF

In one experiment they asked several volunteers to choose between two very similar soft drinks (Pepsi and Coca-Cola) without knowing the brand. More than half chose Pepsi. However, Pepsi is not the most successful brand. In view of this, neuroscientist Read Montague of the Baylor School of Medicine (USA) ), conducted in 2003 a new experiment with the aim of understanding the causes of this behavior. It must be said that the investigation was totally independent, that is, it did not receive grants either from Coca-Cola or from Pepsi. At first 67 volunteers were asked which of the two soft drinks they liked the most and then, once they had tasted, they were asked to choose the favorite without knowing the brand. Once this is done, the experiment is repeated, but in that session the activity of the brain is measured. Functional MRI analyzed the brain activity of volunteers and compared what happened when they drank a soft drink and another. Sometimes volunteers did not know the brand of the product and in other cases did. This way you could know which specific regions of the brain were activated when volunteers only used taste or the brand was known.

The results were published in the journal Neuron in 2004 in an article entitled Neural Correlates of Behavioral Preference for Culturally Familiar Drinks. Pepsi was more pleasant than Coca-Cola in the blind test. In fact, the area related to pleasure was five times more active when drinking Pepsi. However, knowing what they were drinking, 75% chose Coca-Cola. In this case, when drinking Coca-Cola, the cognitive regions of the brain and those related to emotion (prefrontal cortex, hippocampus and mesencephalon) were activated much more. Why do people choose if they prefer the taste of Coca-Cola Pepsi? Knowledge of the brand influences the perception of the volunteer. The brain collects many images and ideas related to the brand, and those ideas and emotions are very strong, more than taste and desire. We already have neurological tests of this mechanism, as well as techniques to measure the brain areas that are activated when feeling the emotions.

Ariely, D.; Berns, S.G.
"Neuromarketing: the hope and hype of neuroimaging in business", in Nat Rev Neurosci, 2010 Apr;11(4):284-92.
Bechara, A.; Damasius, H.; Tranel, D.; Damasio, A.R. :
"Deciding advantageously before knowing the advantageous strategy", in Science, 1997 Feb 28;275(5304):1293-5.
Knutson, B.; Adams, C.M. ; Fong, G.W. ; Hommer, D.:
"Anticipation of increasing monetary reward selectively recruits nucleus accumbens", in J Neurosci, 2001 Aug 15;21(16):RC159.
Lee, N.; Broderick, A.J. ; Chamberlain, L.:
"What is "neuromarketing"? A discussion and agenda for future research", in Int J Psychophysiol, 2007 Feb;63(2):199-204.
McClure, S.L. ; Li, J.; Tomlin, D.; Cypert, K.S. ; Montague, S.L. ; Montague, P.R. :
"Neural correlates of behavioral preference for culturally familiar drinks", in Neuron, 2004 Oct 14;44(2):379-87.
Monge, S.:
Summary of the conference "Neuromarketing new frontiers of market research". 2009.
O'Doherty, J.P.; Hampton, A.; Kim, H.:
"Model-based fMRI and its application to reward learning and decision making", in Ann N Y Acad Sci. 2007 May;1104:35-53.
Schaefer M., Rotte M.:
Favorite brands as cultural objects modulo reward circuit, in Neuroreport. 2007 Jan 22;18(2):141-5.
Techniques used in neuromarketing
They say that human thoughts are very similar, enough for any computer to understand our thoughts. Neuroscience techniques allow automatic and unconscious brain mechanisms to be measured and recorded. Biometric measurements (level of brain activity, heart rate, galvanic response of the skin...) allow to know the sensations, thoughts and behaviors of consumers. Neuromarketing consists of applying brain research techniques applied to marketing.
· Functional Magnetic Resonance (fMRI): Using magnetic fields and radio waves you can see specific brain regions in three dimensions. In addition, information on oxygen consumption and thus brain activity can be obtained. It can be said that you can see where thoughts arise and where they go from, following the course of blood.
· Electroencephalography (EEG): It consists of measuring bioelectric activity. Neurons are activated through the senses. Potential differences generated by the activation of neurons can be measured in the scalp by electrodes. This way you can know the most active fields.
· Magnetoencephalography (MEG): It is similar to encephalography, but it consists of measuring the magnetic currents that produce the activation of neurons. The technique is very expensive, but signal quality and spatial resolution are better.
· Positron emission tomography (PET): It is a technique for measuring brain metabolic changes. It measures the dispersion of the injected tracer, such as Fluorodeoxi-glucose-F18, following the emitted gamma radiation. This results in information about glucose metabolism, i.e. brain activity.
Other techniques are also used to know the responses to stimuli, that is, to obtain information about emotional involvement:
· Eye-tracking: It consists in following eye movements. High-speed cameras are used. In addition to following eye movements, the dilation of the pupils and the number of times the person blinks the eyes is measured. This way you can know what things are the most interesting to the person, because the eye spends more time looking at those places.
· Galvanic skin response: The "polygraph" (lie detector) is the basis of the technique and consists in measuring the conductance of the skin. When you feel fear, anger and other emotions, the electrical resistance of the skin changes. Therefore, the degree of conductance provides information about the emotional state.
· Electromyography (EMG): Measure unconscious gestures of the face. Small low-voltage electrodes are placed in the muscles of the face. The connectivity between the electrodes provides information about the emotional state.
· Heart rate: By feeling the emotions, the heartbeat accelerates. Therefore, heart rate is another sign of emotional state. 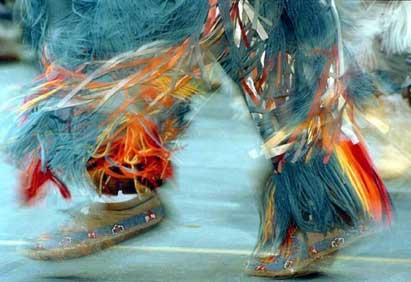