Chemistry and Biology in War

It is not clear when chemical weapons began to be used, but it has long been. In Roman times, for example, the Romans were skillful besieging cities and poisoning drinking water sources. The Romans also came to put ships in the cities with moods of cholera, leprosy or sick plague. XVIII. and XIX. For centuries this technique regained strength when Europeans emigrated to other continents and, voluntarily or involuntarily, carried diseases such as syphilis, flu or baztanga. Consequently, entire peoples also disappeared and, logically, cheapened, faster and with less risk than with gunpowder or steel weapons.

Many chemical weapons were used during World War I, while biological weapons were used during World War II. The British, for example, launched the anthrax bacillus spores to a small Scottish island. The trial was successful in 1979, when members of the British army traveled to Gruinard Island, carried protective clothing to prevent the anthrax from infecting the spleen.

Between the 40s and 44s, the Japanese also used biological weapons in the war against China. Typhus and plague were launched in 11 cities. There were thousands of deaths, including civilians, ordinary people who had nothing to do with the army. In the same war, 3,000 imprisoned soldiers were injected by the Japanese epidemic diseases. Of 3,000 1,000 died. 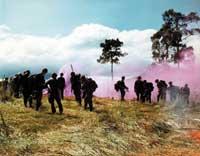 After World War II, in the 1950s and 1960s, the U.S. government built military labs in the Maryland state. The objective of the laboratories was to investigate biological weapons, even bringing together in the best days 1,000 scientists. Important research was conducted in these laboratories, but in 1970 Lehendakari Nixon announced that the government rejected the development of biological weapons. One knows why Nixon made that decision, but the issue is that two years later the International Agreement on Biological Weapons was approved. Under this agreement, research, production and storage of biological weapons were prohibited. The agreement was based on insecurity, as they were dangerous and could be returned against those they created.

As you can see, the reason for the agreement was not civic. However, more than 130 countries have signed this agreement and humanity appears not to be threatened by biological and chemical weapons. The situation is very different. Genetic engineering has been responsible.

Chemical and biological weapons: the best-known 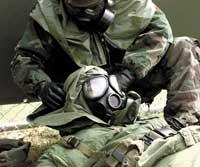 It was the most powerful chemical weapon used during World War I. It was first used by the Germans in 1917, in Belgium, and caused a great slaughter among the French. The name mustard is a consequence of the smell of the gas to the must. Although called gas, mustard is not really gas, but the result of the reaction between sulfur chloride and ethylene. It is an irritating liquid. Boiling evaporates and becomes toxic. Low air concentration is enough to affect many people.

The mustard gas, being one of the first, surprised the allies. However, little time they were able to find protective measures and not only that, but they also began to prepare for chemical warfare. This caused the appearance of new substances: tear gas, chlorine, ethylene, phosgene... Cyanhydric acid, used in gas chambers condemned to death, is also from that time.

The U.S. Army was a herbicide disorder used during the Vietnam War as a defolder and to destroy crops. As a result of these herbicides, the plants started too quickly and died before yielding the fruit. During the Vietnam War, trees were used to lose leaves, so that the Vietnamese could not hide, but their possible influence on length was not taken into account. It also had small amounts of dioxins. The consequences persist to date: the forests damaged by the orange agent have no new leaves, many people and many children born after have suffered malformations by dioxin and there are few cases of cancer.

The word antrax comes from the Greek Anthracis, Greek charcoal. In fact, anthrax produces carbon like stains. Anthrax contaminates warm-blooded animals, especially ruminants such as cows, sheep and goats. It is a zoonotic disease, that is, it can reach humans from animals. It can be mastered if detected early, but often has no extraordinary symptoms and animals die quickly. Although anthrax pests have been repeated on several occasions, today it has no major role among animals. Other diseases, such as foot and mouth disease, are causing greater economic losses.

In 2000, cases of anthrax were detected in 48 countries worldwide, of which 36 belong to the Third World and the rest are developing countries. It is therefore a disease mainly of poor countries. However, this does not mean that rich countries are safe. In some places in the United States, such as Texas, anthrax is an endemic disease, and in Germany and France some cases have also been found.

Antrax often appears related to conflicts. The Anthrax Conflict relationship is due to its simplicity, as people who flee often carry animals, animals that were already infected or animals that have become ill when they escape. As is normal, the influence of antrax on humans is greater than in other places where antrax and conflict are concentrated.

As with conflict, in the case of antrax it is also related to poverty. People who are hungry are more likely to eat some dead animal due to anthrax effect, as well as eat meat that has not been studied. Following the same logic, it can be thought that in poor countries with poor veterinary service, the possibilities of eating meat contaminated with anthrax are greater and, therefore, the chances of the onset of the disease in humans.

Anthrax, like zoonosis, is able to reach humans from animals. But it is not so easy, at least in a natural state. The lethal variant of the disease, in the lungs, affects those who work with wool or leather from contaminated animals.

In these cases, the infection enters the airways, but is rare. Skin disease is much more common; 95% of cases of anthrax that occur in humans are of this type, those of the skin. With adequate treatment there are usually no problems and the number of deaths does not reach 1%. The third variant of antrax, which assaults the stomach, can also cause death, but is not as deadly as that of the lungs. The disease is acquired by eating meat from contaminated animals.

According to data from the World Health Organization, few cases of anthrax have occurred in humans. In 1997 he appeared in Ghana: There were 185 cases and it caused 26 deaths. In 1998 he appeared three times in Russia, but there were only 15 cases, two of them died. Lately there has been a case of antrax among the shepherds of Ethiopia, but very little influential, due to the consumption of some contaminated hippopopotamus. According to estimates by the World Health Organization (WHO), a case of antrax in humans occurs for every 30-60 contaminated animals consumed.

The topic of antrax produced in laboratories is very different. Antrax spores are one of the best options for biological warfare, as in addition to being easy to produce, they are easily conserved. In addition, they last for many years and are easily accessible. Since the goal is to do harm, in possible microbiological aggressions the access most affected by anthrax, that is, the respiratory tract, could be used. If the goal is that, the disease of fear is an antrax; in the rest it is not for so much. 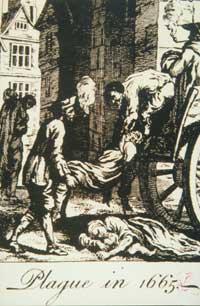 In 1973, Stanley Cohen and Herbert Boyer, biologists at Stanford University in California, first introduced foreign genes into the hereditary material of some bacteria. The inheritance security system was overcome. Consequently, research on biological weapons was revived. In fact, the possibility was created to design pathogenic microorganisms that until then were difficult to reach and difficult to use depending on the needs.

The Pentagon military soon began to ask questions: how were those weapons? What influence could they have?... And, in addition to asking questions, they began to implement projects. Molecular biologist Michael Breindl has worked on military projects: "There are all kinds of projects. For example, there are plans for genetic transformation of the intestinal bacteria Escherichia coli. First, it is about making them resistant to antibiotics, after intestinal acids do not damage them and toxic and invasive genes can be put on them. This type of bacteria would escape the body's protection system and would be able to remove the cells."

Between 1980 and 1987, investments in research and production of Pentagon biological and chemical weapons grew by 554%. 1.440 million dollars for this type of projects. High security laboratories were built and the laboratories of USAMRIID (U.S. Army Medical Institute) began to work. Lasa, Ebola or Chikungunya viruses, numerous bacteria, mushroom poison, scorpions and algae, and various toxins have been studied.

As is known, American scientists working for the military have already succeeded in cloning the genes of different biological poisons. The genetic structure of anthrax is already known, as well as that of botulism, cholera, diphtheria, tetanus and the venom of some snakes. This means that, in case of need, scientists have at any time the possibility of obtaining these substances quickly, easily and economically. Many of these trials are not known, but some do. Before society, of course, they appear disguised as health research.

According to European and American experts, for any state that wants to build genetically produced biological weapons, it would be enough to have 200 probetas in a fridge with original material. This and the infrastructure of conventional pharmaceutical laboratories. The rest of the operations: transport, filling of explosive chambers with viruses, aerosols... would suffice with the military structures used to manufacture chemical weapons.

Regarding its application, the military believe that aerosol is the ideal means to disseminate biological weapons. The history of humanity's weapons began with flint instruments and unfortunately did not end with nuclear weapons; genetic engineering is creating a new generation of the most destructive weapons so far. And, surprisingly, all this is legal, it does not contradict the agreement on the prohibition of biological weapons, if it is to protect, because such investigations and defense systems are expressly accepted. Once again, reality seems to overcome fiction. 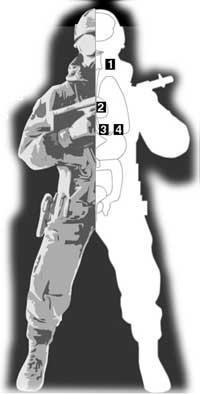 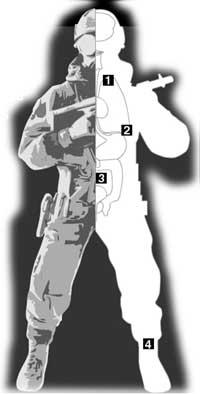 Published in D2 section of Deia.