They appear with heat and hide with cold. This is one of the most striking features of mosquitoes. Another feature is its puncture. And not in any case. After analyzing what they have in front, they choose what can be the best for them and sting them.
And zast!
01/09/2007 | Kortabitarte Egiguren, Irati | Elhuyar Zientzia Komunikazioa

Others point out that the presence of type O blood increases the risk of punctures. However, this relationship between the type of blood and the bites has not yet been proven.

It is evident that in a group there is always someone who suffers more mosquito punctures than the rest. What does that have to attract both the mosquitoes? And what do others have -- without fear, quiet, alive -- not to have mosquito bites?

The smell as a food source

To make the distinction, mosquitoes first use smell. Every time we breathe, carbon dioxide and other odour substances pass into the air. This air moves and moves away, and mosquitoes burn that air. Even if it was 50 kilometers away, mosquitoes would be able to smell. It can be said that every time we breathe we are informing the mosquito of our closeness.

This special bag collects the odors characteristic of each person.
Rothamsted Research

When mosquitoes smell the air, they do it immediately, since they know that smell is the origin of food. To get to the origin of the smell follow the air current. Once arrived, they use not only the smell, but also the sight and heat of the bodies. These three variables determine the possibility of performing one puncture or another.

In inspiration, on the one hand, but also in sweating, the body expels compounds of various odors. And those also attract mosquitoes. For example, according to some experts, the mosquito attracts lactic acid that we expel as sweat from the pores of the skin.

According to other studies, the protein Ag0r1 incites several species of mosquitoes. This protein is active by methylphenol-4, responsible for the smell of human sweat. In addition, most of the punctures occur in the parts of the body that produces more sweating.

It seems that there is also a direct relationship between bacteria and mosquito bites that help to ferment different types of cheese. This bacterium is in the sweat.

In short, we all create a mixture of odors in our body. This mixture varies from person to person and the number of punctures is, undoubtedly, variable. 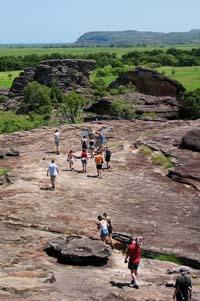 At the return of the excursions there is always someone who has received many more punctures than the rest.
MEC

Researchers at the University of Florida have identified the criteria used by mosquitoes for the selection of victims. Among all the options, mosquitoes always select people or animals with signs of the most attractive substances. These substances are very different. They can be natural substances produced by the body itself and eliminated by the skin, or products created artificially by the human being itself, such as cosmetics.

In addition, the Rothamsted Research Center is working on the study of the odors that our body produces and investigate what are attractive and disgusting for mosquitoes. To do this, they have put several volunteers in a special sleeping bag. This special bag gathers the odors characteristic of each person, accompanied by pressure. This pile of vapors is subsequently separated by the gas chromatography technique. Gas chromatography is a common technique among chemicals. In fact, with small quantities, it is able to differentiate the elements from a mixture.

After this chromatographic separation, the separate compounds are subjected to insect antennas. These antennas are connected to several microelectrodes. Its function is to measure the electrophysiological response of insects to know whether or not they are sensitive to these compounds. Finally, these compounds are identified in the mass spectrometer.

Larvae of mosquitoes of the genus Culex.
J. Gathany/CDC

In these studies they have found that the lucky ones who do not receive mosquito bites produce molecules that are disgusting for mosquitoes. Therefore, just like the substances that make your own body attractive for mosquitoes, there are also substances that disappoint them, such as drugs used to fight cholesterol or hypertension. Mosquitoes necessarily need cholesterol and vitamin B, but they are not able to produce by themselves, so they greatly appreciate people who are rich in both cholesterol and vitamin B.

Working with these molecules can produce in the future some product to scare mosquitoes. And in that sense, the results of this type of research can help develop strategies to protect themselves from the attacks of the Anopheles mosquito, for example. This mosquito is dangerous because it transmits malaria. In fact, in addition to being sharp, mosquitoes can be drivers of disease, but in general, less than is believed. Approximately a thousand mosquitoes carry organisms that can cause diseases. However, although the proportion is low, it is evident that if a pathway is detected to reduce the number of bites, the chances of getting sick will decrease.

But, why do mosquitoes bite us? Mosquitoes usually feed on nectars. However, in most species, females need proteins to develop their eggs, so they absorb our blood. In males it is usually enough with nectar and water. Therefore, only females pinchan.

The female presents a protuberance called a proboscide that allows her to pierce the skin of the mammals and suck the blood. It can be said that it is like an elephant horn. The mosquitoes' probe is very demanding and almost with a simple contact with the skin is enough to make a hole and absorb the blood. That is, let's paint ourselves. Therefore, the puncture is often not noticeable. In addition, they have found an analgesic substance in the saliva of several species of mosquitoes, which seems to help not feel the puncture until the immune response appears. When mosquitoes puncture, they insert saliva into that small wound, which causes inflammation and irritation of the wound.

The bite of the Anopheles mosquito transmits malaria. The situation is serious, especially in sub-Saharan Africa.
P. P. Virot/WHO

Then, in these mosquito bites, something similar occurs to the chemical process that usually occurs in allergic reactions. The immune system releases histamines in the vicinity of the puncture, which are responsible for the itching. The affected area is also increased.

The most common mosquito species in Europe is Culex pipiens. This mosquito does not transmit any disease. And less evil, equal more than one thinks. The habitat of this mosquito is located near wet areas where it reproduces. Its life cycle is short, with less than two weeks of duration in summer and about three weeks in spring and autumn. This is because the metabolism accelerates a lot at high temperatures and falls asleep when the average temperature is less than 15ºC. Once the summer 'jobs' are finished, it will soon return to this situation. 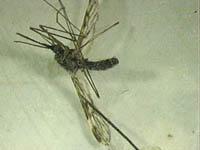