Bananas and CRISPR. An eccentric couple. A conventional edible fruit and another revolutionary technique of genetics. According to the journal Nature to save bananas we must use CRISPR. They propose that one of the few possibilities of the future of banana is the CRISPR technique. 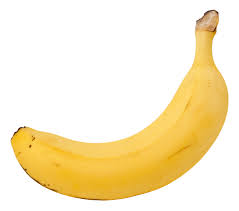 Salvamento of the banana. The future of banana. What are we talking about? Well, the variety of bananas we eat is in danger of extinction. A fungus that inhabits the banana sick soil, a strain of the species Fusarium oxysporum. A strain is a certain population of this species, all of them descendants of a single original cell. In fact, a strain called\TR4 of{\} affects the variety Cavendish. Cavendish is 99% of the banana that is marketed in the world.

The disease caused by a fungus would not be so serious if it were not a monoculture. That is, we humans have made a monoculture banana Cavendish. And this type of disease spreads easily in a monoculture.

In addition, there is another problem. The banana is not cultivated in a traditional way. Sterile. That is, to properly ensure the production, we have converted it into sterile and grow it by cloning. Therefore, the Cavendish banana is in serious danger.

Solution? Convert the plant into resistant against the strain of\n–TR4. It seems simple, but it is not. And experts say this should be done genetically modified. Perhaps through the CRISPR technique.

By the way, it is not the first time that the same thing happens: another variety of banana, Gros Michel, disappeared almost by the attack of another strain of the same fungus. That is why we started to use the variety Cavendish, which is resistant to strain. But this is another strain and the problem reappears.

It reappears and enters strong in South America. In Colombia they are very worried. Many plants are losing and does not die with fungicides. And not only in South America. The problem was also detected in Africa, as in Mozambique, and in Asia and Australia it is ancient.

In fact, experts from the Queensland University of Technology in Australia are conducting tests with a wild banana gene integrated into the Cavendish banana. The experiment goes well. This gene works. However, this gene comes from another variety of bananas, and Cavendish itself also contains it, although silenced. Therefore, if activated, no other foreign gene should be used. It is the CRISPR technique, with which it is intended to activate a proper capacity of Cavendish.

Banana and CRISPR. An eccentric couple.