Published on April 1, 2022 in the newspaper Berria 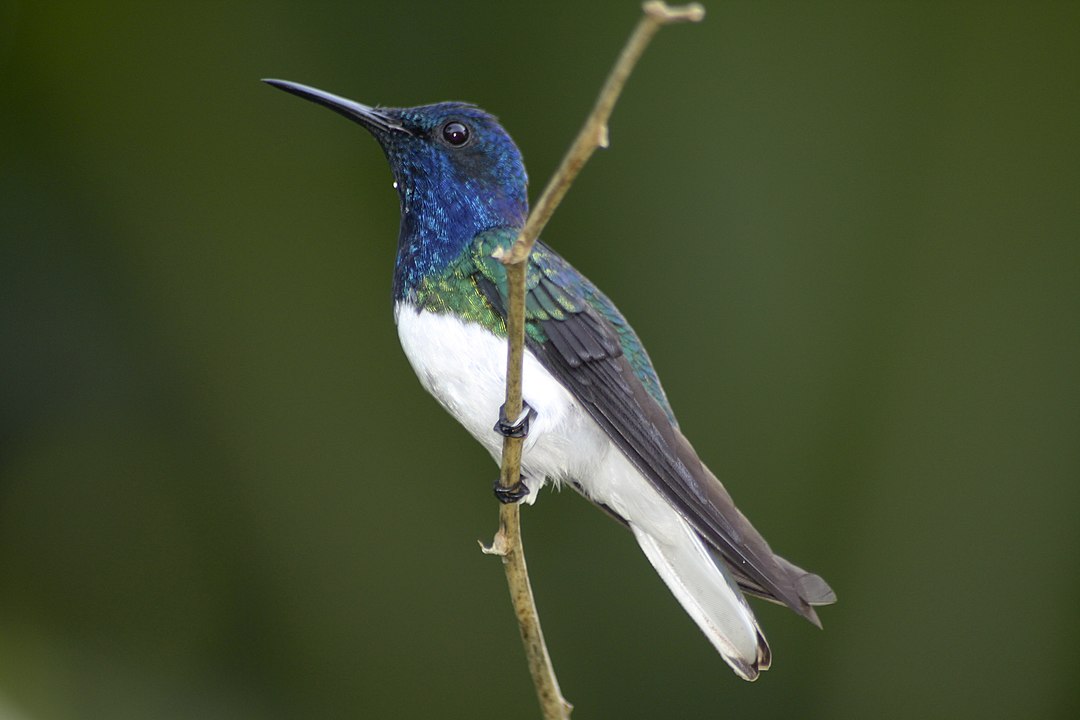 Florisuga mellivora colibrí. Ed. Brian Gratwicke/CC BY 2.0
In Central America and South America, there's a kind of hummingbird called Florisuga mellivora. In adulthood, as in many birds and other animals, males and females look different. In most birds, young birds resemble adult females, and as they mature, males become more colorful and eye-catching. The opposite is true of the Faroese florisugas: when they are young, they resemble adult males in plumage, and when they mature, the females acquire another plumage. Not all, 20% of females retain their appearance.
Researchers don't know whether there are genetic or environmental reasons behind this, but at least they've come to the conclusion that battered females are less harassed than the others. In fact, males are the persecutors and, in particular, they are violent against the normal females to access food. In the case of sand-looking females, they have no attack and no inconvenience in eating as much as males.
From the reproductive point of view, the presence of appearances of ar is not an advantage. On the contrary, between the two females of habitual plumage and parasite, males choose the first one to cut. But they also cut corners, so the gain from looking change is greater than the loss.
These hummingbirds bring to mind the case of women who have become men for having reached the opportunities of men. Many scientists have done so throughout history. One of the best known is Sophie Germain. He was born in 1776 and was a scientist from a young age. At 18, they opened the Polytechnic School in Paris, but they only accepted men. However, Germaine found a way to study, received the lessons in the mail and sent, under the name of Monsieur Antoine-August Le Blanc.
Professor Joseph Louis Lagrange took over Le Blanco’s excellent work and wanted to know him. Germaine couldn't hide that she was a woman, but Lagrange didn't reject her, but instead helped Germain advance the world of mathematics. He eventually became a great mathematician and got admitted to the Paris Academy of Sciences.
At the same time, botany Jeanne Baret embarked on a man-dressed ship in the first French expedition to go around the world. Because, oh surprise, women were forbidden to participate in the expeditions. She became the first woman to go around the world, dressed as a woman, with an important botanical contribution.
And XXI. In the 20th century? Well, scientific articles signed by women are less likely to be published in prestigious journals and will receive fewer mentions. And garments are still an important element to be accepted or rejected, for example in congresses. Then they'll call it natural selection.