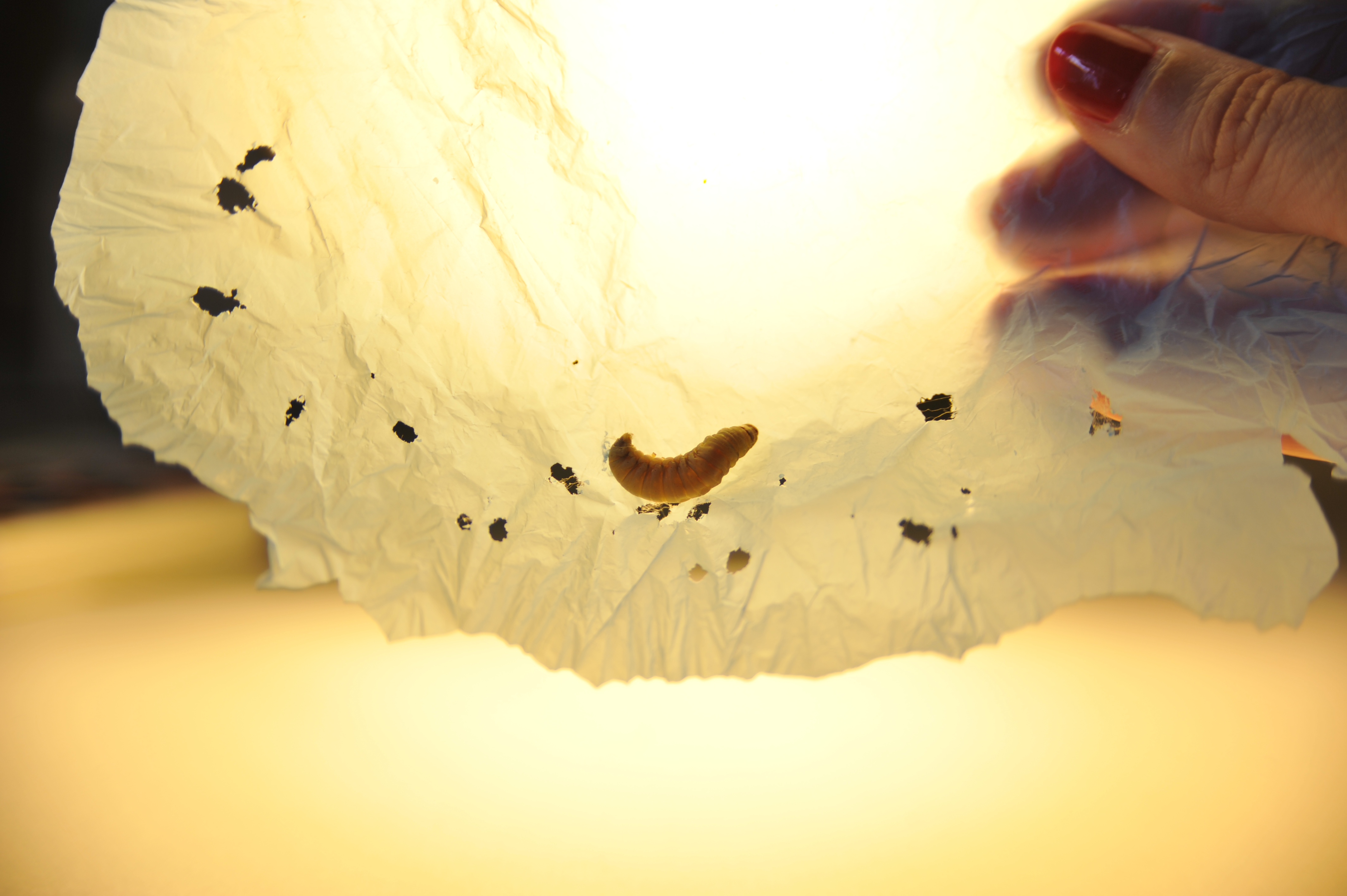 They randomly discover that a worm that destroys the honeycombs eats polyethylene. In fact, Federica Bertocchini, a researcher at the Spanish Higher Council for Scientific Research, realized she had worms in her house hives. Worms of the great site of honeycombs (Galleria mellonella). By feeding on wax and honey, they cause great damage, so he removed them and placed them in a plastic sheath. Hours later he realized that the plastic was drilled and escaped.

From there came the investigation. They have researched jointly with the University of Cambridge and have shown that worms are very effective in the degradation of polyethylene. For example, 100 granules can degrade 92 mg of polyethylene in 12 hours. “This is very fast,” said Bertocchini.

The annual production of plastic bags is 80 million tons of polyethylene, for example, making plastic bags very difficult to degrade. For example, thin wallets take about a hundred years to break down. Very corrosive liquids are used in chemical degradation, although months are needed. Polyethylene degradation tests have also been performed with bacteria, but the process is very slow.

Thus, researchers believe that Galleria mellonella can be a good solution. In addition to the worm itself, they have seen the cathode degrading polyethylene with a single contact. According to researchers, it may be degraded with some enzyme. Therefore, the next objective is to clarify the degradation mechanism to identify the possible enzyme and generate in vitro at the industrial level.