If you ask any young physicist today what protons are composed of, he will answer you with quarks. Twenty years ago "I don't know!" the most frequent response. The origin of this modification is the study carried out around 1970. These investigations have changed the image of the proton structure on the one hand and, on the other, have allowed the Nobel Prize in Physics this year to be presented to the Americans Jerome Friedman and Henry Kendall and to the Canadian Richard Taylor.

The so-called End Station A of the SLAC.

Friedman and Kendal Massachusetts are professors at the prestigious MIT and Taylor is a professor at Stanford University in California. In 1970 all three of them led the team working on the Stanford Linear Particle Accelerator (SLAC). The work done at the SLAC was not newspaper headlines, but they were very good.

Since 1967, SLAC is the longest electron accelerator in the world. It has a length of three kilometers and electrons accelerate from one end to another by the energy provided by the electric fields. At the end of the accelerator, where electrons arrive, there is a large room called End Station A. In 1967 Friedman, Kendall and Taylor installed their detectors to catch electrons.

First, electrons touch the liquid hydrogen target. Many electrons will directly pass through the electron, but some are dispersed because protons have come out of their path.

Three researchers wanted to measure the angle and scattering energy of electrons.

In the late 1960s protons and neutrons were suspected to be divisible. These elements are called quark and their existence was proposed by Murray Gell-Mann and George Zweig in 1964. The proposal was totally theoretical and was based on the symmetry of subatomic particles. As Kendall said, "in 1964 quarks were considered a mathematical trick." 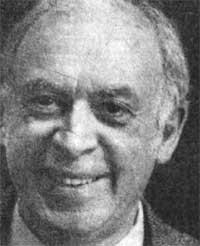 When the SLAC-MIT group started working in 1967, it did not intend to study quarkas. The accelerator can provide an energy of 20 gigaeletronvolts. In this immense energy state, electrons act as points of space and can resurrect the nucleus of protons. Previous dispersion experiments indicated that the proton load is on a surface of 10-15 m in diameter. Being a very small surface, high energy electrons were thought to have very small deviations.

However, SLAC data began to show otherwise in 1968. The deviation angles of the electrons were greater than expected. The culprits began to think that they could be some subatomic components of protons and there were quark theories...

These results were induced to new research. In this sense, the results of the experiments carried out at the SLAC for 1974, the CERN of Geneva and the Fermilab of Illinois showed the existence of quarks. However, so far the quarki has not been isolated.

Chemists dedicated to pure chemistry have received with satisfaction the news of this year's Nobel Prize in Chemistry: a chemist has long been awarded and not a biologist or a doctor.

The winner of the award was chemist Elias Corey from Harvard University. He revolutionized the field of organic synthesis, the synthesis of organic compounds. 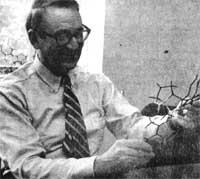 Corey launched a new strategy to address a new organic synthesis (the design of a chain of reaction that provides a specific product). It was called retrosynthetic analysis. Corey raised the analysis from behind. It was dedicated to breaking the parts that constituted the compound objective, taking into account the ties that had to be broken. So he behaved until he got the smallest and simplest parts. He was able to reconstruct the entire molecule from these small fragments, using in each step the simplest and most effective reactions.

This is very useful when considering a synthesis of natural molecules. And so it has happened. Natural active products, which were previously very scarce and expensive, have become abundant and cheap due to artificial synthesis by applying retrosynthetic analysis.

Corey has synthesized a hundred compounds, including the active substance (+)-ginkgoline of the ginkgo tree. Consider selling this product to treat asthma and traffic problems 50,000 million pesetas. gather around the world.

Organ transplants have now become relatively common hospital practices. At least they don't surprise much. However, organ transplants were considered an imperfect dream. Two American pioneers in medicine have received this year the Nobel Prize in Medicine and Physiology.

R. Donnal Thomas is a hematologist specialized in oncology who promoted spinal cord transplantation. The technique developed by him has allowed the survival of thousands of people. Spinal cord transplantation can cure leukemia, some types of anemia, and some genetic diseases. More and more transplants in the world: In 1980, 500 were made and 5000 are currently made, with 50% survival. 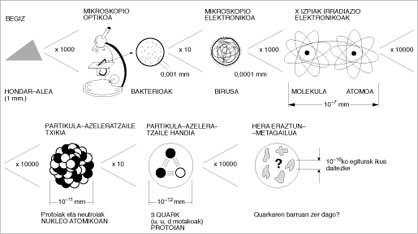