“What is there for dinner?” Pests on the menu of bats

The global overpopulation will pose in the coming decades a great challenge for the satisfaction of human food needs. This is not enough, and the pests only aggravate this crisis situation, which largely destroy annual agricultural production. Fortunately there are among us insects, bats, which are “threats” to many plagues. 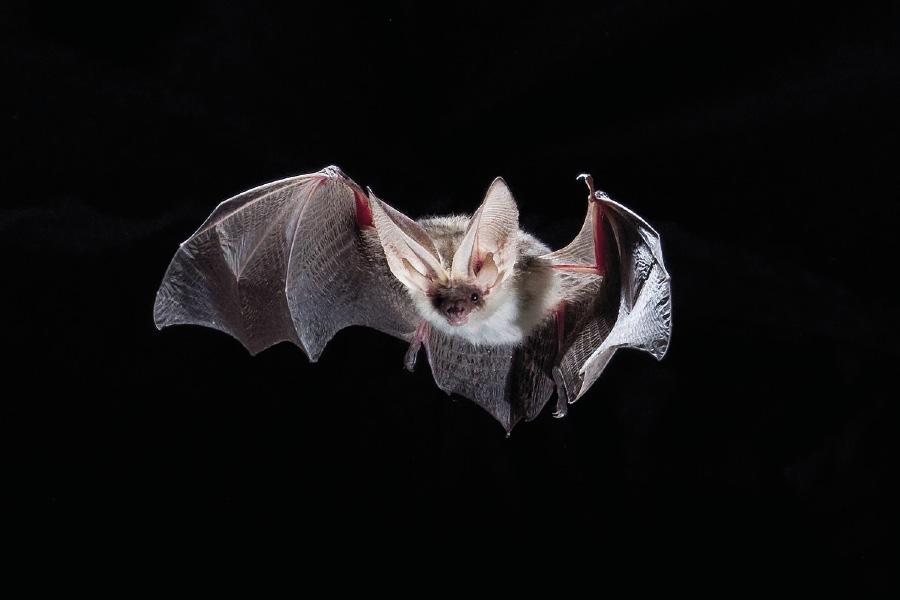 The arthropods considered as pests have a great economic and social incidence in the primary sector, especially in the agricultural and forestry sector, which destroy between 20 and 50% of the world's annual production [1,2]. Given this worrying situation, in many countries it has been committed to the use of pesticides and chemical insecticides, without taking into account the problems that this entails. The pesticides, in addition to causing serious damage to our health and the environment, produce negative effects on the organisms that can promote the biological control of the pests, since they cause the death of natural enemies of the arthropods and, therefore, the decompensation of the trophic chains. As if this were not enough, in recent decades many pests have developed resistance to these chemicals and the problem has worsened even more [3].

Fortunately, in recent times, the interest and passion for the environment have led the population to bet on sustainable agriculture and selviculture and, in this sense, has promoted the search for sustainable alternative methods to maintain pests at an acceptable level, opening the doors to the biological control of pests.

In short, biological control consists of the control of pests through other organisms and, normally, requires the active intervention of man. Multiple biological agents can help us control pests, such as predators, parasitoid insects (whose larvae explode and kill pests), fungi, viruses or bacteria, all of them essential because they allow us to maintain pests at an acceptable level respecting the environment. The bats have been the last to reach the biological agents club.

Bats of hate to admiration

Nocturnal beasts, blood suckers, flying rats, vampires, demons… For a long time, driven by ignorance, these mysterious nocturnal animals have been hated, despised and attacked until they can endanger the disappearance of the populations of many species. It seems that the novel Dracula, written by Bram Stoker, did not benefit the bats at all, since they have been presented for many years as bloodthirsty beings of the night, even though only three of every 1,300 species known in the world are blood-bloody (only in South America and Central America). What's more, there is a single species that feeds on the blood of mammals and, in general, is served by mammals that inhabit the jungle, so it's time to put aside the old legends. Fortunately, over the years, studies carried out on these curious animals have alerted us to the ecosystem services offered by bats, and today bats are considered essential.

Figure . Virtues of bats: A) be pollinating; B) be seed diffuser and C) be an exploiter of pests. ED. : S.U. Fish and Wildlife Service Headquarters, BbIX> bIXMaHH/CC BY-SA 3.0 and Merlin Tuttle.

Bats, although for many it is incredible, have incredible virtues, not one, not two, but three.

Two of them correspond to nectarivorous and frugivorous bats that inhabit the area of the tropics and ecuador. In the evening, the first ones feed on flower nectars that, in exchange, disperse pollen grains and guarantee the dispersion and survival of various plant species: agabe (used to produce tequila), avocado, banana, cocoa, figs, mujica and other fruits (2A). Image). On the other hand, the second ones somehow calm the serious state of deforestation that are suffering from tropical forests, since, after the ingestion of fruits, the seeds are dispersed through the feces and promote the process of reforestation of forests and forests [4] (2B). Image).

The last virtue corresponds to the arthropod bats (2C. Image). Their diet habits cause bats to be hunters of tireless arthropods, since in one night they can ingest as many insects as their body mass, so it has often been said that they provide an ecosystem service as biological control against mosquitoes transmitting many diseases and phytophagous insects of crops[5]. Until recently, however, some basic aspects of ecological knowledge about these flying mammals have been unknown, among which is the list of specific species of prey which, despite their difficult belief, are part of the diet. However, thanks to various molecular techniques developed a few years ago in the field of genetics, such as mass sequencing, [6] we have discovered the importance that bats can have in the dynamics of pests.

There are many insects that affect forest plantations and agricultural crops; some of them are considered modest pests because the damage they cause is not of great impact; others, however, can cause losses of millions of euros, with a strong pation in the production of raw materials from agriculture and forestry [7]. Most of the products of the primary sector that we consume in our day to day are also of interest to insects: In the Basque Country, for example, the grapes used for the production of txakoli and wine are highly appreciated for various insects; the apples used for the production of cider are an unbeatable source of food; potatoes also have hungry visits that are not welcome; olive groves, various fruit trees, vegetables, cereals ... all have strange visitors, but they are also the guardians of our masses: the bats. 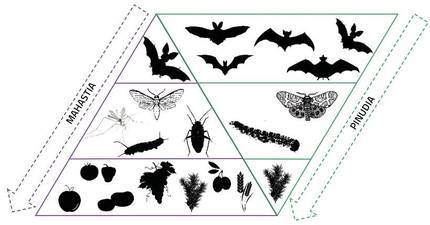 To this day, although some of these questions are still not able to answer them, we have obtained many others. Thus, in a study carried out in the wine system of Rioja Alavesa, it was analyzed that a single species of bat could consume 55 species of plague, of which 25 are considered of great importance or impact that cause serious economic damage. It was found that insects had been exploited from the crops of great economic importance mentioned above, such as plantations of vineyards, olive groves, potatoes and cereals, and plantations of apple trees, vegetables or pines. It is clear, therefore, that the only species of bat can exploit many types of pests, but, on the contrary, can several species of bats consume the same type of pest?

To answer this question, we resolved to what extent the bats eat the adult phase of the processioner (Thaumetopoea pityocampa), the plague of southern Europe. To do this, we analyzed the diet of ten bat species in different regions of the Iberian Peninsula, in which pine forests abound, and saw that seven of them consumed this species. This indicated us the importance that can have the species of very diverse hunting modalities, with hunting places, ecoenclaves or very varied flights, as the different species of bats, in the dynamics of this plague.

Taking into account what has been said so far, a more prosperous and hopeful future is expected. Unfortunately, the future of bats and other millions of existing species, many already missing and a million species in danger of extinction… It is a future conditioned by the species Homo sapiens (“wise” man), responsible for the destruction. The history of the Earth has been marked by the last 4,000 million years of life, an evolutionary line full of ups and downs, which has suffered five massive extinctions, climate change and sea level changes, as a witness to the destruction caused by the force of meteorites and volcanoes, in some way “natural destruction.” Today, however, we live in the geological time of Anthropozene, and the sixth mass destruction is underway; a newborn species is capable of dominating others, without balance, governs them to their liking, has become the plague of life, uncontrollable, is declared “wise”...

To finish, Elizabeth Kolbert in her The 6th Extinction: In An Unnatural History I would like to highlight for reflection the written words: “It is usually said that the beginnings are lost in the dark, and that is what is happening in this story. History has begun with a species born about two hundred thousand years ago, which still has no name — nothing has a name — but nevertheless has the power to name things.”