COVID-19: debate on the delay in the second dose of vaccines

The third wave of covid-19 and the shortage of vaccines have led many countries to rethink vaccination campaigns. In the case of the UK, for example, the possibility of delaying the second dose of the vaccine is being studied, in order to get as many people as possible. But the decision has left many opposing voices. In fact, virologists warn of the risk that the virus will develop resistance.The British Medical Journal has published several opinion articles with these voices. 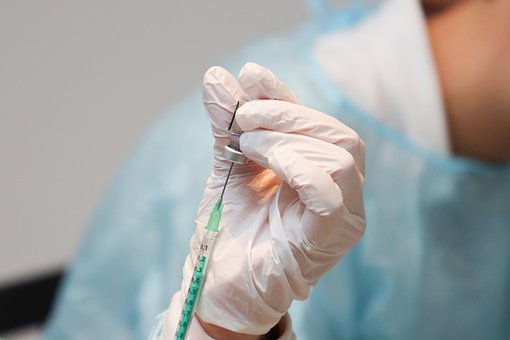 Ed. Pixabay Pixabay
The proposal to delay the second dose of vaccine has provoked a great debate. Among others, one of the two vaccines being used in the UK, that of Pfizer/BioNTech, based on MRNA. Cell enzymes rapidly degrade SNA and, for the first time it is used in humans, there is not enough data to know the duration of protection at a dose. Although MRSA has been introduced into lipid nanoparticles to improve the transport and duration of the vaccine, the Pfizer and BioNTech companies have indicated that the safety and efficacy of the vaccine has not been evaluated in the different dosing ranges, so they cannot ensure that with a single dose the protection is maintained from 21 days. The same happens with Moderna.
The European Medicines Agency and USA He has also expressed concern and claimed that the second dose of Pfizer/BioNTech and Moderna vaccines should not be implanted later than 42 days. What's more, remember that any change in deadlines would imply a change in marketing authorization and that more clinical data would be necessary to protect it.Otherwise, the agency would consider it as an unauthorized use. In fact, many experts fear that those partially protected people will not be affected by the virus.
The case of the AstraZeneca-Oxford vaccine is different. It is not a vaccine based on MRNA, but an adenovirus based vaccine and there is no risk of degradation of MRNAS. The principal investigator of the vaccine, Andrew Pollard, has defended the delay in the second dose of this vaccine, since in the case of vaccines developed with other diseases, in many cases better results are obtained. Remember that in the vaccine against the human papilloma virus, for example, at the year of taking the second dose, an immune response is better than if given per month. In the vaccine developed by them against COVID-19, a 70% protection is also achieved with the first dose, and instead of four weeks later, if the second one is delayed to 2-3 months, it gets three times more immune response.
But, in addition to the level of protection, the resistance of viruses is also at stake. Paul Bieniasz, the virologist who investigates mutations of the SARS-CoV-2 virus at Rockefeller University, has said that if we greatly delay the second dose, we would run the risk of producing vaccine-resistant viruses. “If we wanted to get a strain of vaccine-resistant viruses, this is what we would do: put a group of partially immunized people in the midst of a focus of virus infection,” he recalled.
In view of the problems it can cause, some researchers have mentioned a third option to save doses: the possibility of adding to a single dose people who have already exceeded covid-19. Perhaps it is enough for them with just one.
Despite what is decided, the British Association of Immunology has requested transparency. He points out that it is essential to make available to all people the scientific evidence behind the decisions. In fact, trust in society's vaccines has already been quite damaged, and that confidence is one of the keys to the success of vaccines.