“Research allows us to grow and evolve as a person” 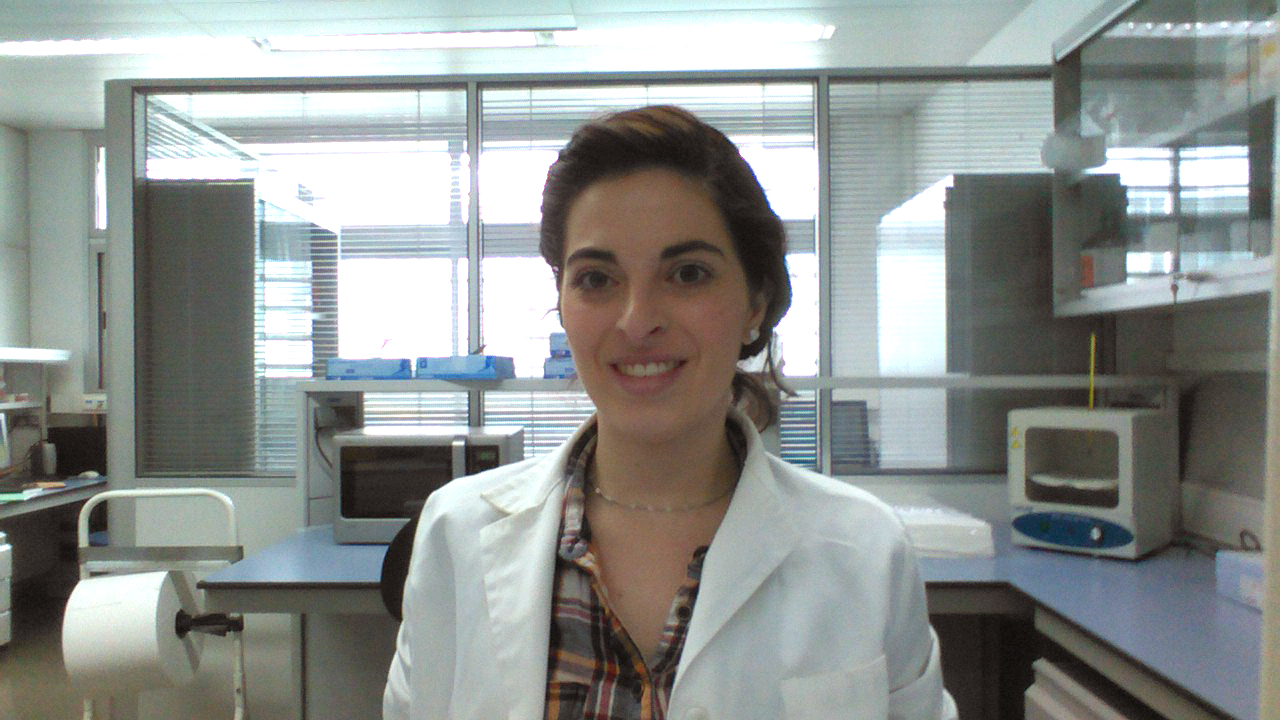 Naroa Kajarabille García is living a very special moment. In fact, he has just presented his thesis and has confessed that at this moment he feels “very satisfied and full of doubts about the future”. No wonder, since he had been waiting for the day of presentation of the thesis for a long time and now, after the day, he realizes that nothing has ended. Conversely, it is at the beginning of another stage.

When it comes to publicizing the trajectory that has followed to reach the place where it is located, he stressed the importance of going to Granada: “I started my biology studies at the University of the Basque Country and, in the third year, I entered the laboratory as an internal student. Then I had the desire to do my doctorate. I asked for a Seneca scholarship and with it I came to Granada to do fifth year. Thanks to this I discovered that there was a master's degree in human nutrition and I decided to do so, because I have always liked the relationship between biology and food. And so I began here to learn, to investigate and to enrich myself on a personal level.”

In fact, for Kajarabille the best thing to be a researcher is that it is not limited to the professional field but allows to grow and evolve as a person. “For example, in my area we collaborate people from different disciplines (biologists, meurologists, doctors...) and each brings their views. That is very enriching. And at the same time, everyone has their own way of working; then, do not miss the opportunity to adapt and you are also changing. It’s hard, but it fills you.”

Proof of this was your stay in London: “In London I had the opportunity to be with people from different places, each with their culture... It was a luxury.”

Both professional and personal

He is also satisfied with what he achieved in the professional field. During pregnancy and lactation, the consumption of polyunsaturated fatty acid DHA has studied the influence it has on the health of the child and the mother, specifically on bone metabolism and oxidative stress. And he concludes that it has a very positive effect. He explained that DHA has a major importance in the development of the nervous system and vision. “In our study we have forged that it is also beneficial in the development of the skeleton and in the antioxidant system”.

According to Kajarabille, some foods are rich in DHA. “Blue fish, salmon, walnut, flax and pumpkin seeds, for example, have a lot of DHA, so people who do not have dietary deficiencies do not have DHA deficiency. However, we have seen that taking the DHA additive is beneficial even for those who have a balanced diet.” In addition, the benefit is not only perceived by children, but it is also beneficial for mothers to take DHA.

In announcing the work done in the presentation of the thesis, he received the “double prize”: on the one hand, becoming a doctor and on the other, the possibility of postdoctoral studies. He was very excited about what happened: “I saw that among the members of the jury there was a researcher who interests me a lot. It is Swedish and when I presented the thesis I thought I had to approach her. But it was he who approached me! He asked me if I intended to continue investigating and if I would go to Sweden or Norway.”

It is still early to make sure you are going there, but you may continue your research career. For Kajarabille, the dream would be to come true.

Naroa Kajarabille García was born in San Sebastian in 1986. After studying Biology from the University of the Basque Country, he completed his Master's degree in Human Nutrition at the Faculty of Pharmacy of the University of Granada, where he received his doctorate from the same university in the Department of Human Physiology. She has investigated the consequences of applying DHA supplements to the mother during pregnancy and lactation, both in oxidant stress and in the maternal and neonatal skeleton.