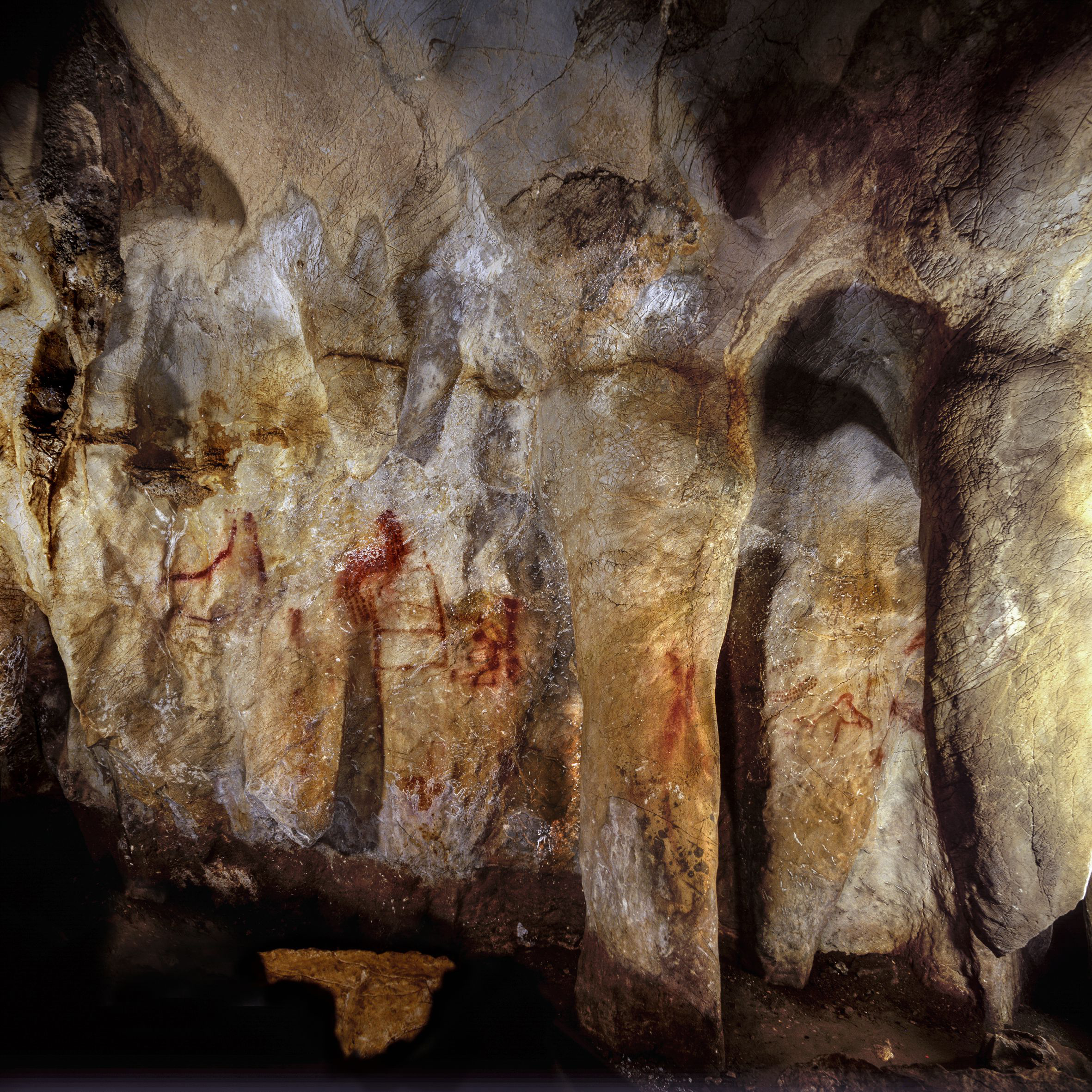 These images of La Pasiega have shown that they are over 64,000 years old and were made by Neanderthals. Ed. P. Saura/Science

International researchers have shown that the oldest known murals in Europe are 20,000 years before or even older than modern man arrived in Europe from Africa. It follows that they are made by Neanderthals.

For this purpose, the uranium/thorium disintegration dating technique has been used in three caves of the peninsula: La Pasiega (Cantabria), Maltravieso (Cáceres) and Ardales (Málaga). The three carry murals made by Neanderthals (animals painted in red and black, claviform signs, points, negative hands…). The layer of carbonate on them, dated, has discovered that they are at least 64,800 years old, so they were made by Neanderthals.

The shells of the Cave of the Planes have concluded that they are 11,000 years old. Ed. J. Zilhão

In addition, in another study the shells of the caves of Cueva de los Aviación and Cueva Antón (Murcia) have been analyzed. So far, the oldest symbolic objects are some of those found in Africa, 92,000 years old and considered made by modern man. Well, some of these shells are perforated and painted in red and yellow, and research has revealed that the elderly are 115,000 years old. That is, they were also made by Neanderthals. According to the researchers, this shows that their symbolic thought did not differ from modern man. The study has been published in the journal Science Advances.

Finally, from the prestigious Neanderthal skeleton La Ferrasie-1, an international group led by UPV researcher Ikerbasque, Asier Gomez-Olivencia, has. It was discovered in the cave of La Ferrassie (Dordogne) in 1901, is between 40 and 54,000 years old and, by its almost totality, has served to meet the Neanderthals.

In this last research they have used computed tomography, which has allowed them, among other things, to know that it had broken the collarbone, among other injuries. They have also investigated the ossicles inside the ear and found more evidence to reinforce the hypothesis that it was buried. All this has been announced in the Journal of Human Evolution.