Tyrrell had little hope. I knew it was almost impossible, but I also knew that if someone got it, Almeida would get it. And we got it. The images were wonderful. For the first time they could see those viruses. When they met to talk about the discovery they were named coronavirus.

June Dalziel Hart was born in Glasgow (Scotland) thirty-six years earlier, in 1930. Despite being a brilliant student, his parents had no money to pay for their university studies and had no choice but to start working at age 16. He joined as a laboratory technician at Glasgow Royal Infirmary Hospital. It was dedicated to histopathology, that is, to the microscopic study of textile samples of patients. He then moved to London, St. Bartholomew’s Hospital and continued the same work. He loved working on the microscope.

In 1954 he married the Venezuelan artist Enrique Almeida and thereafter June Almeida, even after his divorce. That same year they traveled to Canada, where they also found a way to keep looking under a microscope. In fact, the new Ontario Cancer Institute was looking for an electronic microscope technician. There he worked for ten years.

In Canada, despite not having an academic background, he had the opportunity to develop as a researcher. And he made it clear that he was a brilliant researcher. It showed that the negative dyeing technique could be very useful for the study of various biological samples. The sample is dyed with an opaque substance for electrons (Almeida used phosphowolframic acid), which allows a much clearer visualization, such as neurons and viruses.

Added to this technique was Almeida, created in the 1940s, which did not develop until Almeida refined the technique: the use of antibodies for virus association and thus facilitate its visualization under a microscope. In a work published in 1963 he showed that the joint use of both techniques was very useful to detect and see the structure of viruses.

In 1964, microbiologist Tony Waterson, aware that Almeida’s work was a leader, offered to join his research team at the prestigious St. Thomas’s Hospital in London (now King’s College). So he returned to London. He started working with hepatitis B virus and cold virus. And he continued to refine the antibody technique. With his work in Ontario and St. Thomas’s, Almeida also earned his doctorate.

In 1966 Waterson and Almeida began to collaborate with doctor David Tyrrell. Tyrrell, director of the Common Cold Unit, a unit of the UK Medical Research Council. To investigate the cold, every fifteen days, they received 30 volunteers. To attract volunteers, they were advertised in newspapers and magazines as an opportunity to spend a different holiday and offered a little money. They were infected with viruses that they believed could cause colds and should be in small isolated groups for 10 days south of Salisbury. 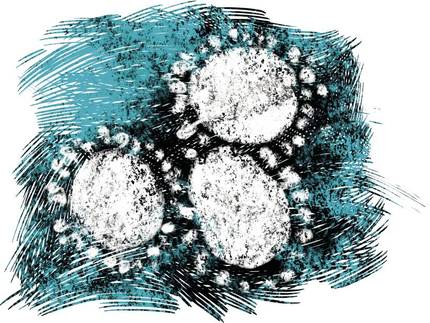 Tyrrell's team tried to grow these viruses in the laboratory, in cell cultures, to avoid using volunteers. And with most of the viruses they were getting good results, but there was one they called B814, which in no case managed to replicate in the cells. From the tests that were carried out, they were clear that it was a virus that caused the cold symptoms by infecting volunteers. They had to get some detection of the virus.

Tyrrell had heard that Almeida was expanding the scope of the electron microscope to new limits. And when he challenged him on the table, Almeida told him yes, that he would find that virus.

Tyrrell was pessimistic. He knew that all the experts said so, without purifying and concentrating the virus it was almost impossible to see it under a microscope. But they would not lose anything to try. Several samples were sent to Almeida: The B814, who knew two others well: the flu and herpes.

“It exceeded all our expectations. He identified the known viruses and their images wonderfully showed their structure — Tyrrell would write in his book Cold Wars — but, more importantly, he also saw the viruses in the B814 sample.”

Almeida soon realized that these viruses were very similar to others she had seen before: the bronchitis of hens and the hepatitis of mice. They did not accept the article about them, arguing that they were just bad images of the flu virus. But now Almeida was very clear that those who were then another type of virus and now.

Almeida, Waterson and Tyrrell met at the Waterson office to analyze the results obtained by Almeida. “We were sure it was a new type of virus,” Tyrrell would write. “We looked at the appearance and realized that viruses had a kind of halo around them. In the Latin lexicon appears the crown. Thus was born the word coronavirus”.

Almeida also obtained the first images of the rubella virus. And one of his main discoveries was to discover that the hepatitis B virus has two components. Although in 1985 she abandoned science to devote herself to other tasks, her daughter would write “she could never leave electron microscopy.” And in the late 1980s he returned to St. Thomas as an advisor. With their invaluable help they obtained the first images of the AIDS virus, HIV. 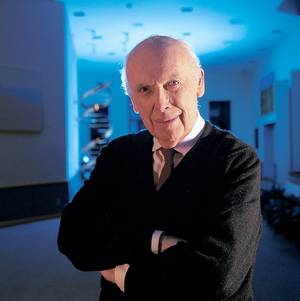