In space they have looked for a four-carbon sugar molecule, eryrulose. Adapted from The Journal of Physical Chemistry Letters.

Scientists have been identifying molecules of biological interest in interstellar space for years, discovering prebiotic molecules and discovering the origin of life. Great efforts have been made in the search for amino acids, nitrogenous bases, fatty acids and other biomolecules, but the detection of sugars has been difficult so far, since the inability to evaporate sugars prevented creating a detection method. However, the UPV Spectroscopy Group has developed the way to evaporate red blood sugar and look in space.

Because the space is full of molecules, it is necessary to characterize previously in the laboratory with great precision the molecule to be sought. This will provide astronomers with information on the spatial search of the molecule using powerful radio telescopes. For the characterization of these molecules rotational spectroscopy is usually used, using gaseous phase samples. Sugars are solid and the problem is that when heated and passed to the gas phase, caramel is formed. That is, they do not evaporate, decompose and transform into smaller molecules. But the researchers of the UPV have managed to develop a technique of evaporation so that this sugar passes to gaseous state, avoiding the process of decomposition.

At the moment, they have managed to evaporate the red blood sugar and, although they have tried it, they have not been able to detect it in the interstellar space. However, by obtaining a general methodology for evaporation of any sugar, researchers say that they will facilitate the process of detection of sugars in space. The work has been published in the journal The Journal of Physical Chemistry Letters. 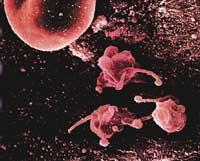 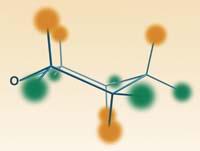