Male contraceptives, always for the future 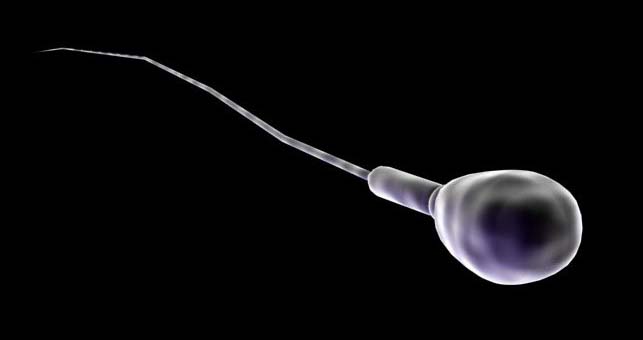 Representation of a sperm. - Ed. Spanish Sciences/CC-BY-SA 3.0
The wage gap, the double day, the responsibility for care, sexual harassment... along with these indicators of gender discrimination, there is another that often remains silent: the responsibility for pregnancies. Proof of this is the difference in contraceptives for women and men: although women have eleven methods to choose from (always for those who can choose), men only have two: condom or condom and vasectomy.
Behind this difference there are no biological or physiological reasons, but social and cultural: haurgy is a matter of women and their impediment. But in practice it is not very effective: in the world, half of pregnancies are involuntary. The fact that men have more contraceptives in their choice would not only not change the situation, but would mean that something has changed: men care more about reproduction than until now.
In fact, in recent years there has been more than one male contraceptive that has reached the last stages of clinical sessions, but has not obtained marketing authorization because it has not received the necessary economic boost. In other words, pharmaceutical companies have not found a good deal.
In 2016, for example, clinical sessions of a hormonal contraceptive for men were suspended for side effects. Not by being larger than those affecting women, which were acne, mood swings and fattening. That is, similar to those many women have. But, unlike women, the company expected that men would not accept them, so it decided not to continue the investigation. The same happened two years later, in 2018, with another contraceptive: syringe injection was effective and safe, but the administration was not well received.
However, according to the journal Nature it seems that something is changing, since it is being investigated in more than one male contraceptive, here and there. For example, II clinical sessions. At this stage there is a hormonal contraceptive that carries testosterone and a synthetic progestin. A positive aspect compared to previous studies is that it is a gel that is introduced extended into the skin. At the moment it has yielded good results and although COVID-19 has suspended the collection of volunteers for clinical trials, they expect the 400 heterosexual couples they need to arrive soon in the United States, Europe, South America and Africa.
Apart from hormones, reversible methods that prevent sperm from passing are being tested. One of them is the so-called RISUG. It is being developed in India and is based on a hydrogel (tubes cut into vasectomy) that is injected into different tubes. Hydrogel components effectively and safely inhibit sperm. For its recovery simply undo the hydrogel. Now it is the III. is in phase, that is, in the last one you have to overcome to receive marketing authorization.
It would be good news that these contraceptives or the like came to market and, better yet, that they had a good reception and that men shared responsibility for pregnancies.