Areas of Natural Interest of Gipuzkoa

Last week of October, the last week of the awareness campaign, the Provincial Council of Gipuzkoa presented at a press conference the report entitled “Study of the spaces of naturalistic interest of Guipuzcoa”.

Apart from the date on which the press conference was convened (the report could be presented exactly the same one week later without losing the current spirit after the elections), another thing worried me that day, the attitude of our pro-Basque authorities for the public use of our language. The Basque diners spoke only in Spanish until we asked questions in Basque. Our magazine may not be the ideal place for this type of denunciation, but the pain that has taken us that day pushes us to it.

He touched the thread. Diputado de Urbanismo, Arquitectura y Medio Ambiente de Gipuzkoa, J. J. Mr. Zubimendi presented the study carried out for the definition of the natural spaces of interest of Gipuzkoa, promoted by his department. He previously said that such studies had been conducted, but that they had never gone through that step. The intention of his department would be to propose and adopt protective measures once the spaces of interest have been defined.

Then the well-known biologist Jesús Elosegi, on behalf of the team that has carried out the study, presented the criteria used. At first he said that the studies carried out to date were used as a starting point and have also asked the opinion of several experts. The selection made, as some places did not appear - mentioned the park of Laurgain of the Council -, stressed that some would surprise them, but this is due to the criteria used. However, he noted that these criteria are debatable. He also noted that most of the selected areas have a reduced surface, which is due to the human pressure existing in Gipuzkoa.

On the other hand, five other larger areas (Jaizkibel, Aiako Harria, Izarraitz, Aizkorri and Aralar) have been defined, grouping smaller areas and requiring special treatment.

The first criterion used in the choice of protection zones has been that of not taking into account urban nuclei and urbanizable land. Other criteria have been:

According to these criteria, 38 areas covering a total of 4,823.2 hectares have been defined. In addition, there are the five districts that we mentioned above and that can be like parks, totaling a total of 20.205 hectares. 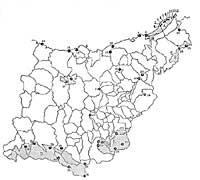 By way of valuation

The definition of which part of Gipuzkoa is worth protecting on the part of the Provincial Council of Gipuzkoa seems to us very appropriate and more if rapid protective measures are adopted. And it is that Gipuzkoa is in an unfortunate situation from the point of view of the protection of nature, as we denounce in annex number 13 of the TAV. However, I believe that the choice of spaces to protect has been short. I think minimalist criteria have been used. 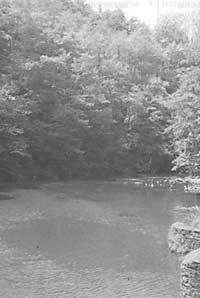 I find it short that they have stayed in three points. First, the conservationist objective has been used, keeping what little we have. The recovery of areas or areas of interest such as the Zarautz marsh 1 is not considered. On the other hand, and at the present time of raising protected spaces in the world, areas that will act as buffer zone mattresses are also defined. In this project none of these actions have been carried out and in my image, since the protected spaces are very small (many of 1-2 Ha) it is necessary to define mattress zones.

And finally, maintaining the new trends of nature protection, I think it is wrong not to take into account the future of traditional agriculture and livestock that has shaped the current landscape. Let's take an example. Today, the typical landscape of Britain (fields and meadows surrounded by plant hedges and bushes scattered among all) is being lost due to the new agricultural technology that is changing its ecosystem. At the same time, the soil is impoverishing (they increasingly need more mineral fertilizers to maintain their production) and many animal and plant species have life problems. The British are very concerned about the disappearance of the "traditional British landscape". 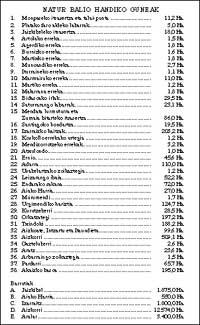 1 Here I want to make a note, as it was mentioned in Leizaran at the press conference. We all know that in the current situation only the river and its surroundings (valley bottom) have special ecological interest, since the mountain is repopulated with replanted pines. With a policy of adequate ecological recovery, in the future (within about 25 years) it cannot be denied that Leizaran is the most important natural park in Gipuzkoa. There are many examples in the world, but politicians have opted for short-term performance.