Genetically modified crops on the market

Last week the Spanish Senate passed the bill regulating the use and marketing of genetically modified organisms.

Of the amendments presented, only five, three of the Popular Party and two of the Basque Nationalist Party were approved, all of them approved before the project reaches full, so the project will return to the congress with few changes. The Popular Party dismissed all amendments submitted by the opposition, mostly favorable to increased controls and guarantees and increased regional competition.

The bill repeals current legislation. The current one follows the law of the European Union and with the new law is intended a better adaptation to it. In addition, they aim to respond to new demands for the use and marketing of GMOs. However, there are no major changes to the current law.

The bill is based on the principles of prevention and caution, that is, that it will act diligently to avoid any harm to consumer health and the environment. To do this, each request will be analyzed, each case and step by step, a step will never be authorized to guarantee the security of the previous one.

In the register of commercial vegetable varieties of Spain there are two varieties of genetically modified corn: Compa CB and Jordi CB. Approved in 1998 and marketed by Sygenta. Both have the same genetic transformation to be resistant to the corn hole. 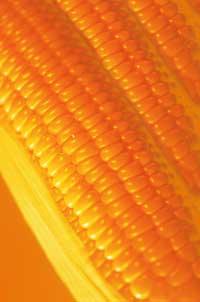 Conventional maize hole treatments are ineffective, making it one of the most harmful pests in maize plantations and leading to significant economic losses. In the most serious cases, the farmer loses 30% of the crop due to the borer.

The harvest-resistant corn is cultivated mainly in the valley of the Ebro, Albacete, Toledo and Badajoz, that is, in places where the harvester is more problematic. To a lesser extent it is also cultivated in Navarra, Madrid and Girona. In total, some 20,000 hectares are cultivated in Spain.

In addition to maize, a transgenic soybean produced by Monsanto can be imported and marketed in Spain and the European Union. This soy has been transformed to be tolerant of herbicide glyphosate and sold since 1996 by several American companies.

What rules should the transgenic plant meet?

The laws regulating transgenic plants are very strict in the European Union and in Spain. For the acceptance of new varieties the precautionary principle is always established, so a genetically modified organism must have several authorizations before its marketing.

First, the Commission must adopt a favourable decision and publish it in the official journal of the European Communities. To do this, the committee of experts must conduct a study and verify that it does not cause any harm to human health and the environment.

It must also comply with the new food and component regulations and, where appropriate, it is published in the Official Journal of the European Communities. This regulation regulates both authorization and labeling. As for the label, it should be noted that when accidental contamination occurs, the part or component genetically modified is less than 1%, it does not have to appear on the label.

On the other hand, to market new genetically modified varieties, it must appear in the register of commercial varieties. Previously, the order authorizing it must be included in the Official State Gazette published by the Ministry of Science and Technology. Unlike varieties improved by other means, genetically modified varieties require a follow-up plan. On the one hand, it controls the fulfilment of the objectives of genetic transformation and, on the other, the influence on other species.

Finally, if new varieties need a new herbicide, they must obtain prior authorization from the Ministry of Agriculture, Fisheries and Food. For the grant of this permit, the doses and use of the herbicide are decided, so that the herbicide dose is effective, but ensuring its safety for the environment and animal and human health.

GMOs around the world 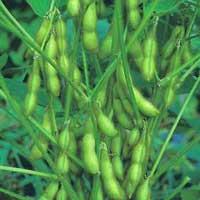 The organization responsible for the applications of biotechnology in agriculture, ISAAA, tracks GM crops. According to data provided by this organization, the area occupied by GM crops grew by 12% between 2001 and 2002, representing an increase of approximately 6.1 million hectares with genetically modified varieties. The total area planted is 58.7 million hectares; considering that 1.7 million hectares were planted in 1996, GM crops have grown considerably.

In hectares, the countries that have planted the most surface have been the USA and Argentina. In the USA 35.7 million hectares were cultivated in 2001 and 39 in 2002. In Argentina, despite the worsening economic situation, 13.5 million hectares are already cultivated, compared to 11.8 in 2001. Between these two countries, plus Canada and China, they occupy 99% of the land planted with GMOs ( see map). 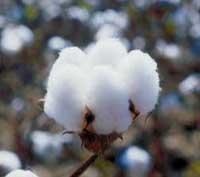 Europe continues in the last places. In 2001 there were no changes in Spain, France and Germany. Outside the European Union, Romania and Bulgaria planted GM soy and corn varieties.

As for the species of GMOs that are cultivated, the most cultivated is soy (63% of GMOs). It is followed by corn (19%), cotton (13%) and rape (5%). Most of them, 75%, are varieties transformed to be herbicide tolerant and 15% to be insect resistant. 8% of the varieties have both characteristics.

In addition, for the first time transgenic soy has been advanced to the common soy, which represents 51% of the soybean that is grown in the world. For its part, GM represents 20% of cultivated cotton and GM maize has gone from 7% in 2001 to 9% in 2002.