Eragio, boy, to the previous drummer 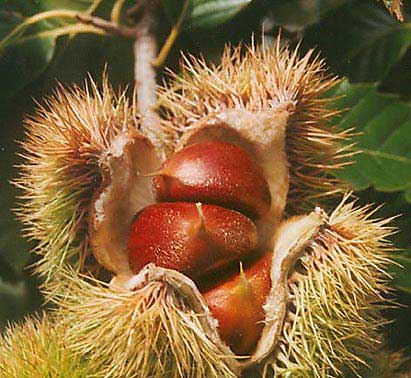 European chestnut trees are threatened. In fact, the disease of ink is spreading more and more and in many places the chestnuts are seriously damaged, among them those of Euskal Herria.

The ink is produced by a fungus, the Phitophtora cinnamoni. It settles in the roots, from where you access the tissues of the tree. Over time, the tree weakens, loses leaves and finally dies. Access to treatment roots is not easy and other ways have been tested such as hybridization or the search for chestnut with own resistance. But the results have not been good.

Now, a group of Galician researchers are considering finding genes resistant to the fungus and introducing them into the DNA of chestnut. Thus, transgenic chestnuts would prevent this disease. To begin with, the genes of the plants of Arabidopsis thaliana, whose genome is decoded, are being studied. Four genes that can provide resistance to ink have already been identified and the bacterium Agrobacterium tumefaciens will be used for its introduction into chestnut DNA.

This technique has already been used in the USA. to fight the rust that damaged their chestnut trees. However, much work remains to be done, and it does not seem that next winter we can eat transgenic chestnuts that resist the disease.