Starting point for criteria on biotechnology

The measurement of the balance between the benefits and the damages that can be derived from this area is not limited to scientists or jurists, much less professional politicians and pharmaceutical or agricultural industries. It applies to all citizens.

In the last year there has been much talk about biotechnology and genetics, comparing it with what has been spoken so far. Fortunately or unfortunately, public attention is largely due to the issue of dense cloning. Fortunately, because the importance of such issues for all has become clear. Unfortunately, the bustle that has arisen around cloning has been largely a nonsense. Unfortunately also, because many closer and real genetic practices and techniques are hidden below the brightness of mythical cloning. Fortunately at the same time, in line with cloning, at least it allows us to talk about things that are done in the field of biotechnology, including agricultural applications, medical diagnostics and research projects.

All this, however, poses a serious problem that will become more serious. That is, what to do about this? Both as citizens when establishing general criteria, as well as the primary stakeholders that we may be involved. For this, we must first be informed. And there's the spoon: how and where to receive information?

I would like to contextualize the answer to this question in the current relations between science and society. The relationship, of course, is very complex and I will only deal with a small section, that of the public explanation of science. We must bear in mind that science occupies more and more space in our media. Both by increasing people's curiosity and by increasing the interest of scientists.

The first problem that arises in responding to the need for information is the difficulty of scientific disclosure. The treatment given to science in everyday non-specialized media is often not the most appropriate. Thus, it is also to recognize the difficulty of scientific disclosure, especially in those means that depend on speed. In addition, this difficulty multiplies enormously on “high impact” issues. That is to say, when communicating any scientific results that may have much to do with human problems. However, in these cases, the inadequacy of treatment cannot be attributed solely to the informant, since many times the scientists themselves also have some blame on this aspect.

So the second problem arises when measuring the information we receive. We cannot forget that there is a lot of science marketing. On the one hand, scientists, when publishing their findings or results, try to influence the most important consequences (although potential and often very scarce) that they can have. Acting in this way can be understood in the current context of addressing research funding needs, taking into account the need to express the influence of work.

On the other hand, the media, when it comes to disseminating the news created by science, choose the most striking points, in general the most relevant (not from the scientific point of view) and, why not, the most terrifying. This trend can be understood by the need to sell the product and by considering that the economic profitability of the space is optimized through the impact.

But this dynamic of legitimate interests involves focusing on the most striking and controversial issues or aspects, which generates a very slippery social perception of science. This conclusion makes it imperative that each party face its responsibilities. On these issues in which society has something to do, above all, we must respond to its right to receive understandable but direct and accurate scientific-technical information. And these kinds of topics are getting more and more.

The example of cloning has exposed several trends in public perception of science. Behind some experiments that could be scientifically very significant was the ordinary economic interest of the pharmaceutical industry. However, it spread first as an achievement in the field of research, with all its merit. But when the news broke out, the wildest speculations on all sides began to expand, and few worried about putting the slightest biological sense into these crazy discussions. Once the damage has occurred, it doesn't matter to start addressing the issue more seriously, as the imprint of excesses remains there for a long time.

The clonic animals that appeared after Dolly (cows, pigs...) have been developed from embryonic cells and not from specialized cells of adult organisms.

Scientists, doctors and experts, like any citizen, have some safe things but many others. They will have to answer how an animal can be cloned, but perhaps not for what. They will easily differentiate the resources and limits of a genetic diagnosis, but how will they help the relative make a decision? Or what attitude will they show to an insurer's use? They will know some of the biological and economic advantages and disadvantages of a transgenic fate, but not from the point of view of a peasant people. And in all cases it is similar.

Therefore, we cannot believe blindly all that is said to us, neither for good nor for evil. Not to what the new knowledge of biology (including science, technique and medicine) tells us that it will give solution to all evils, nor to what predicts an irreversible loss of the human being. Firstly because they send us much more than they can assure. It is also not necessary to suspect bad faith to be able to stop on these news twice. Just know that those who are doing high science need more and more public echo.

Remember, for example, the possible extraterrestrial life footprint of the famous Martian meteorite and the impulse it gave to the NASA program, although then the hypothesis of terrestrial pollution prevailed. Or, the last one, that of the asteroid that should undo the Earth in 2028: that the new calculations made in a few days after the opening of the new have been sent literally to the fret. Like these, Dolly's seems already a pretext for a succession of clonico-transgenic calves and pigs. But, of course, we are rarely told that in those other experiments the characteristic that Dolly made famous is not fulfilled or repeated again.

That is, these experiments have used embryonic cells and in the case of Dolly cells separated from an adult organism (which has also been questioned). Secondly, because the question is not to judge in isolation the possibilities offered by biology today and shortly, but in the context of the potential of science itself and the model of society. Many practices and techniques are not good or bad in themselves, but must be decided on the basis of the general consequences in the medium and long term, but that is what we often do not know. So what? In addition, we should always ask ourselves about the benefit of these practices and techniques and, when we only know, act accordingly. That is, if, from a country perspective, concrete and clear criteria are established, we can compete and argue against any other private economic or political interest, but not.

Therefore, many benefits and damages can be derived from this area and the measurement of the balance between them does not correspond only to scientists or jurists, much less to professional politicians and pharmaceutical or agricultural industries. It applies to all citizens. Because our life and that of our environment can radically change, it is up to us to set criteria and build paths of decision.

Therefore, we should all be involved and take advantage of what is being done in the path of information clearly (scientific journals, conferences, courses...) and ask for more and more. In any case, being the first obligatory step to inform, it is time to prepare the following steps. That is, as far as possible, we must begin to discuss, work and move. We have to build collaborative tools between people from different backgrounds, perspectives and interests if we want to have something to say on a social level. Otherwise, they will decide for us, often without knowing who makes the decisions. Although there is no time left, it is still possible to act. We have to bear in mind that there are still many doubts at the command level, but if we realize that only unilateral opinions will be collected from those who have no doubt, that is, they have economic and political interests at stake. 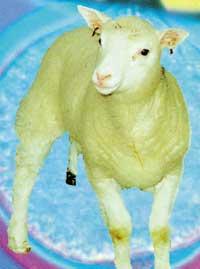