Back with the frog

The southern frog is a green singing frog, which lives in southwest Europe. The Autonomous Community of the Basque Country has only a small and isolated population in the area of Igeldo. This population is known since the eighteenth century, but since then it is in decline and only reproduces in a small reservoir of the company Gurelesa in San Sebastian. Therefore, the Basque Government considered that it is in danger of extinction, preventing these frogs from catching them or degrading their habitat.

However, the only ugal of the frog fell under urban pressure. Some proposed the declaration of the reservoir as a protected biotope, but the Council preferred to implement a plan to recover the frog by building new wells. Recently, the Attorney General's Office for the Environment of Gipuzkoa has described the plan as suitable to ensure the survival of the population and ensure its expansion and growth.

I, like a frog, do not know anything about the legislation, but the news has generated some concerns. The recovery plan for the southern frog is not bad, as maintaining the population in a single repository is very dangerous. In any case, I am not as optimistic as the prosecutor as to the guarantees offered by the plan. Well construction can be simple, but the successful reproduction of the wild animal is very different. For this, in addition to adequate water quality and temperature, the unique flora and fauna must colonize the well (which requires time), the pressure of predators must be low and meet other requirements. Each species has its own ecological requirements, generally unknown. Proof of this are the famous failures that have suffered the recovery plans of various species worldwide. Ordesa's is a last painful example.

Therefore, to ensure the survival of this population it is necessary to build new wells and condition the surrounding habitat. But also, and this is fundamental, until in the new wells it is observed that the frog is as successful as in the old one, the old mezzanine cannot be destroyed or damaged. For this, of course, it is necessary to accurately measure the number of cavities obtained in these areas, which requires time, since the success of amphibians can have great variations year after year.

Therefore, to ensure the survival of the species it is not enough to offer new abundant threads, but it is necessary to analyze the factors that limit its reproductive success and control them until ensuring that the situation of the population improves. Only then can it be acceptable to destroy part of the habitat. Let's hope that the wells that the Council will build will attract many frogs and that the nights of Igeldo will rejoice singing frog. But until this is so, let's ask them to respect the Gurelesa reservoir. 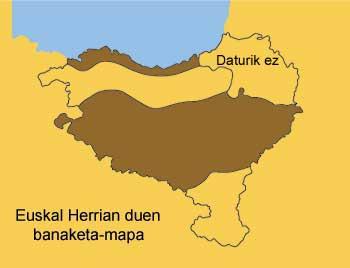