The Yellowstone Valley, up and down 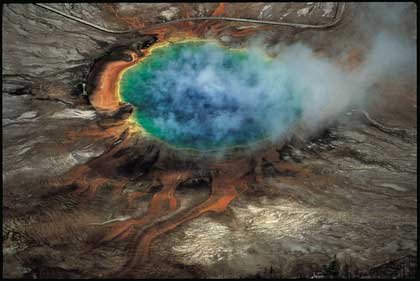 Under Yellowstone National Park is a caldera abandoned by a volcanic eruption that occurred 640,000 years ago. It is the largest boiler known in the western United States. The hot spot that caused this volcano is still active and recently scientists have perceived that it is more active.

Increased activity could cause some rash, but, according to scientists, it will not occur immediately. On the contrary, they point out that the activity of earthquakes in the area has been halved. However, they will continue to control themselves pending the consequences of lifting the valley at such high speed.