The early universe was not as chaotic as it was thought 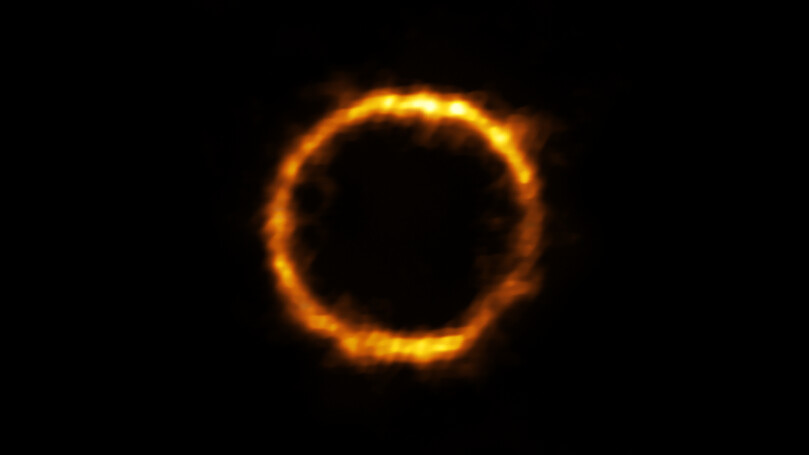 Among those who resemble the Milky Way, astronomers have presented the most distant galaxy observed so far: The galaxy SPT0418-47 is more than 12.000 million light years away. This means that the image that is now collected is that of a universe of only 1,400 million years. The journal Nature includes the discovery of the Chilean telescope ALMA.

According to the European Southern Observatory of ESO in a press release, the data presented question the idea that in the young universe all galaxies were agitated and unstable, opening the door to new perspectives on the formation of galaxies.

Despite not having spiral arms, the galaxy SPT0418-47 has a rotating disc and a bump. In the image, however, it is not appreciated: the galaxy appears distorted in the form of a ring.

To understand this kind of contradiction, it must be taken into account that this strange aspect is a consequence of the trick they have used to make such a distant observation. And it is that they have achieved the image through a lens of gravitation. This occurs when between the kidnapped object and the Earth there is a second massive object, totally located in the line of sight itself. The severity of this intermediate object distorts and enlarges the light of the rear object as if it were a lens. In this case, another closer galaxy has been the one that has performed its function.