Twenty-five years, six syllables or fifteen letters. However, mathematics, to be sure, has set us a small trap. The years are really twenty-four and the twenty-five editions. Donibane Lohizune 73, Euskal Herria 97. But does it matter? 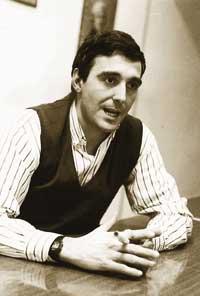 In Ustaritz I went up in the car of the UEU in 76 and since then I am a regular passage. Fascination with past times often dazzles us. This is not the case, but I have memories of special ambition that summer. Franco had just died, don't forget. Uztaritz's experience was like a shock therapy. He put me in touch with other visions and experiences of the Basque industry. I studied in the ikastola, lived closely the controversies of the Basque batua and did not get away from the move. But Uztaritze was something else.

I remember the day I met Manex Goihenetxe, then director. We left the South in two cars, four friends, guided by a self. For the EU we were hidden from the thousands of pesetas collected in the South. What a vibration on the border with Hendaia! I did not calm down until I donated money to Manex. It seemed to me a great feat, in my eighteen occasions, that small currency traffic. It was the first contact with the EU.

I was impressed by the atmosphere of the union: open communication at the same level between teachers and students. Even with famous names, in the dealings and in the relationships the last student was not highlighted. A big difference with the official university! There was open debate, exchange of ideas and everyone's opinion was heard; for example, the impertinent ignorance as I dared to comment on the terminology of science in Basque and they listened to me! The environment helped. I remember very well the classes of ‘Bilgune’, especially those taught by Txillardegi on the sign language of the monkeys (José Luis, of whom the mythical character put).

Under the direction of Luis Mari Bandrés I met many of the wonderful villages and villages of Lapurdi and Baja Navarra in our evening guests. There I met many people who later accompanied the Basque industry (do you remember my lost Tabernacle?) And I am still ashamed to remember the day when Natxo de Felipe was prevented from singing under the “Spanish” cry. (Sorry Natxo?)

Bread soaked in vinaigrette to satiate the louse of the gut; performances of verses by Joserra Etxebarria and Patxi Goenaga in the meadow in front of Landagoien; people who come to the campsite; the sweet Basque of Iparralde… Favorite grapes of memory. The time was different and the other was our spirit.

I have passed all levels of the EU since then and finally, as Martin Orbe says, I have achieved something that would never take me away: “ex.” A great honor, do not believe. 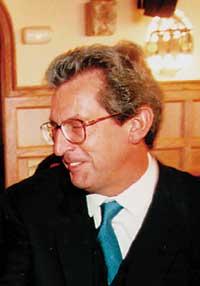 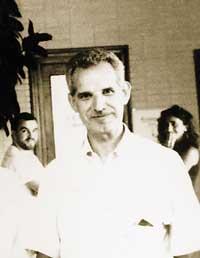