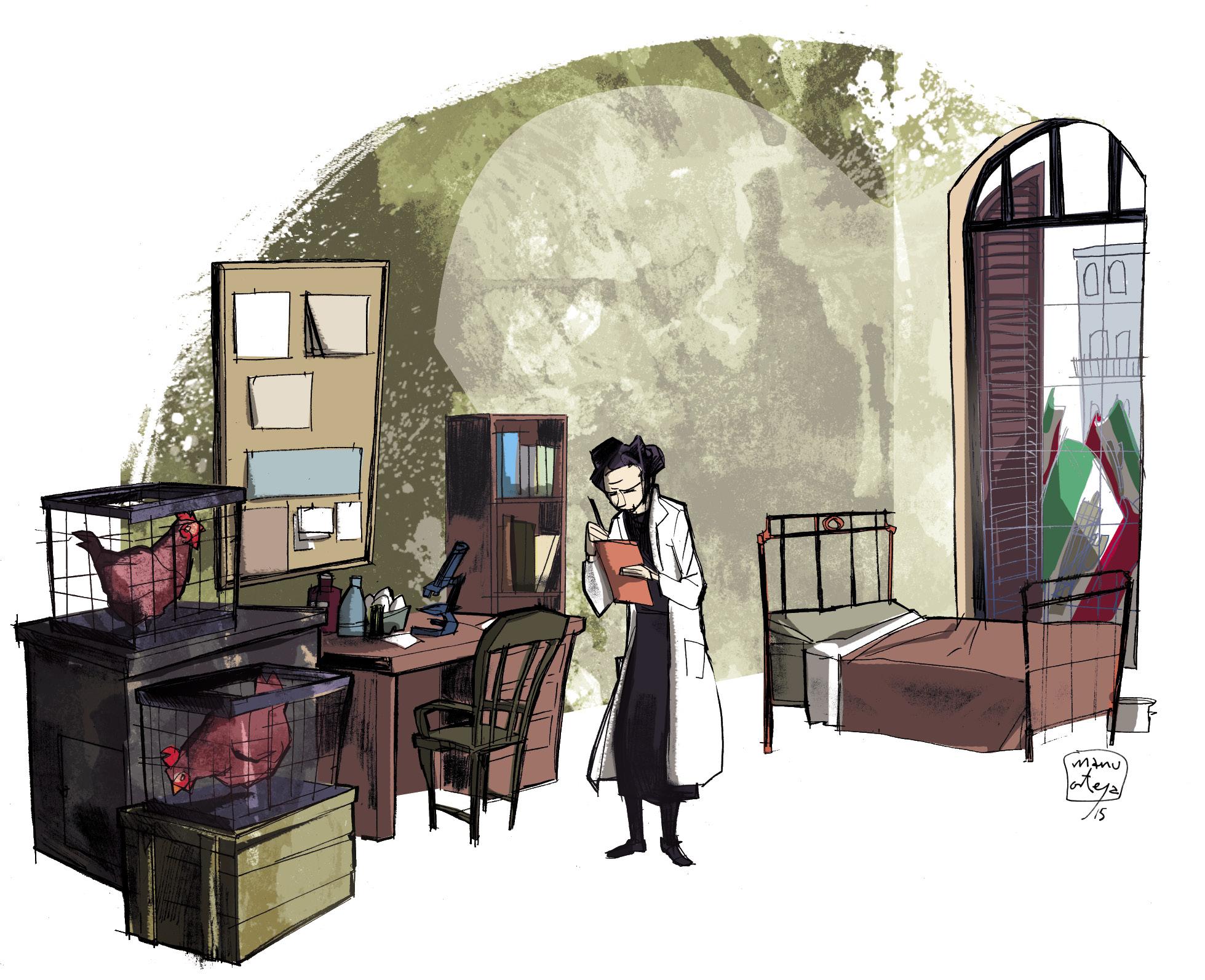 His vote was decisive in pushing forward the budgets proposed by the Romano Pro government in 2006, but made it clear that if he did not reject the last-minute decision to cut the scientific budget, he would not vote in favor. Rita Levi-Montalcini managed to win that bet for Italian science and, in passing, sent to the right of the opposition, Francesco Storace, to iron the geese. A few days earlier Storace said he would send a couple of scales to Levi-Montalcini for his support for the government and your age. Storace believes that that woman was too old to vote. Levi-Montalcini, however, did not feel too old at 97.

Small and alive. He rose up every day at five in the morning and ate once a day at lunch time. “Sleep and food do not interest me,” he used to say, and the work was, for him, keeping the brain active, a secret for long life. In the morning he attended the European Brain Research Institute created by him to supervise the work of young researchers and in the afternoon worked in his foundation to obtain scholarships for African women. “I’ve never got sick,” he said when he was 100 years old, saying “my brain now works better than when I was 20.”

However, at the age of 20 I was very clear what I wanted to do. And he was clear that his father was not going to follow the path he thought for him. “We live in a wonderful family atmosphere full of love,” he wrote in his autobiography, “but our life was Victorian, decisions were made by the head of family, the father.” And for the head of family, it was not a good idea for women to carry out higher studies, since they prevented their obligations as a woman and mother.

Since she was a teenager, she was clear that she was never going to marry because she could not endure the lack of freedom that marriage brought to women. He made it clear to his father that he had no intention of being a woman and mother. I still didn't know I wanted to be a scientist, but I knew I wanted to work to help others. At the age of twenty he decided to do medicine. My father did not accept it, but he could not stop.

After graduating from the University of Turin in 1936, he began to specialize in neurology and psychiatry, still unclear whether he wanted to be a doctor or wanted to research in neurology. Then he would know the subject that would become his passion: the development of the nervous system.

He would have to start his research work outside the university. In fact, in 1938, when Mussolini took out the racial laws, he had to leave the university for his Jewish origin. Then he decided to assemble a laboratory in his room. He did not need much: a microscope, an incubator, steps made by himself with needles, some eggs and little more.

Their goal was to understand how neurons made the way from the medulla to the extremities. He left a work of the recently read American Victor Hamburger. Hamburger noted that if Chita's embryos were removed from the extremities, the neurons that were developing toward them died, and proposed that an induction factor detached from tissues that should be inert caused the precursor cells to become neurons.

Levi-Montalcini began to investigate this phenomenon in the laboratory of his room. And he realized that by removing the extremities to the embryos, the neurons did not die immediately. On the contrary, new neurons were created, but without being able to reach the goal, they ended up dying. Levi-Montalcini concluded that it was not an induction factor that derived the limbs, but a growth factor.

After the war he returned to the University of Turin. And two years later, in 1947, the invitation of Hamburg came to him. He read the work of Levi-Montalcini and invited to repeat these experiments together at the Washington University of St. Louis.

He went to spend about a year and spent 26. It was one of the happiest and most productive times of his life. He corroborated the conclusions obtained in his classroom laboratory and continued to investigate the growth factors of neurons. He found that tumors also secreted some factor. Subsequently, in 1953, he joined Stanley Cohen, and both worked hard to demonstrate the existence of this growth factor. The scientific community was very unlikely, even more when they said that in snake poison and in the txistu glands of mice there were many growth factors. At that time it did not seem like a serious science.

But they managed to isolate the growth factor and saw it as a protein, fundamental for the development of the nervous system and the immune system. Finally, PhD student Ruth Hogue Angeletti, led by Levi-Montalcini, and Ralph Bradxshaw succeeded in sequencing this protein (in which Levi-Montalcini did not name it), when the last skeptics were silenced. In 1986 Levi-Montalcini and Cohen were awarded the Nobel Prize in Medicine for their work with growth factors during all those years.

In 1962 he launched a research unit in Rome and lived between Rome and St. Louis until his definitive return to Italy in 1977. In 2001 he was appointed lifetime senator by President Carlo Azeglio Ciampi. That same year he founded the Rita Levi-Montalcini Foundation, which has awarded thousands of scholarships to African women to study. And the following year, at 93, he created the European Brain Research Institute. “I am not afraid of death — when I turned 100 — I am privileged because I have been able to work for so long.” He continued to work with a clear head until he died at 103 in 2012.