They've developed a hydrogen stack that replaces platinum with iron.

The hydrogen stack that uses iron is tested in the lab. Ed. Imperial College London

Hydrogen cells transform hydrogen into electricity and release only water vapor, so they can be very useful for energy transition. But for them to be accessible and sustainable, they still have to overcome some obstacles. These include the catalyst, which in the process usually uses platinum, and which is a poor and expensive element (60% of the cost of a fuel cell corresponds to platinum). Now, in a research led by London Imperial College, a hydrogen stack has been developed that replaces platinum with iron.

The paper, published in the journal Nature Catalysis, has specified that, in addition to iron, they only use nitrogen and carbon as catalysts, cheap and easily accessible materials. In fact, the catalyst is a matrix of acids that conducts electricity, and it contains free atoms in it, a lot of reagents that when they're joined together. This has resulted in a reduction equivalent to silver cells using platinum. They also believe it can be useful for other processes.

They point out that efforts are being made to improve stability and that the next step will be to test on a large scale so that it is also commercially useful. 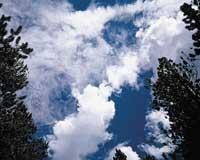