"I've been going through the steps." 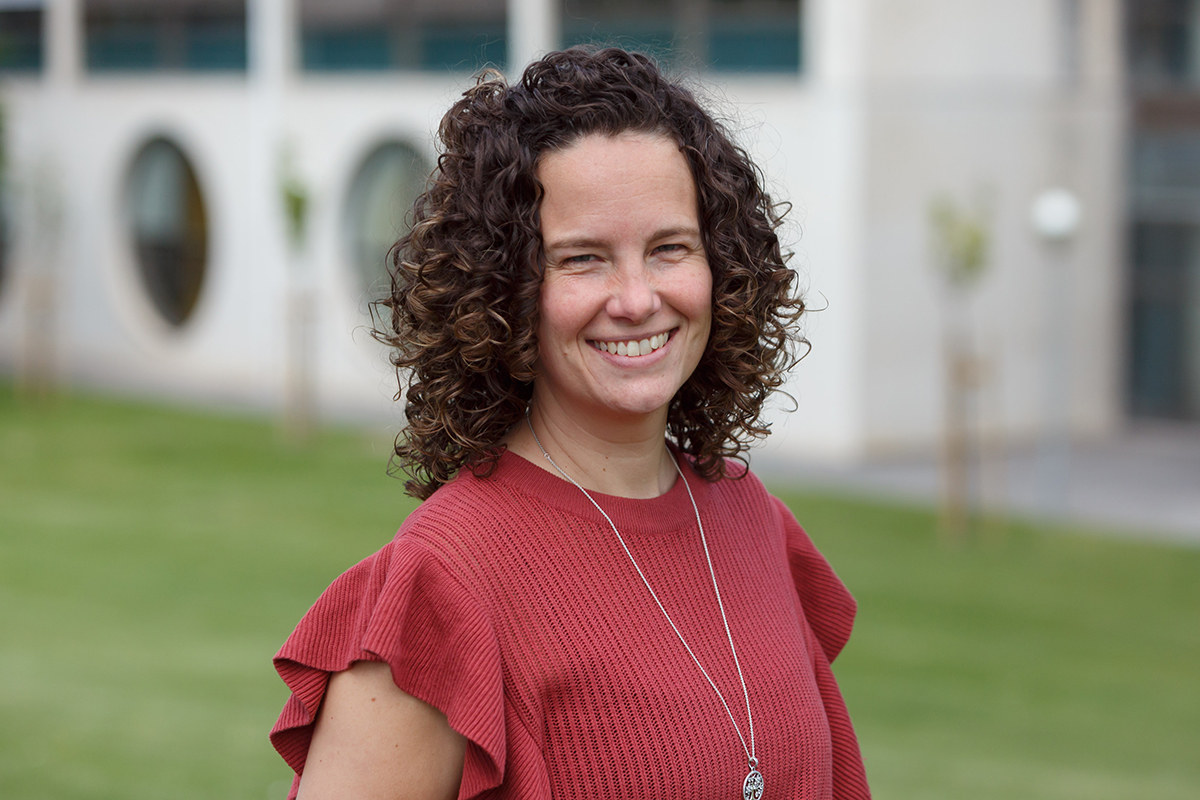 Maria Durán Lázaro has confessed that from a young age she liked nature, but had no idea why she was going to walk in her studies and work. "They ask you if you're going to be a doctor or a firefighter, but not a biologist or a forestry engineer, so as a young man, I had no reference. I've been walking as I've been taking steps."

Evidence of this is that their trajectory has not been regular. For example, when he finished his high school studies, not knowing what to study at university, he decided to go to vocational training: I discovered the studies "Natura and resource menu and organization," and today I think it was the best option to start with. After that I realized what I liked, not only to walk in nature, but to know the environment and the ecosystems, and I was also professionally interested.”

He decided to study forestry -- technical engineering. At the end of the day, he was registered in the CSIC's work bag and months later he was called from the Institute of Agrobiotechnology in Pamplona. So he moved from Valencia to Pamplona and was linking a contract for almost six years. And as he did, he was given the opportunity to do research.

"Until then I never thought I could be a researcher. I didn't know what it was! I worked as a lab technician or an agricultural facility technician, and there I saw the researchers who were doing the thesis and I really liked the work they were doing. So I decided to do the thesis, but because I had the technical engineering degree, I had to do a prior master's degree to adapt technical engineering to the degree. And I did it while I was working, but I really liked it, I really enjoyed it," she recalls.

Aezkoa completed his thesis. For the accomplishment of the Final Work of the Master and Degree, a professor of the Public University of Navarra, Rosa María Canals Tresserras, who carried out the project of ordination of the pastures of Aezkoa in 2008. "From there, he started carrying out research projects, one of which referred to the expansion of a gramnea: the herbaceous alca (Brachypodium rupestre). So I applied for a scholarship to study the ecology of high-mountain grasslands, and we have published many works on the ground, vegetation and even the socio-economic loss of the herbaceous scrubland. Alca has a poor nutritional value.”

In addition, it has shown that the expansion of the herbaceous flock and the loss of household diversity is linked to the management of livestock and fire: "The herbaceous alca is distributed in non-livestock places. So grassland is gradually degraded. The conclusion is that good livestock management helps to obtain good quality pasture, which is beneficial from a socio-economic point of view. But globalization also reaches places as isolated as Aezkoa, and the loss of livestock leads to expansion through farms and the degradation of grasses,” he explains.

He admits that, despite his taste for the work of manifesto and laboratory, it is difficult for him to write articles and do so. Therefore, the team is very grateful: "A thesis is not made by one," he says.

She also noted that she participated in a project to show and encourage young girls (ESO 2 and 4) what they do in their work area, as women are minority. The project has been published in the journal Ecosystems and it clearly says that it completely complied with it and that it was very satisfactory.

María Durán Lázaro
Maria Durán Lázaro was born in Valencia. He learned in Vocational Training the management and organization of natural resources and art, performing the technical engineering Forestry. From Valencia he moved to Pamplona to work at the Agrobiotechnology Institute, where he held a master's degree in engineering. He has done his thesis in the high mountain pastures of Aezkoa.