The Nobel Prize in Chemistry travels to California, where Canadian Rudolph Marcus works at the California Institute of Technology. In his opinion, he obtained the prize with research on the “simplest reaction in chemistry”.

Marcus is a theoretical chemist who developed the theory of electron transfer reactions between 1956 and 1965. At that time he was warmly welcomed to his work, but later in the 1980s his theories were experimentally demonstrated.

Electron transfer reactions are at the basis of the life process. For example, photosynthesis can be included in this group. But we can also include in this group redox reactions or battery operation and corrosion itself.

Because the actual speed of some seemingly simple reactions was much lower than the estimate, Marcus in his research went on to seek reason. He was the first to discover that the geometry of solvent molecules had much to say at the rate of reaction. The solvent molecules are distributed around the ions and this arrangement must be adapted, since it is not the same as that of the reactionaries or reaction products. This is the factor that reduces the speed of these seemingly simple reactions. Marcus's theory allows us to calculate reaction speeds in detail and learn how this speed will vary depending on the different solvents.

Although the Nobel Prize has been awarded for this research, Marcus has made contributions in many other areas. Among them, the theory of unicellular reactions (reactions of a single molecular class) and those related to the state of transition.

George Charpa, awarded in the field of Physics, is Polish by birth. Together with his parents he emigrated to France where he studied. Since 1959 he has been working at the prestigious CERN, the European Centre for Research in Particle Physics.

Charpak's research is characterized by the design of new instruments. The so-called Charpak loft, however, has no source of work for craftsmen. He says that the camera came to be invented because it “has a tendency to theory.” According to him, the idea arose from the good understanding of the theory of subatomic particle detection techniques.

Particle physics focuses on the detection of subatomic particles. In the beginning, the way in which these particles were detected was to be able to “see” somehow the imprint that a high-energy particle traveling through matter left ionized throughout its trajectory and in it various efforts were made. But the detection of increasingly rare particles generated problems. Among the millions of current episodes, systems were needed to detect this unique route.

Charpak's contribution was the connection of the HD device with high-speed electronic detection systems. For this purpose he recovered the proportional counter already used in 1908. The counter is a full gas tube, with a filament in the center. The passage of high-energy particles produces an ionization of the gas and a pulse in the filament. Charpak's idea was to put parallel filaments at 1-2 mm intervals and collect electrical pulses by computer. This allowed to detect millions of particles per second.

The use of this instrument has been a great impact for particle physics, as it has allowed to reach previously inaccessible extremes. A good example of how to understand physics well can create a completely practical device!

The two American biochemists awarded this year with the Nobel Prize in Physiology and Medicine are: Edwin Krebs and Edmond Fischer. The research that gives rise to the award, as usual, is not this morning, but part of the work done almost forty years ago by two researchers from the University of Washington in Seattle.

During the study of the activation process of some special enzymes, called protein kinases, it was observed that the phosphorylization process led to the implementation of some cellular functions or, conversely, paralyzed. Therefore, these enzymes passed proteins from the inactive state to the active. It was found that protein kinases act as catalysts in phosphorylation reactions. During phosphorylization, a group of phosphates is transferred from an energy transporting compound (TPA) to the protein, which causes the activation of the protein.

Thus the winners explained the mechanism of kinases. Since then, thousands of protein kinases have been found to be of great importance in studies in many fields, including genetics.

But a few years ago these two researchers have made a new discovery that closes the circle. Enzymes known as phosphatases have been identified. These catalyze the transfer of energy in the opposite direction. Now, therefore, due to kinases and phosphatases, the whole mechanism of reversible phosphorylation of proteins is known.

This discovery has had applications in fields as diverse as preventing transplant rejections or studying some cancers. 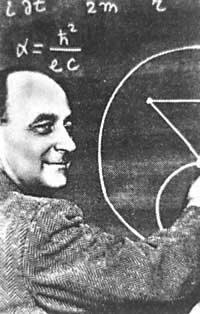