Trick to become a joke for pain 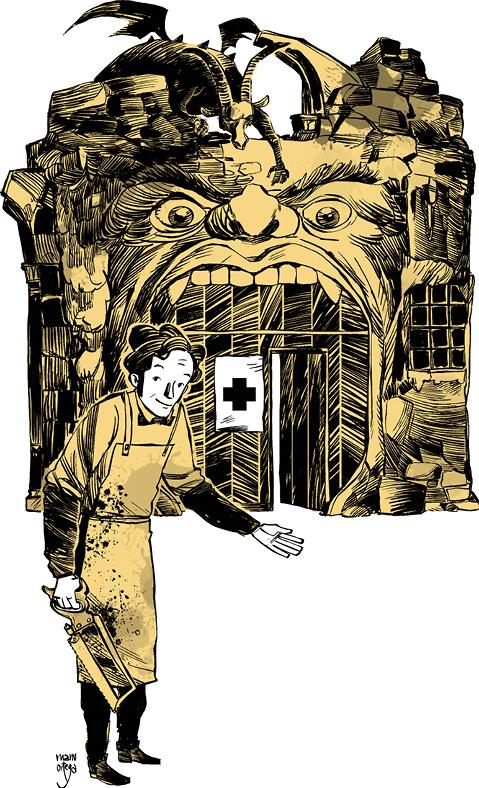 The first bristle of the knife was so followed that the chirp of the saw in the bone seemed to happen at once. To get rid of his hands, he held the bloody knife between his teeth. And “time, gentlemen, time, time!” he shouted, tied, swept and barefoot jumping next to the patient. The students looked at the pocket watches they had in their hands.

Robert Liston was known to be the fastest surgeon in the UK. They say he was able to cut a leg for two and a half minutes and did many operations in seconds. It also included cases that other surgeons considered impossible. His name was so good that patients preferred to wait the days in their room to go to another surgeon. In fact, nine out of 10 patients lying on the Liston table were living. While Liston worked at the hospital itself, at the University Hospital in London, one in four died and many more fled for fear and pain.

At that time, pain in interventions could not be avoided. Therefore, speed was a very important gift for surgeons to reduce pain and increase the chances of survival of the patient.

In fact, the same list would be the one that publicized anesthesia in Europe, in a public intervention conducted at the University Hospital of London on December 21, 1846. “Today I’m going to show you a Yankees trick – he introduced it – that makes man believe for pain.”

Two months earlier, I was talking about the trick that dentist William Morton was teaching in Boston. Morton demonstrated the anesthetic possibilities of ether during another public intervention. But before Morton, his former professor and colleague Horace Wells began conducting indolence tests on another gas: nitrous oxide.

In December 1844, Wells attended a show: “Great demonstration: effects of inhaling nitrous oxide or laugh gas.” The local pharmacist volunteered for this show. Under the influence of gas, he began to jump, in a funny way, to the enjoyment of the public. And when he did, he hit his legs heavily with a wooden bench. Wells realized that she had done no harm, let alone. And he soon discovered how useful that gas could be for his work.

The next day, Wells breathed the nitrous oxide and asked partner John Riggs to remove a penultimate who was lately bothering. He didn't feel any pain. It was wonderful. This substance would then allow tooth extraction without discomfort. 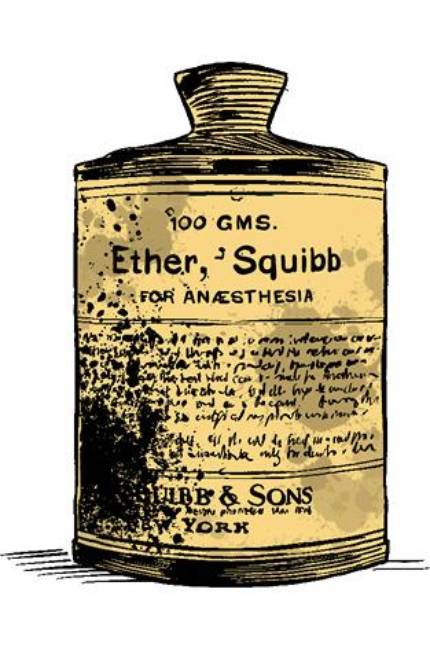 Wells tried it with a dozen patients in his office. And seeing the success, he decided he had to do a demonstration. Morton organized the demonstration. It was January 20, 1845 at Massachusetts General Hospital in Boston. A tooth extraction was done, but the patient started screaming painfully (apparently they didn’t get the gas right or not at the right dose…). Here, they started screaming, calling Wells "tricksters."

Wells became ill and was able to work little in the coming months. Morton decided to keep trying. He ordered nitrous oxide from the chemist Charles Jackson. But he recommended that he prove with the ether that that gas could be dangerous.

On October 16, 1846, Morton again showed up on the stage of Massachusetts General Hospital. He breathed the ether to printer Edward Gilbert Abbott and surgeon John Collins Warren removed a tumor from his neck. “God, this is no invention,” said Warren, fascinated after the operation.

Morton tried to patent this anesthetic substance as “Letheon.” But soon it was discovered that it was an ether and couldn't make it clear. In addition, he had trouble naming anesthesia discoverer at the exit of several competitors: Wells and Jackson, and Dr. Crawford Williamson Long. Long used the ether earlier to perform some operations, but did not release his work until he knew Morton’s demonstration.

Morton was the one who presented anesthesia to the world. And the news spread quickly. In London, a few seconds after Liston presented the “Yankees’ Trick,” Frederick Churchill was torn apart. When Churchill woke up, “Let me get up, I can’t do this!” he shouted thinking he hadn’t operated yet. “My God! This is better than hypnosis!” said Liston, who also tested this technique at that same university.

Since then, pain would not be a problem in surgeries and speed would not be the most important gift of surgeons. At Liston they were going to finish the best times, but then the real era of surgery would begin.