½ Even if it seems a lie, States subsidize industries with the greatest ecological impact and energy sources. A nuclear power plant will benefit more easily from official aid than a solar power plant. ½ 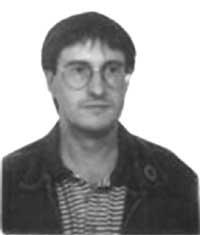 I do not know if skimmed or complete, of pieces of fruit or aroma, it is true that this type of yogurt has had a special importance to promote the report entitled “Factor vier” (factor 4) on the economy created by the Club of Rome, and that, in turn, has highlighted the same concept of ecotourism.

The authors of the aforementioned report, Ernst Ulrich von Weizsäcker, L. Hunter and Amory B. Lovins have told the story and we will have to believe: One morning in 1993, German public opinion wakes up agitated with data from an investigation by journalist Stefanie Böge.

The article explained the path that follows a yogurt until it reaches the customer's home: accessories, packaging materials, caps and yogurts, with more than 3,500 kilometers of travel in total, but we must add the kilometers of previous suppliers of the different components to reach 4,500 kilometers. A wandering yogurt and well mixed.

Germans love strawberry yogurt and perhaps not so much the other realities of the day to day, but this data provoked controversy. The conclusion was simple: you have to consume local products, encouraging economic decentralization. At the same time, the question put on the table the importance and usefulness of taxes, which otherwise could not be understood the economic benefits of yogurt.

Even if it seems a lie, states subsidize industries with the greatest ecological impact and energy sources. A nuclear power plant will benefit more easily from official aid than a solar power plant. This way, those who use transportation and butt oil, like our eccentric yogurt, get more help.

These contradictions were denounced by the Club of Rome in the aforementioned report. Through taxes the state collects money from individuals and businesses. This pays for all the state machinery: army, infrastructure, social aid. The money collected through taxes can be used, among other things, to reduce inequalities between people or to achieve a more ecological society, in which eco-taxes can be important, that is, to reinforce another development model.

Taxes have fundamental environmental consequences. As mentioned above, many of the activities harmful to nature can be reduced through eco-rates, making them more expensive. For example, if non-renewable energy sources were to have more taxes, proposals for reducing other energy and energy expenditure would be reinforced in some way. In our daily reality, this is happening in some areas: the price of water has risen and consumers cannot, as previously occurred, leave the breakdowns unrepaired or track water without any problems, among other things because it is more expensive.

However, the current tax system does not take into account the environment or social needs, but the interests of wholesalers and multinationals, who normally do not pay real prices, that is, the product plus the environmental impact. If not, with eco-fees we could not buy passenger yogurts.

In short, we have discovered that in ecology, as in most areas of life, we depend on the economy and money, and that to change something ecologists may need more of the help of biologists than economists. Meanwhile, the Germans, forgotten about the controversy that has barely been known in the Basque Country, continue to eat the usual strawberry yogurt. 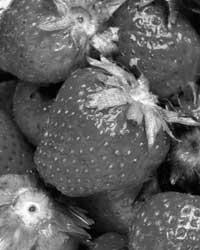