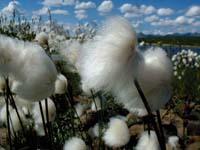 To combat the stone that destroys the cotton ball (Helicoverpa zea), years ago the researchers obtained a transgenic cotton plant. The genetically modified plant produces a toxic material that kills the worm, thus avoiding the use of anti-worm pesticides. Therefore, many farmers have opted for transgenic cotton.

However, researchers at Cornell University have warned of the spread of other pests in GM cotton plantations. In China, for example, a bug has spread a lot (Pseudatomoscelis seriatus) that killed the insecticide used against the worm, since the toxin containing the transgenic plant only harms the rock. As a result, farmers must now use as many pesticides as they do on conventional cotton plantations to avoid losing the crop.

Planting transgenic cotton, therefore, has not meant reducing the use of pesticides, and in addition, researchers consider that there are other dangers such as plague other bugs in the form of pest or resistance to toxin.