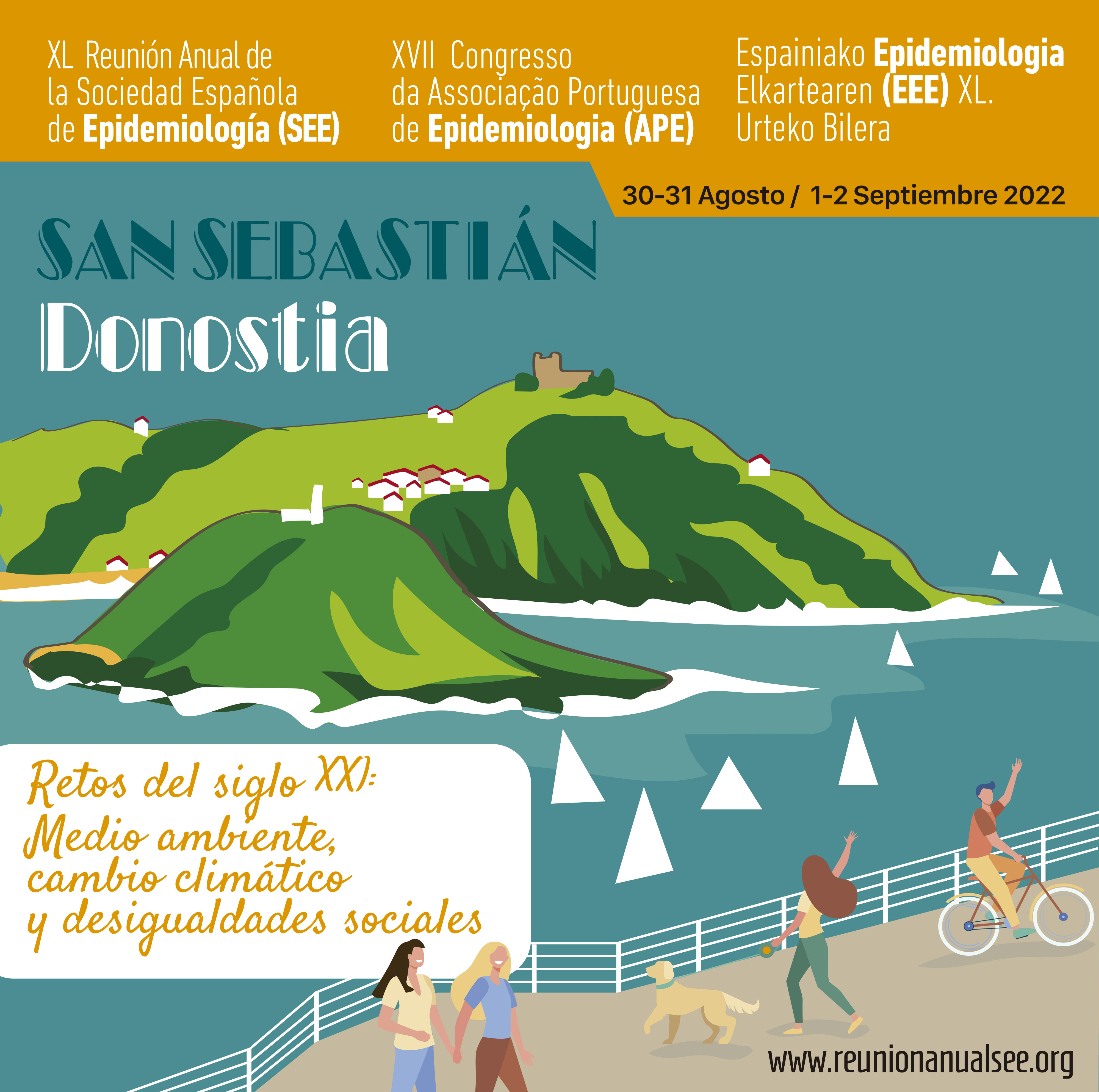 The central theme of the colloquium has been climate change in health. - Ed. DÁRSENA

The Annual Assembly of the Spanish Association of Epidemiology, organized by the University of the Basque Country, will be held in Donostia from today until 2 September. XXI. The challenges of the 21st century: the environment, climate change and social inequalities” is the theme of this year’s conference, the title of which has been the open colloquium of introduction. The lecture, chaired by Aitana Lertxundi Manterola, secretary of the congress, was attended by Elisa Sainz de Murieta Zugadi, Dorleta Orue-Echevarria, Cristina Linares Gil and Jesús Ibarluzea Maurolagoitia.

Lertxundi explains that the goal of the colloquium is to convey to society the importance of the themes contained in the motto. Elisa Sainz de Murieta Zugadi was the first rapporteur. The study of the impact of the weather emergency on the UPV and the BC3 presents evidence of climate change in the first place: rising temperatures in recent decades, carbon dioxide levels in the atmosphere for 800,000 years…

The evolution of climate in health is one of the themes of the epidemiological congress. In addition to the heat waves this summer, it mentions fires, droughts, floods and sea level rise.

Furthermore, remember that we live in a privileged place, for example, in Pakistan right now there are floods that affect millions of people. It is precisely these countries where climate change has the most adverse consequences that contribute least to change.

In addition to affecting ecosystems, it points to the economic consequences. In this respect, they will once again be the most disadvantaged.

Finish with the message: “We have no other planet, and we are still in time to moderate the effects of climate change, especially by changing our energy generation, movement and power systems.”

[Cristina Linares Gil (Reference Unit for Climate Change, Health and Urban Environment of the Carlos III Health Institute), spoke below on the impact of climate change on health]. First, it stresses that the weather emergency favours the spread of diseases rather than the emergence of new diseases. A good example of this is diseases transmitted by mosquitoes and ticks, such as cizika or Nile fever.

In addition, extreme weather events are interrelated and some reinforce others. The consequences are therefore even stronger. He also warns that, in addition to the damage they cause to physical health, their effects on mental health, such as depression, anxiety, post-traumatic stress… For example, fires and droughts destroy farmers’ lives and economic problems and loss of livelihoods lead to mental disorders.

He also mentions the hot flashes of 2022. Compared to recent years, summer has been the period with the highest number of heat-related deaths, but also leads to a worsening of chronic illnesses, from cardiovascular to psychiatric problems. It also recalls the effects of air pollution: allergies, cancers, worsening of chronic diseases, decreased cognitive development…

Then, Jesús Ibarluzea Maurolagoitia (Biodonostia, CIBERESP) presents in his speech the health consequences of cities. And it underscores the importance of citizen perception of environmental risks, as perceptions have a strong force in behavior. Therefore, citizen perception is a public health issue.

He recalled the risk of cities being taken into consideration within the United Nations Sustainable Development Goals. In any case, there are favourable elements for cities, especially green and blue areas. For example, a 10% increase in the greenness of cities causes the morbidity and mortality associated with psychiatric illnesses and a significant reduction in the rate of slowness.

She ends up explaining how they follow pregnant women and their children after birth.

The last conference was held by Dorleta Orue-Echevarria of the Naturklima Foundation. It begins by explaining future scenarios and stresses that although the phenomenon is global, the impacts are local. Orue-Echevarria therefore confirms that mitigation and adaptation measures must also be local.

In this sense, the climate for 2050 recalls the Basque climate change strategy and explains the work they do in nature: monitoring, analysis and advice on indicators and measures. The objective is to reduce greenhouse gas emissions by 80% by 2050 compared to the 2005 level. It also presents the voluntary sales fund.

Analysis of climate mitigation and adaptation measures. To counter biodiversity loss, for example, a green infrastructure network has been designed. Coastal areas, agricultural and forestry areas and population centres have also been studied.

Finally, the interactions between all areas are analysed. For example, cutting a road through a flood may prevent it from reaching the hospital.

That concludes Question Time. In the coming days, and until 2 September, the specialists will hold a conference in which all these issues will be discussed further. In fact, 1100 communications have been adopted this year, to which 840 participants are expected. In the words of Lertxundi, the main challenge is to learn from each other, to continue improving and to expand what has been learned.