The case of Hwang

The last few weeks have written a new section in stem cell research. A few months ago we gave good news -- when we talk about two new techniques to get these special cells -- but this time, unfortunately, the new ones are totally negative. We have known the black side of research, step by step, as if we were reading an intriguing novel by Agatha Christie. Science and Nature publish the chapters of this disastrous weekly drip story. I think many of you have already guessed that the protagonist of this novel is the fraud of Korean researcher Woo Suk Hwang.
The case of Hwang
01/03/2006 | Orive Arroyo, Gorka | Doctor of Pharmacy. Associate Professor of Pharmacy 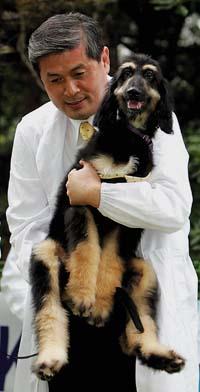 In intrigue novels, the goal is usually to know who the killer is. In this case we know it from the beginning. But knowing the causes, motivations, strategies, whistleblowers, betrayals... is also the most interesting part of reading. And that is the case with Hwang.

It must be said beforehand that the Korean Hwang is not only a well-known scientist. In his home country, Hwang became an idol after the March 2004 article. And it was not for less. According to the article, the Korean group managed to develop stem cells from a cloned embryo of a human being, for the first time worldwide.

In May 2005, Hwang and his team carried out a new task that revolutionized the scientific world by obtaining genetically compatible stem cells from 11 diseases. The latter presented diseases such as diabetes, alterations in the immune response and degenerative diseases of the nervous system. Therefore, Hwang's team took a big step towards obtaining compatible and functional cells capable of treating all these diseases. As a result of these two works no one doubted: Hwang and his team were world leaders in this scientific field.

In the research, Hwang used eggs provided by his laboratory researchers, who have recognized that they had suffered some pressure for the donation.
Kyushu University

Now we know that the prestigious scientist lied in those two articles and falsified many results. Stem cells obtained from human embryos were not obtained by applying the technique called nuclear transfer. In addition, the researcher has recognized that stem cells were not 11 patients. Faced with this situation, the first question is: Why? What led Hwang to do something like that? And what will the young unknown scientists who have now spent thousands of hours on this line of research think, once they have taken the liar?

It is difficult to find a logical answer to this question. A good ethics in the world of research is fundamental, not only with personal results, but also to assess the results of others. However, the border between ethics and fraud is not so far away, and it is possible that pressure, power, ambition or fear can trigger at a given time the wrong path. However, I still find it incomprehensible what Hwang wanted to achieve with false results, because it must be taken into account – and I knew – that as soon as the investigations were published, hundreds of laboratories around the world would try to repeat what Hwang had done and would never succeed.

The first part of this intriguing story begins after the last article published in the journal Science in 2005. In June, the Korean television program PD Notebook of investigative journalism received a special phone message. This message said the famous Hwang was hiding data and calling on journalists to investigate what really happened. 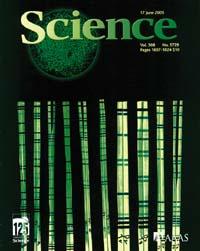 The authors of the television programs began the work and managed to interview the collaborator of the Hwang group who sent the message. He made two complaints. On the one hand, he noted that some eggs used by Hwang in 2004 were provided by laboratory collaborators. This, in fact, was not illegal in Korea, but the international scientific community did not see it with good eyes. On the other hand, he questioned the veracity of Article 2005, despite not having solid evidence. However, the journalists did not give much importance at first to this latest complaint, but to the controversy of the origin of the eggs.

The journalists of the PD Notebook research program began to resolve all the doubts that existed about the Korean group and achieved it, despite having received great criticism for the methods used for it. Among other things, they used hidden cameras to interview all possible stakeholders and obtain information. Thanks to their results, Hwang acknowledged in November 2005 that the eggs used in the studies were his youngest researchers.

In the coming weeks, journalists tried to prove the validity of article 2005. They interviewed a laboratory collaborator who participated in the article with a hidden camera. After several controversial procedures, journalists achieved their goal: the collaborator acknowledged, following Hwang's orders, that he had duplicated several photographs to imagine that they were different cells.

From then on the persecutors became somehow persecuted. Despite the excellent work being done, life and work were very complicated for journalists. The whole country completely opposed the work of idolatrous Hwang. In addition, after denouncing the controversial methods of journalists by one of the interviewees, the sponsors withdrew the support of the PD Notebook program and, at the beginning of December of last year, removed it from the programming, without the recognition of the last interviewees being published.

Image edited in 2005. Some of these photographs are manipulated to imagine that they are different cells.
Science

Second rounda on the internet

Given the importance of Hwang, the power and relations he maintained with international collaborators, one could think that history would end in it. However, a few days later, an anonymous message came back to worry. The message was received by a Korean website that reports the most cutting-edge scientific research and in which someone called for duplicate photos that were in the work of researcher Hwang. After receiving it, hundreds of other messages came to the website to report apparently duplicate photos. Also, a kind of forum was created among the anonymous Internet to discuss the data obtained.

Given the seriousness of the situation, someone proposed writing to the journal Science to report and report the data obtained. However, by then the editors of Science magazine already knew the problems with these photos, recognized by researcher Hwang himself. At that time, however, they were unclear about the photos being a mistake, a forgetting or a falsification, and they maintained good conviction about Hwang's works, which did not want the scientific world to lose hope.

For the second time, the Korean researcher seemed to get away from the ghosts that revolved around his works. But, like all the stories of suspense, when it seems that things are going to be done in a way, the case of Hwang came to an end that suddenly something has happened and nobody thinks.

Evidence of DNA showing that stem cells supposedly obtained by cloning were not compatible with patients exposed Hwang's fraud.
American Institute of the Human Genome

In particular, another message appeared that gave very useful data confirming that stem cells did not belong to 11 patients. These data showed that the DNA traces of stem cells obtained by cloning (a test used to identify each DNA and know its origin) did not correspond to the DNA traces of patients, that is, the results published on stem cells were absolutely false. And from then on, the novel advanced like a snowball: all the media and scientific journals released the information and several laboratories and universities began to investigate for themselves, in order to know all the details of Hwang's articles.

Today we know that articles 2004 and 2005 are false. Cells considered cloned stem cells appear to be cells obtained by the procedure called parthenogenesis. In this procedure, the unfertilized egg begins to divide intentionally or involuntarily, using to falsify stem cell data. But in this procedure there is no cloning.

On the other hand, Hwang's group claimed in its articles that both investigations were conducted with 427 oocytes, but other studies have shown that they had to be much more --more than two thousand -. The number of oocytes used is an important parameter to know the degree of optimization and performance of the technique. 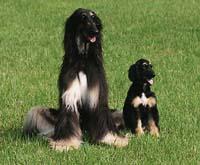 The commission that analyzes the case confirms that the dog Snuppy is a real clone.
W.S. Hwang

After discovering all these lies, it is easy to think that Hwang is a poor man who knows nothing about research, but... not much less. The commission that has studied the case has confirmed that the dog Snuppy is a true clone and that in that 2004 study he was able to get human blasts with a 10% benefit. These results are sufficient to consider Hwang as a leading researcher. And it is that no one managed to clone a dog before him, and with stem cells those results have only been achieved by a scientist.

The controversy of false data has caused terrible consequences. On the one hand, it has been a major failure for stem cell research professionals. These initial positive results were a breakthrough in the fight against ethical, political and religious problems and debates.

Scientific journals have also received theirs. How is it possible that this false data exceeds all the filters contained in journals? All eyes have gone to the prestigious journal Science. In several publishers, Science has claimed that detecting false data is virtually impossible. Others, however, have asked Science editors to improve filters and their examiners to work more properly. 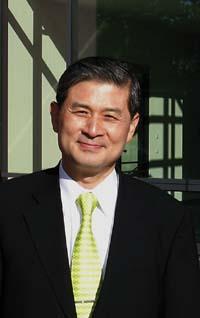 Despite the fraud, Hwang's real investigations are leading.
A. Archut/University of Bonn

In this sense, the journal Nature has presented a new protocol of valuation of articles on stem cells. For example, the authors of the articles will send traces of DNA from the nuclei and mitochondria of the cells. So far it was normal to send only the kernel information. They also ask that the stem cells obtained be deposited in a warehouse so that as soon as the article is published other research groups can work with them.

It is clear that the case of Hwang has raised powders in the world of science. It has been a warning to the scientific community, to magazines, to journalists and, ultimately, to everyone. But the world of stem cells does not have to pay for the mistakes a group has made, even if it is a very popular group. However, it is everyone's responsibility to avoid such cases of counterfeiting.