According to a study, pregnancy produces structural changes in the mother's brain. They have shown that these changes last at least two years. The research has been published in the journal Nature Neuroscience. 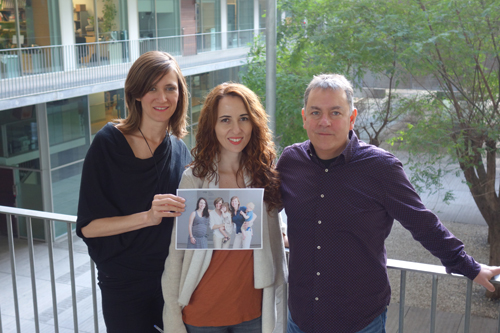 Changes in the brain produced by pregnancy take place in the areas of the brain related to social knowledge and have to do with the relationship of the mother with the child. The researchers believe that they are given to face the challenges posed by motherhood.

It is known that pregnancy produces psychological and hormonal changes in the mother, but its influence on the structure and functions of the brain was yet to be determined. Thus, the Autonomous University of Barcelona has carried out an investigation with the Marine Hospital Research Institute, before and after pregnancy. This research has shown that the brains of women who have been mothers for the first time lose gray matter, but this does not produce cognitive loss. On the contrary, the opposite happens.

This change is known as conditioning pruning. According to the researchers, the process is similar to that of adolescence, since children also lose gray matter when going into adolescence. In this process, adolescents lose their weak neuronal synapses and achieve more mature and effective mental processing.

The study has shown that the loss of gray matter occurs mainly in areas of the brain related to feelings towards others and that it does not occur in men or in non-pregnant women. The researchers have also found that pregnant women are activated when they see images of their children through these brain differences. What's more: Volume changes foresee the adherence or coldness of the homelands towards their children.

It seems that these changes occur to address the challenges posed by motherhood. Thus, the results show that changes in the mother's brain increase the link with the mother's child to facilitate the knowledge of her emotional state.