We've been told about human evolution in an exciting way: the hunt for large mammoths, brain development, the spread of Africa to everyone… But there are hardly any women in this story. The inventions that have supposedly been key to the development of our species have been assigned to men, making the biologically natural contributions of women invisible. However, for human evolution, more and more researchers consider protracted lactation, childbirth care and cultural transmission to children. Without that, we are not understanding human evolution. It's time to rewrite the official story. 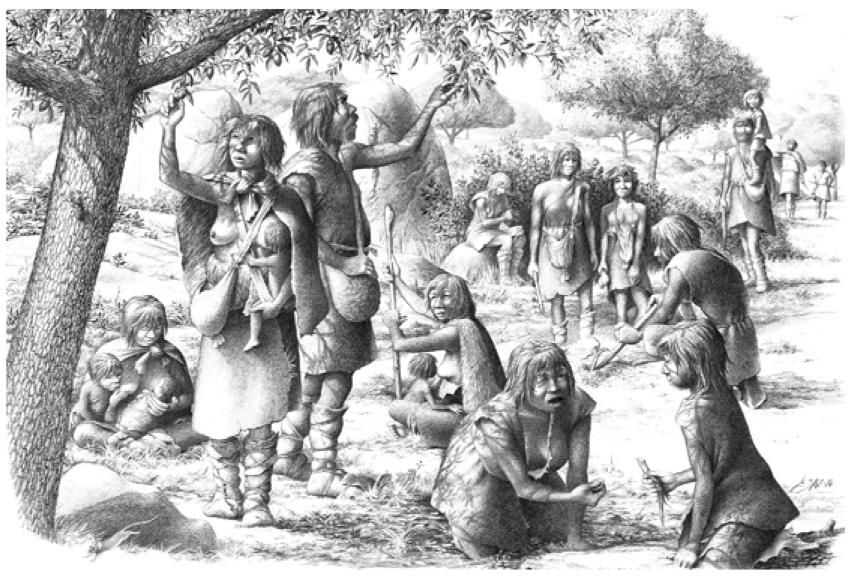 In view of the images of human evolution, it seems that the only contribution of women to evolution has been that of descendants. In other words, to perpetuate these characteristics achieved by men through the hunting of large animals and with enormous effort. But the human evolution research center CINEH now wants to help understand human evolution from another point of view and has organized a traveling exhibition with the aim of generating debate. The Chair of Scientific Culture has organized a series of conferences that complete the visit to Bilbao in the autumn. Carmen Manzano Basabe, biologist at the UPV, Asier Gómez Olivency, researcher at Atapuerca and paleontologist at the UPV and Aranzadi, Arantza Aranburu, researcher at Atapuerca and geologist at the UPV, and Vega Asensio Ilustrero, biologist, have opined article. In the study of human evolution, the four identified the trend of current society towards an androcentric view. 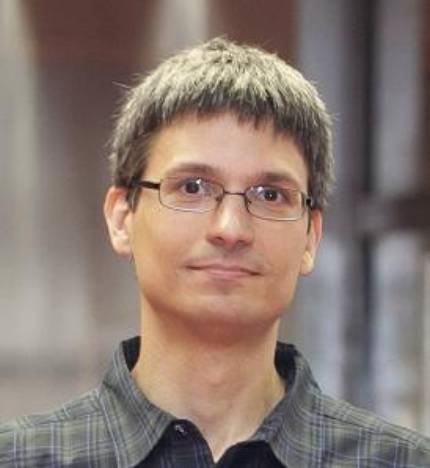 “They are fossil remains, but the story we have built with them has been constructed with prejudice. We use current glasses to interpret the past,” said Asier Gómez Olivency. “An example: In the only double burial of the Middle East Paleolithic, from 90,000 to 100,000 years ago, a young adult and a child were found. Adult, called Qafesp 9, was not very strong and was interpreted to be a woman buried with her son. This added to the belief that childcare was entirely in the hands of women. But recently, when questioned and analyzed, it has been seen that he was a young man.”

“Every time a skeleton appeared with the tools it was directly interpreted as a man, especially if there were weapons for hunting large animals. And it is that it has been considered that hunting was done by men,” explains biologist Carmen Manzano Basabe. However, there is no evidence in the fossil record that only men hunted and women picked up. 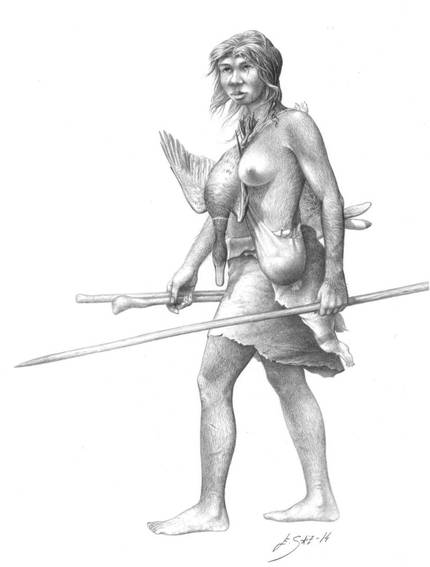 “I ever remember the burial of the oldest found hunter. It was discovered in the Peruvian Andes. Buried fossil bones 9,000 years ago, along with big animal hunting tools. And although nobody expected it, they showed that she was a young woman. I mean, the oldest hunter discovered in America is women. In view of this, the studies carried out so far were reviewed and it was found that between 30% and 50% of the hunters in the fossil record were women.”

The study suggested that, in the early hunter-gatherer societies, young girls also hunted to be mothers and even later, thanks to the aloparental care of the group's children. The group looked after the children and they were collectively breastfed. The fact that the main hunting technologies of the time were launchers contributed to the participation of almost any team member in the hunt: women, men and even young children. The conclusions of the fossil record were obvious, but few scientists were convinced.

Researchers believe that the game technologies that were created later brought the specialization of men in hunting. For example, bows and arrows. Cultural developments therefore meant that there was no initial limit.

“The only limitation that women would have was the impossibility of carrying out actions that required much force. All the other limits we put to them only harm and prevent us from understanding evolution,” adds Manzano. 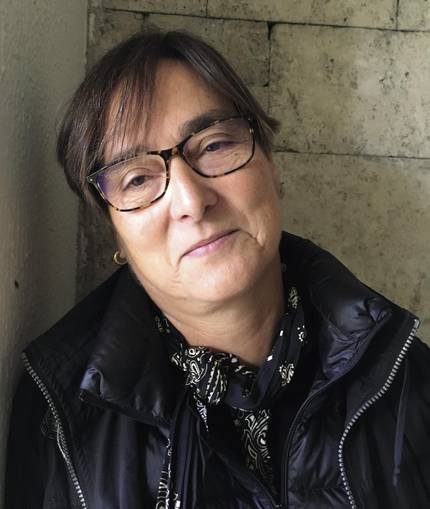 [Carmen Manzano Basabe]. Biologist. Researcher and professor at the UPV.

So we're not understanding human evolution. We cannot understand it until we clean our eyes. Moreover, as long as women and their contributions are not seen.

“Kinegetic technology has been very prominent, but other key elements for the evolution of our species have not been revealed in the official report of human evolution. In fact, key factors have differentiated us from other species such as childbirth, prolonged breastfeeding, prolonged care of children and cultural transmission of knowledge,” Manzano said.

But science hasn't taken them into account. In the report of human evolution, the same ones that are considered secondary activities in the current patriarchal society have been hidden. There are two main reasons: on the one hand, the partial look full of prejudices from scientists, which disregards the contribution of women in general, and on the other, that these activities do not leave fossil records. To what extent have they been key to human evolution?

A characteristic feature of hominids is bipedism. But when we started walking upright, the human pelvis had to reposition itself: the change of posture made the birth canal narrow and ceased to be correct. Since then, unlike chimpanzees, human newborns have to make a turn in labor and are born looking backwards rather than towards the mother. This complicates birth. Although chimpanzee births are easy and fully autonomous, women will need the help of their partners in childbirth. Thus, bipedalism turned labor into a social action, as well as a complex and key process for monitoring the group. It is proposed that obstetrics would be the first profession of man, created together with bipedism, at the beginning of human evolution. 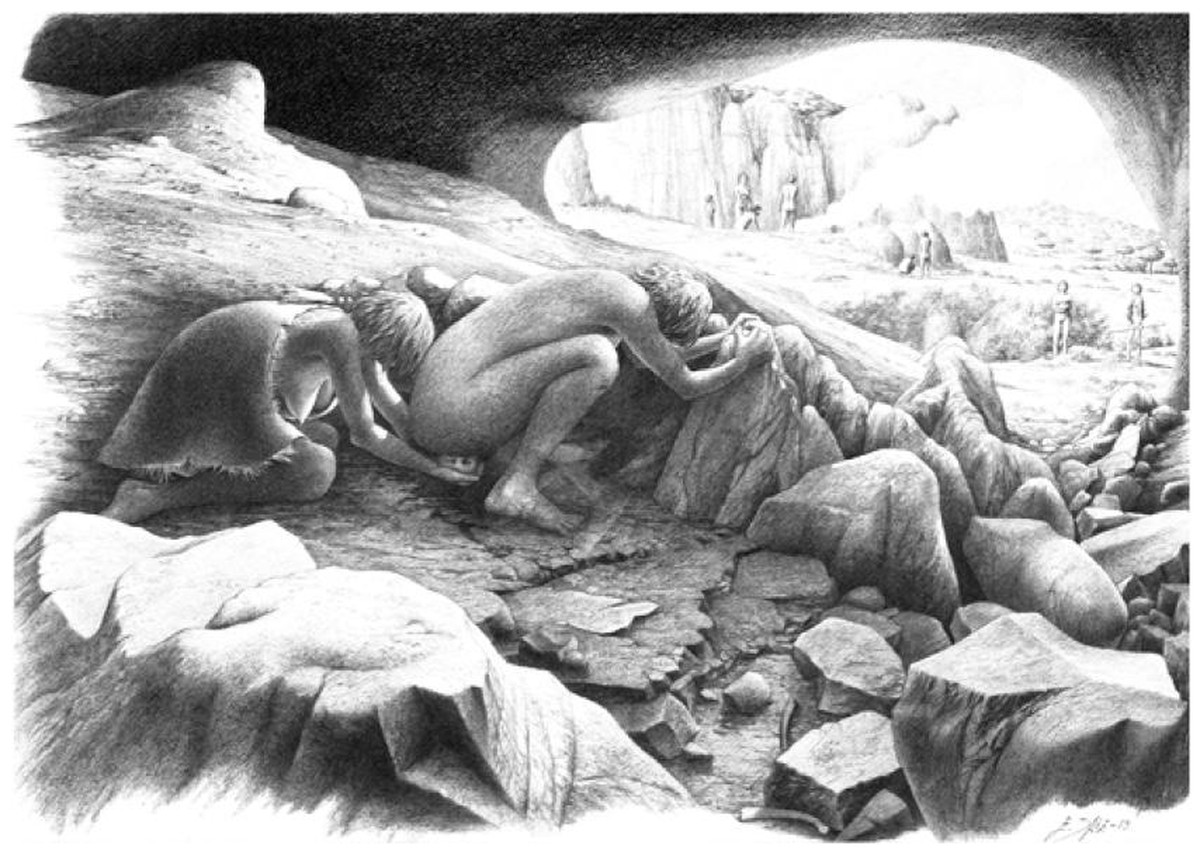 Delivery became the social action and key to the follow-up of the group. Illustration: [Eduardo Saiz Alonso/CC BY-NC-ND].

Moreover, since the birth canal was tightened, the human newborn brain could only represent 28% of the adult volume. This, unlike the rest of the hominids, led the human brain to develop after birth, extending childhood to seven years. Thus, during the development of the human brain, breastfeeding and prolonged care became fundamental. Each woman had about seven deliveries and every child will breastfeed for three or four years. It is supposed to be a great presence in the life of the group. But the official story has left out. Homo's drawings do not show the women who give birth or the children who breastfeed. Men are the most abundant and prevalent.

The scientific illustrator Vega Asensio Herrero is critical of these drawings: “It is common that in the foreground men appear actively, using tools and weapons, and behind women, doing secondary activities or simply being”. 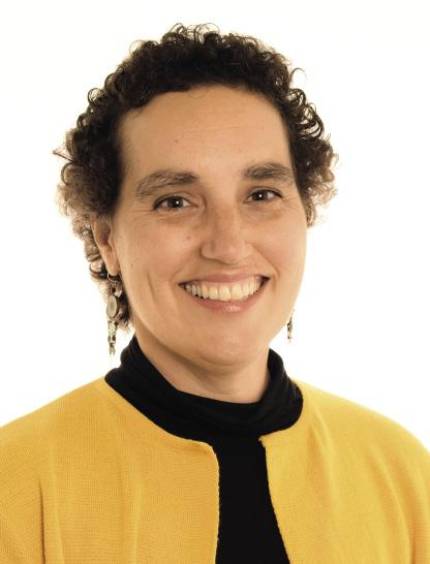 “I remember what María Ángeles Querol Fernández concluded by analyzing the exhibition of Atapuerca,” says Manzano. “In the main scenes there were 20 men and 3 women alone. The men appeared in the following activities: hunting, carving of stones, sharpening of rods, spiking the entrance to the cave, burying dead, scraping hides and collecting berries from the trees. Women, however, at rest, eating or, at most, caring for their baby”.

“Scientific enlightenment has made women invisible,” says Asensio. “Asking the children reveals that, by not seeing the women in the images, they believe that at that time there were only men. From the publication of the first scientific representation of a pre-historic being in 1873 to the present, male images predominate. This makes us think that males are the engine of evolution and the only protagonists of Prehistory. But why not show the two sexes and their collaboration in the illustrations to make them understand that both have been key to the survival of the species?”

“On the other hand, we must understand that the evolution of our lineage was not a purely biological process, but a biocultural one,” says Manzano. “I mean, I think we can’t talk about human evolution from biology. From a biological point of view, we are nothing more than strange African monkeys. And what are our oddities among the monkeys? Because we're a bipedism and an animal absolutely linked to a culture. In other words, they used culture to adapt to changes in the environment. This new cultural specialization was fundamental to the success of our species, as it entailed important changes in the way of working as a team: the team began to take care of cooperatively and social learning gained strength. With these new cultural resources, human beings expanded all over the world. They created fire, technologies and shared beliefs.” Therefore, care and cultural transmission of children may have been key to human evolution. That has also not taken place in the official version.

“On the other hand, it seems that in our evolutionary success it has been important, at the same time, for women to stop being fertile. I mean, early menopause. It increased the possibility of helping their daughters, better caring for their sons and surviving. And yet, this stage of life has come to this day totally stigmatized. There are hardly women in the climate and old age, and I think that in the report of evolution all human stages must be given importance”, Asensio has reflected. 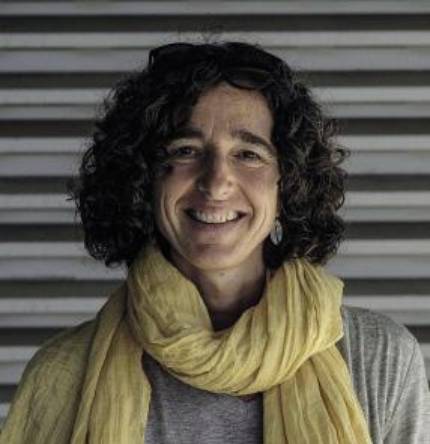 One of the reasons for the partial look is that until recently most researchers have been men and have left out the eyes of women. For example, most of those who study human evolution in caves of karstic contexts are men. The geologist Arantza Aranburu Artano has given some important keys: “We need to be aware of what we women need to be able to investigate. We need to empower ourselves in speleology, to open paths in caves, to guide, to rapture... How are we going to interpret human evolution in another way, do we still have these mental limitations? Culture has so much burden on us that it is very difficult for us to change our gaze.”

Now, given the importance of reviewing the scientific report, what questions should the investigation of human evolution review?

“The truth is that there are many prejudices in the narrative of human evolution, not only in gender. There are also signs of racism and a colonialist vision,” Gómez said. “To avoid this, it is imperative that we all have awareness and collaborate more with the sciences of humanity. We cannot work alone.”

Manzanos has also criticized the finalism that reflects the influence of religion and evolution: “From chimpanzee to man there have been no chains. We both have the same common pioneer 6-8 million years ago, and the evolution of hominids has not been a line of progression, but a shrub. Religion has “infected” us and the chains are confusing”. 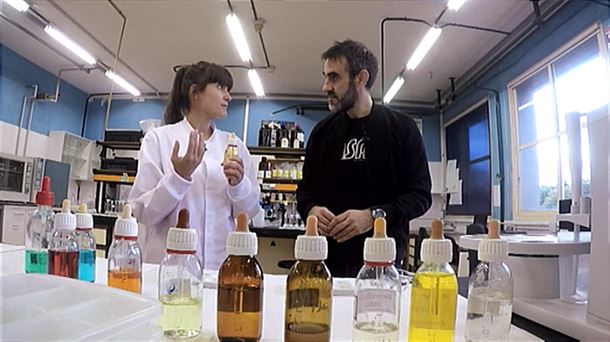