Last December 27 we were told that Eva was born and that this newborn was the first cloned man. And they told us that in a few days they would be genetic testing and that they would show that those statements to the press were true. 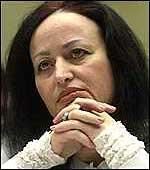 But the days have passed; no one has seen Eve and no proof has come; that is, we have perfectly known who the Hazelnuts are. According to the Rael, it was an alien civilization that created us by cloning and, according to them, human cloning is a way to eternal life.

This group was born 30 years ago in France. In 1973, a French journalist known as Rael, appears an alien being and reveals the truth to him: the man was born in the laboratories 25,000 years ago.

To thank this honor, Rael wanted to reach the height of those wise aliens and has again cloned to man. And, following the method of aliens, he presents us to the world and reveals to us his truth.

But here, on Earth, at least among scientists, we work differently. Studies are published in journals for others to read and discuss. And we must prove that they are true. Providing data. And let see the results. And so that everyone who wants can repeat it. 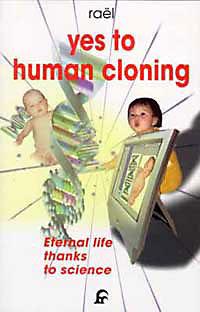 For Rael, human cloning is the way to eternal life.

The Rael have given no proof for the moment, but many suspect they have achieved what they wanted. Advertising and money.

Unfortunately, the issue of human cloning has also been subjected to a new inspiration, and many scientists fear that such breathing will not drown research, because we have again begun to hear ethical and religious arguments against human cloning. And some are tempted to turn those arguments into laws.

But it is more important to listen to scientists. Scientists have insisted that cloning techniques are only in their beginnings, have very little success, they are lost more than a hundred times per clone they live, and those who live also have health problems.

Sheep, mice, pigs and cows have been cloned, but the process is not well understood and much remains to be learned, for example, monkeys have not yet been cloned. Thus things, scientists consider the realization of human cloning essays a mockery.