Eucalyptus plantations in the Urumea River 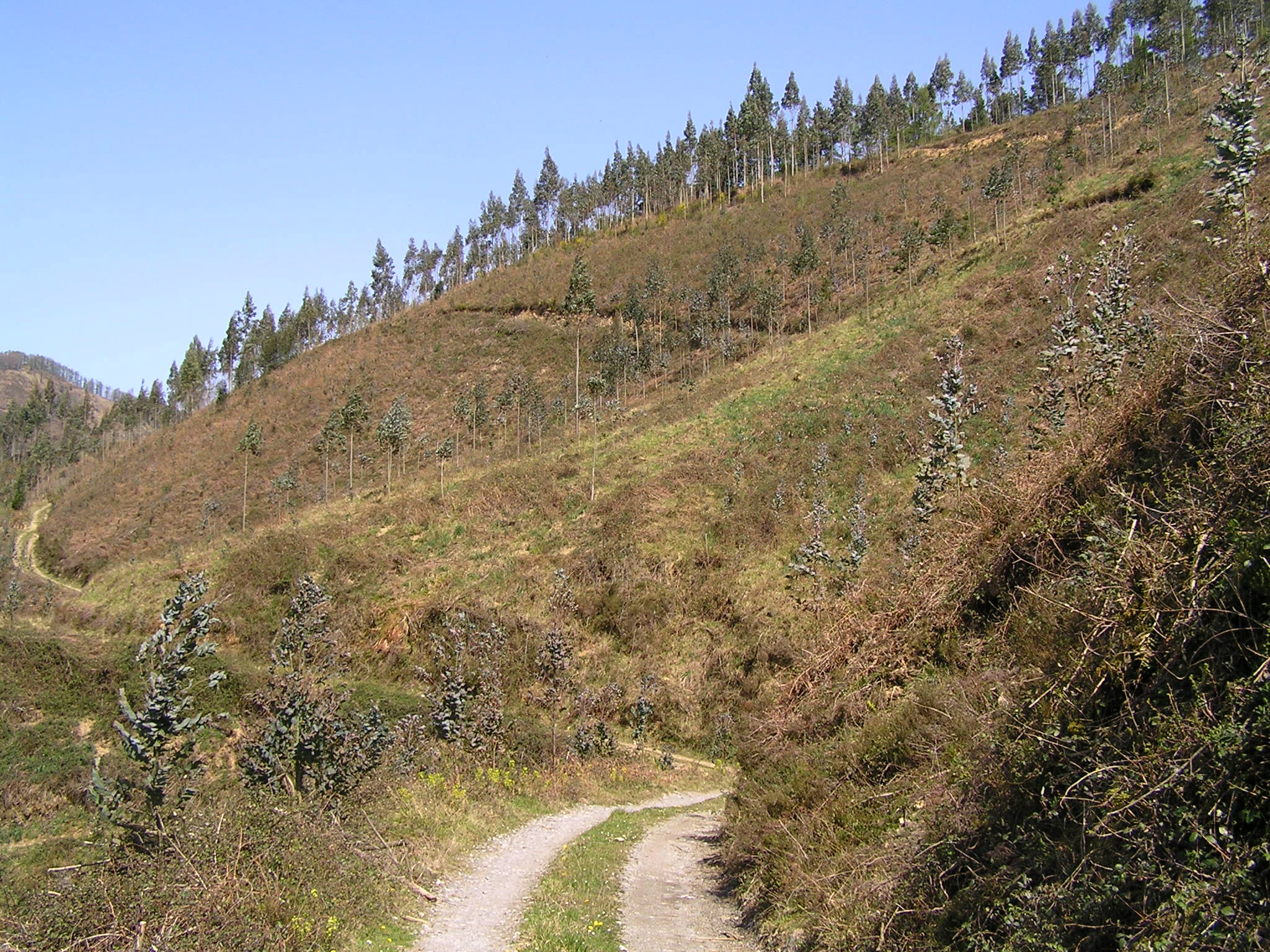 Through this writing, coinciding with the celebration of International Biodiversity Day, we want to express our concern and concern in recent years and, above all, before the eucalyptus plantations that are taking place in the Urumea valley in recent months, with the authorization of public institutions. Eucalyptus plantations in some valleys of the Urumea bordering Navarra (Arroyo de Usoko, Kartola or Valle de Olaberri, Sagarreta…) are increasingly abundant (according to information obtained in the press of 300 ha), which, as various studies indicate, can generate unrecoverable impacts on local biodiversity, the different ecosystems of the valley, the hydrodynamics of the river and the fauna.

As demonstrated by the studies carried out since 2007 by the signatories of this paper, valleys of great importance from the point of view of biodiversity [1] have received eucalyptus plantations. The lithology, location and accident of the valleys create special conditions that make them the residence of numerous threatened species. It is noteworthy, for example, the presence of 112 nuclei of 6 threatened plants that are represented in the work we published in 2013 [2]. Among them are the populations of Soldanella villosa, only localizable worldwide in the environment of Euskal Herria, and the populations of protected paleotropical ferns Hymenophyllum tunbrigense, Vandenboschia speciosa and Dryopteris aemula. It is a species of Veratrum album of isolated distribution and of specimens of Prunus lusitanica of paleotropical origin in danger of extinction. 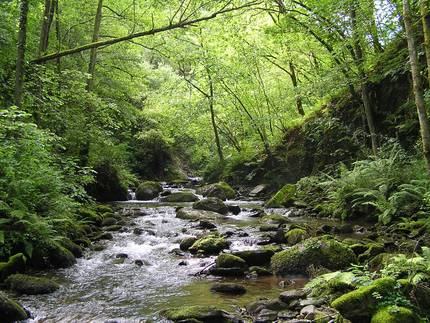 As indicated in the study, in addition, these valleys are very important for the conservation of the species mentioned. In fact, more than 30% of the distribution area of H. tunbrigense, S. villosa and V. speciosa, known in the Basque Country until 2013, was in these valleys of the Urumea. Therefore, in the case of V. speciosa, for example, since 2012 local nuclei are part of a study on the genetics of populations at European level and valleys can be refuge of the species against climate change [3]. In turn, most populations of threatened plants are outside protected areas, such as Natural Parks or Special Conservation Zones, and as we have already mentioned in the study, some types of forest farms can pose a risk to the survival of these protected plants [2].

Also from the mycological and licenological point of view, some of the unique species found are remarkable. Many of them threatened: Lobaria pulmonaria, Lobaria virens, Thelotrema lepadinum, Sticta canariensis, Sticta limbata, Nephroma parile, Piptoporus quercinus (listed as vulnerable in the IUCN).

In addition to all of them, the presence of protected wildlife species is remarkable. The herpetological study carried out over 10 years [4] includes 15 species, of which 7 enjoy protection at European level. However, research by Aranzadi Z.E. with autochthonous specimens have shown that eucalyptus plantations have a direct impact on their health and survival [5].In addition to herpetofauna, it is noteworthy that the management of the endangered European mink (Mustela lutreola) and the Pyrenean Dike (Galemys pyrenaicus), in whose degree of conservation should be included in the plan of form, therefore in the management of their plan.

In the absence of other research, the data mentioned are only the result of the studies carried out to date. In view of the potential of the valleys, however, it is expected that they can also be residence of other protected species. Likewise, the locations of the valleys act as natural corridors of the Special Conservation Zones of Leitzaran, Urumea and Aiako Harria, protected at European level, allowing their connectivity.

- Creation of natural corridors between eucalyptus plantations already made.

- Maintenance or restoration of the native forest at a distance of 100 meters from the stream in the areas in which plantations have been made, as indicated by the management plans of the mink and the desman.

- Structured and orderly forest plan at the basin level, taking into account the conservation of indigenous ecosystems and species.

- Monitoring of regattas and indigenous protected species, promoting research to measure the impact on the biodiversity of the plantations carried out.

- Compliance with strict measures and monitoring of forestry work.

- Provide these valleys with a greater degree of protection, turning them into networks of microreserves, Natural Parks and ZEC previously raised.

- Coordination between institutions and researchers. 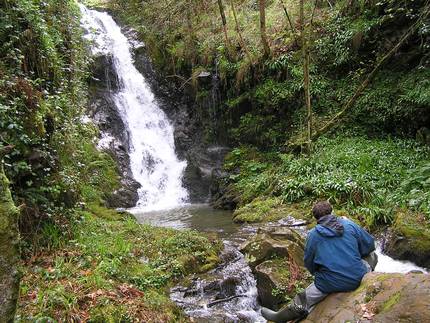 The management of these valleys, in addition to biodiversity and landscape, directly affects water and soil conservation, as well as flood risk management. The consequences of climate change will be even more serious as fast growing plantations predominate. In addition, the frequency of flooding and damage to the Urumea basin have increased in recent decades. The logging of forests, the sewn of the slopes by tracks, the movement of lands and the compaction of the soil are undoubtedly irreparable damages.

Despite the existence of laws and regulations, we believe that these are not enough to protect our heritage. The long history of these valleys does not explain their fragility. Nor economic contexts: The Basque Country is among the eight EU countries with a higher GDP per capita. Will we not be able to preserve the biodiversity and identity of these spaces?

In this context, it is of vital importance to keep the Spring and its arteries in good condition. Moreover, in these times, all studies show that biodiversity conservation is intimately related to our health and the legacy we will leave to generations to come. We believe that the pandemic by COVID-19 is the best choice for reflection.

Therefore, we call for the implementation of real conservation projects in the Urumea as soon as possible. The conservation of riverbeds and riverside vegetation is a measure of life or death for both threatened species and for us, so it is a priority to buy land, preserve land or restore streams surrounded by plantations. That is our challenge and for this project we request the accession of different entities, associations and people.

[3] Felipe-Díaz, A., Olariaga, I. & Sanz-Azkue, I. 2012. Analysis of the potential geographic distribution of Trichomanes speciosum fern in Hernani and Urumea basin. City of Hernani. 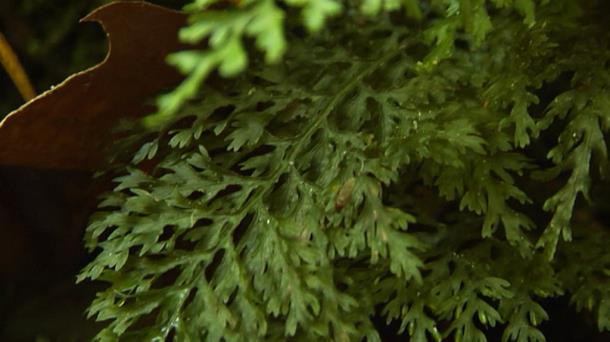 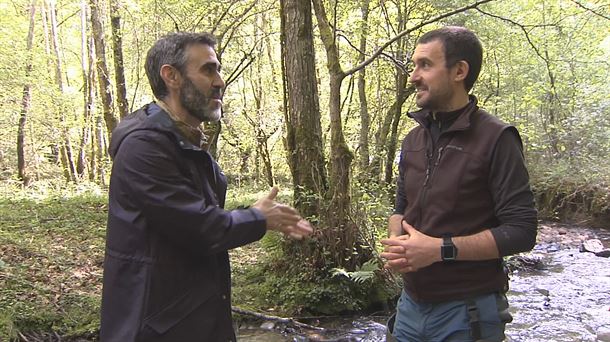