Chinese scientist Jiankui He has presented two genetically edited children in the media. In the videos and press of Youtube has explained that it transformed the embryos of seven couples to make them resistant to AIDS through the technique CRISPR. And of those embryos have come to be born twins of one of the couples. Before confirming the veracity of the experiment, the scientific community has rejected it for considering it dangerous and ethically unacceptable. 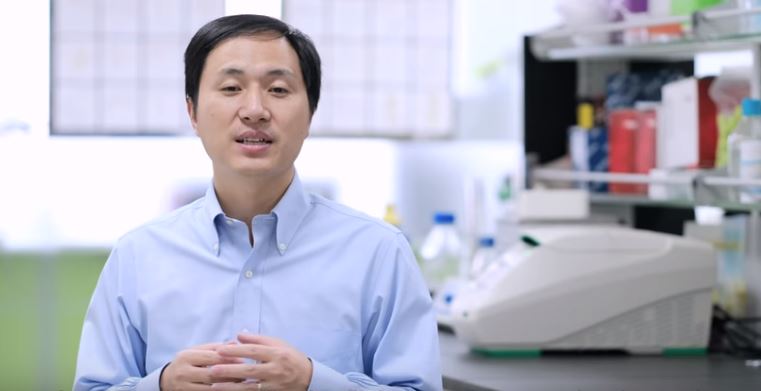 Researcher Jiankui He, explaining about genetically modified children. Ed. The He Lab

Koldo Garcia Etxebarria, researcher at the Biodonostia Health Research Institute, also considers that the work of Jiankui Her may have other consequences: “If you have actually made a genomic edition and have not been informed by your university or by your ethics committee, in addition to overcoming the ethical red marks of genomic editing, it is a bad praxis. To this we cannot call science. The researchers cannot do what we want because we can only: there are some procedures that we have to follow. If not, the foundations of science are wounded and the trust of society is lost.”

Precisely at the time of the dissemination of the news, the university that houses its laboratory, the University of Science and Technology of the Southeast (SUTST), issued a statement in which it was demonstrated that the investigation was not known, that the researcher had not requested the authorization, that it had acted erroneously and that it had exceeded the international ethical codes.

The laws on the use of genomic editing are not the same in all countries, but all agree that there can be no genetic changes that are transmitted from one generation to another, because it is not possible to know what consequences it would have. Therefore, it is only allowed in adulthood, but with many limitations, and is still found at a very early age.

In the case of Chinese children, however, embryos have been transformed, without knowing it, not only their consequences in the coming generations and in society, but in the children themselves. The researcher explains that he has removed the CCR5 gene, which is the lock used to access hiv-infected cells. But experts warn that this technique can cause side effects, for example, Professor at the University of Oxford, Julián Savulesku, has said it poses a risk of cancer.

In addition, the objective is incapacitating for experts, since it has not sought to cure a disease, but to make it immune to a preventable disease.

The issue will continue to give importance, for example, at the International Congress on the next edition of the human genome in Hong Kong.

Analysis by Koldo Garcia Etxebarria: Change the genes to the letter: where are the red stripes?