Theory of evolution, beyond science 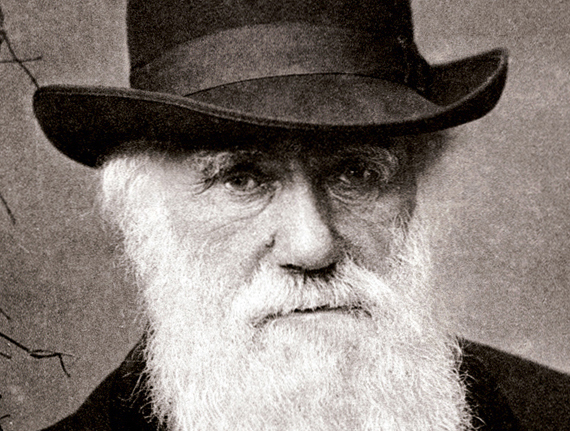 Charles Darwin's theory of evolution changed the conception of the human being of himself and of other species. - Ed.

140 years ago last week with the death of Charles Darwin. The theory of its evolution changed the conception of the human being of himself and of the other species. And it keeps on thinking: those who accept the theory of evolution have less prejudice than those who deny it, to migrants and to people of other ethnicities or of sexual identity.

To this conclusion comes a group of researchers from the results of a study conducted in 19 Eastern European countries, 25 Islamic countries, the USA and Israel. In fact, they've seen that the deniers of evolution have stronger prejudices, a higher tendency to discrimination and greater racism and LGTBIQ phobias in all the countries and cultures studied.

According to researchers, their initial hypothesis was that those who introduce the theory of evolution are clear that humans are animals, similar to many other species, and that we, people, are of the same species and, therefore, equal to each other.

They wanted to know the influence of education, ideology, religion, cultural identity and scientific knowledge on this mentality, and have obtained the same results in all the studies conducted. Basically, the acceptance of evolution is associated with a lower amount of prejudice, regardless of the group to which it belongs and the characteristics of the other groups.

For example, religious beliefs did not influence this perspective. That is, if believers accept the theory of evolution, they have less prejudices towards others than those who deny it, whatever religion, and that religion has a particular or different doctrine towards others. I mean, they saw that the initial hypothesis was correct.

This seems to have a lot to think about, because Darwin's ideas were used in his day to justify racism, machismo and homophobia. In fact, Darwin himself stated that man was a ‘bodily and spiritually’ being more powerful than woman, and the ideas of the survival of natural selection and the best choice were used to strengthen power relations.

However, the examination they have now carried out is quite the opposite. In Israel, for example, the most believers in evolution had a greater tendency to peace between Palestinians, Arabs and Jews. In Islamic countries, acceptance of the theory of evolution was related to less prejudice towards Christians and Jews. And the same thing happens in Eastern Europe and the United States, which is related to less prejudice towards Roma, Jews and Muslims in Eastern Europe and less racism and less LGTBIQ phobias in the United States.

Therefore, researchers suggest that teaching the theory of evolution in educational centers and its incorporation by students has consequences beyond learning a scientific concept and contributes to coexistence and a better society.