Cornelius Rhoads: War as a Remedy

Barin, south of Italy. Year 1943 and II. The World War was boiling. The American doctor Cornelius Rhoads (1898-1959) looked at the countless wounded of the hospital: the war was not going to bring anything good. Never. Never? 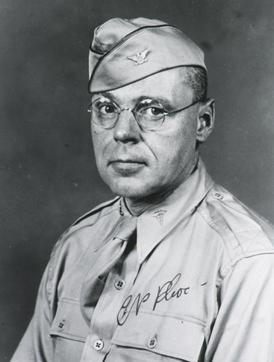 "Mr. Rhoads! a nurse yelled at him. German planes bombard the port and fire the USS Liberty. The ship transported 100 tons of mustard gas. There are many wounded!

More wounded! Mr. Rhoads began to work. He observed what the effect of mustard gas was: immediately after the gases occurred, the number of white blood cells (leukocytes) in the patients increased, while in the coming days the injured were practically without white blood cells many of those affected by violent gas exposure died.

As the days passed, Rhoads was surprised: in addition to the damage to leukocytes, there were hardly any other infections in patients.

"It seems that mustard gas only affects white blood cells! he realized with great amazement that it seemed really strange to him. Could anything be taken out of that rarity? Well, yes! In fact, it was the starting point for chemotherapy: in leukemia, white blood cells multiply without measure and cause great damage. Now they had a powerful weapon against this disease.

The counterpart was expensive, but the unfortunate bombs brought a happy conclusion.