Does the brain have sexual orientation?

Are there specific brain areas related to sexual orientation? Are gay, bisexual and heterosexual brains different?

Research based on neurovisual techniques can help answer these questions, reducing the stigma associated with non-heterosexual sexual orientations. 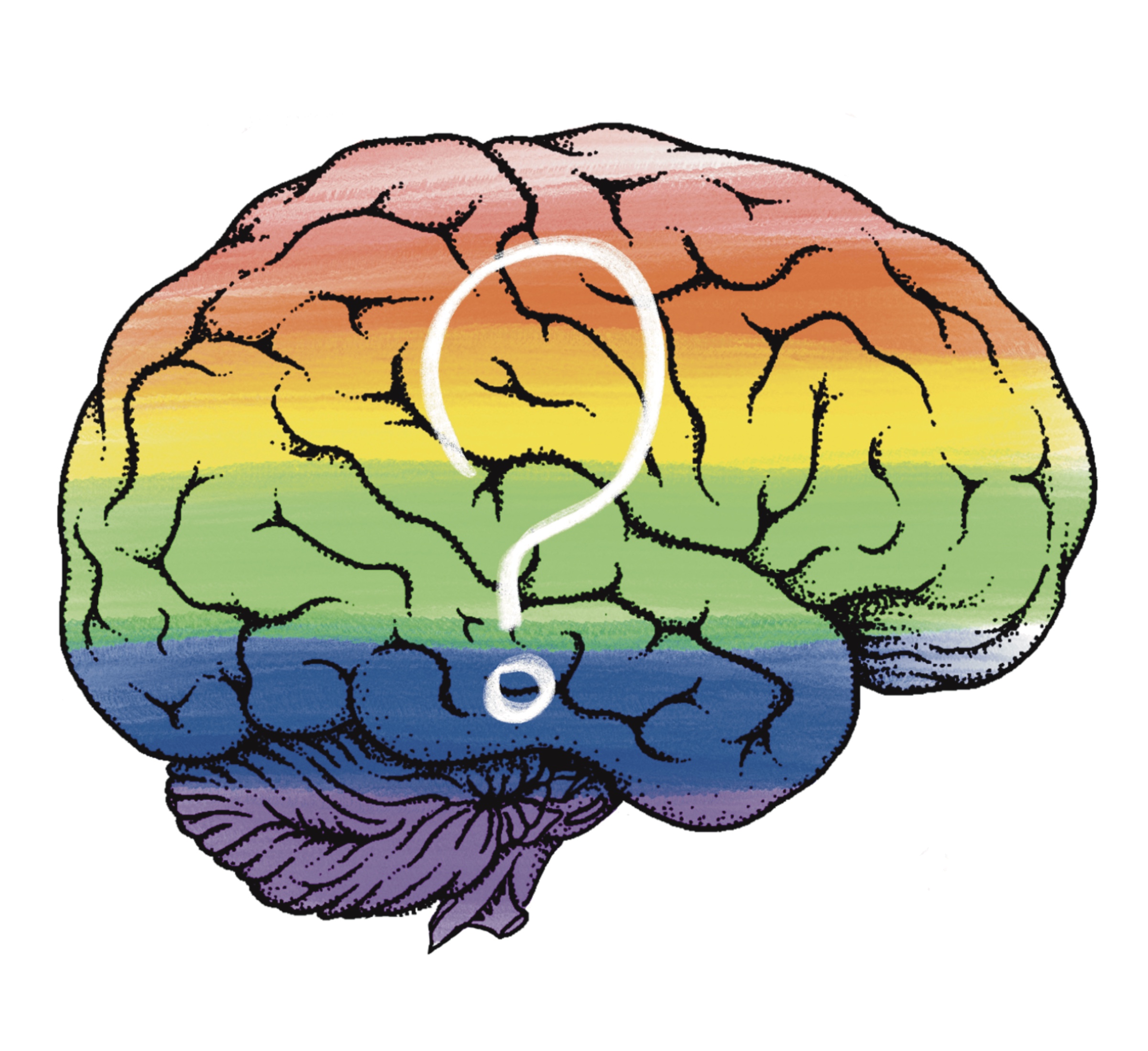 The usual practice of sexual behaviors among individuals of the same sex in many species of individuals suggests that the diversity of sexual orientations has genetic/biological roots. It should be noted that evolutionarily also occur in species close to humans, such as chimpanzees, bonobos (Savolain and Hodgson, 2016). Paradoxically, homosexual behaviour is often considered unnatural.

In fact, homosexuality was classified as a mental disorder in the first edition of the American Psychiatric Association (1952) Manual for the Diagnosis and Statistics of Mental Disorders, and this was maintained until the moment it was removed from the second edition of the manual. However, there are still those who understand sexual orientations other than heterosexuality as a phase of deviations, caprices or development that can be corrected through education; and LGTBIQ+ — lesbian, gay, transgender, transsexual, bisexual, intersexual, queer and other identities and orientations — there is a stagnation or regression in tolerance of collective rights in many countries.

Is sexual orientation synonymous with nature?

Beyond the sexual attraction, there is a tendency to relate sexual orientation with character. For example, the term gay is common as a way of proceeding, music, fashion, etc. They're associated with male homosexuality. descriptive use. There have also been attempts in science to separate homosexual persons from heterosexual persons of the same gender, based on identity and behavior in general (Wells and Schofield, 1972). In any case, the most recent research indicates that the direct relationship between identity and sexual orientation is low. No differences were found in cognitive abilities such as memory and attention (Xu et al., 2020). However, it has been observed that homosexual people tend to be more open to new experiences than heterosexuals (Allen and Walter, 2018). 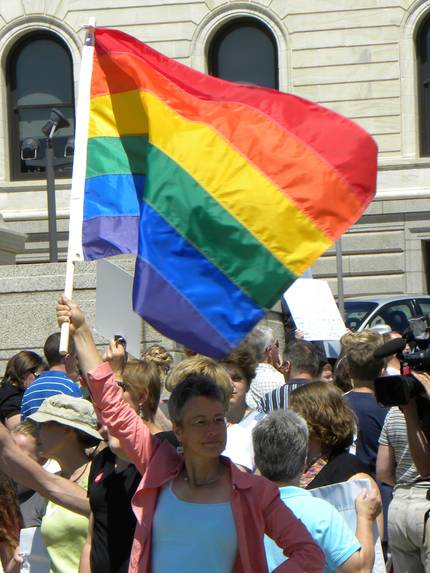 In this sense, pioneering research studied the brains of heterosexual men (GHe), homosexual men (GHo) and heterosexual women (EHe), postmortem. Thus, they observed that the size and number of neurons in a specific field of the hypothalamus involved in sexual behavior were similar in the SDGs and RCDs (LeVay, 1991; Swaab and Hofman, 1990). It was the first empirical evidence to match the idea that romantic/sexual preferences are brain-based. As in many studies, gay women's brains were not analyzed.

More recently, magnetic resonance has allowed us to study the anatomy of the brain in vivo. Research using this technique has found some differences in corpus callosum size — in GHs it is higher than in GHs — (Witelson et al., 2008), in the stem volume — in the GHs it is lower than in the RD and GHe, but similar in the GHos and EHe — (Manzouri and Savic, with b; Votinov et al., 2021), and in the volume of buitam — higher in GHo,than in RD, but similar in GHo,and GHe — (Votinov et al., 2021).

There are also differences in the volume and thickness of brain surfaces, especially in frontal, temporal, parietal and occipital lobes (Abé et al., 2014; Manzouri and Savic, Implies, b, a; Ponseti et al., 2007; Votinov et al., 2021). However, although specific similarities have been found in some areas of the cerebral cortex between the SDGs and RCDs, and between the DR and ED, in general, the results are heterogeneous and a model of sexual orientation based on it cannot be established.

In the same vein, to see if sexual orientation is going to be related to the anatomical interconnection of different parts of the brain, the white matter of the brain has also been studied using neurovisual techniques. Thus, Wang and his colleagues (2020) found differences between the SDGs and the SDGs, in the connectivity between the posterior central circumvoltions of the parietal lobe and the upper marginal gyms — in the SDGs it was lower than in the SDGs. Manzouri and Savic (conscious) found no differences in the brain connectivity of women of different sexual orientations.

On the other hand, functional neuroimaging allows the analysis of functional brain connectivity, that is, the tendency to activate different brain regions synchronously (Annicchiarico, 2009; Frigerio et al., 2021). As in anatomical connectivity studies, the results are heterogeneous and, depending on the research and the areas analyzed, it is observed that homosexual individuals have more or less functional connectivity than heterosexuals. For example, homosexuals show less functional connectivity between the frontal and occipital areas (Manzouri and Savic, b, a) and between the different areas of the occipital lobe (S. Hu et al. 2013), rather than heterosexual. In addition, areas where homosexuals show greater functional connectivity than heterosexuals include the thalamic and hypothalamic areas (Manzouri and Savic, b), the temporal lobe and the mesencephalon (S. Hu et al. 2013), and tonsils with ciningulated cortex, contralateral amygdala, underlying body, hypothalamus, different areas of the frontal lobe, bucket, and parietal lobe. 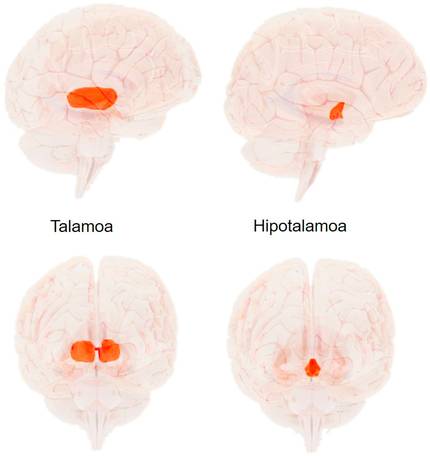 As with studies studying the size of different brain structures, similarities have been found in terms of functional connectivity between DR and ED, and between GH and EHe, but specific and therefore not generalizable. In particular, Savic and Lindström (2008) found that the ED has a similar model to the EHs in the functional connection of the amygdala with the cingulate cortex, the underlying area and the hypothalamus, while the EHo shows similar functional connectivity to the GHe between the amygdal and the lobe, paramethal front.

Finally, functional neuroimaging studies have allowed the analysis of brain activation versus stimuli of sexual content between different sexual orientations. Thus, parallels have been found between EHo and GHe and between GHo and EHe. Specifically, using positron emission tomography, it was observed that a male olfactory stimulus (an androgen) produced activation in the hypothalamus of GHoy EHe. In contrast, in the EHs and GHs, areas similar to the brain were activated by a female olfactory stimulus (Berglund et al., 2006; Savic et al., 2005).

In response to sexual stimuli, neuroimaging studies have found similarities between DR and ED, on the one hand, and between GHo and EHe, on the other hand, in the size and connectivity of some brain structures involved in sexual behavior, such as thalamus and hypothalamus. This suggests that there is a neurobiological basis in the desire for female and male traits and that, therefore, there are spaces in the brain related to sexual orientation.

At the same time, in relation to sexual orientation, differences have been found in the size and connectivity of some nuclei and areas not specifically related to sexual behavior, such as kuneo and cinulated cortex.

It is difficult to attribute a function to these latter differences, as these studies are merely descriptive. In any case, the low or null relationship between sexual orientation and identity and cognition suggests that these differences are related to the processing of information of a sexual/romantic nature. Therefore, we can conclude that the brain has a sexual orientation, always related exclusively to sexual/romantic preferences.

That being said, the similarities observed between people of opposite orientation and people of gender by neuroimaging techniques are very specific, and it would be wrong to infer that HB have the male brain and HG have the female brain. Moreover, studies based on neurovisual techniques show that in each sexual orientation there is great brain diversity and that the brains of homosexual, bisexual and heterosexual people are not, in general, different. This would explain why the link between water, water, tourism and sex has not been found. All this insists that it is wrong to reduce a person to their romantic/sexual preference.

We thank Garikoitz Beitia and Ana Galarraga for their collaboration in improving her writing, Maria García for her work with images and our friends and family, especially Ivan Arriazu, for their constructive comment.

Manzouri, A., and Savic, I. p "Multimodal MRI suggests that male homosexuality may be linked to cerebral midline structures". PLoS ONE, 13(10), 1–19. https