Does the air we breathe have self-cleaning capacity? It is not any question. The University of Leed is developing the technique called “Gas Diffusion Fluorescence Test” (FAGE) to answer this question per million.

The oxidation capacity of the atmosphere is also measured by the effect of sunlight and radicals. The researchers realized this long ago, but they lacked the tool that would make those measurements accurately, which is what is called FAGE.

Radicals are at low concentration in the atmosphere and also last very little time for detection. FAGE works as a mobile laboratory, where air comes by pop to high precision meters and where the study is conducted. The sample of this air is exposed to ultraviolet laser, which, excited by the free radical, produces fluorescence. The analysis of this reflection is done by computer and assimilates to the predefined models.

Knowing the presence and influence of radicals, Leed researchers believe they can clarify how they act against pollutants. If so, they can answer the question of ditxoso... 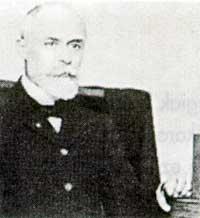