Obtaining Neanderthal DNA from Atapuerca sediments without the need for fossils

Science magazine reports significant research from Atapuerca: At the State Gallery they have achieved Neanderthal DNA without the need for fossils. Taking the terrestrial sediments of the deposit, they have sequenced the remains of human DNA that appear in it. According to researchers, fossils are no longer needed to identify ancient human species. Researcher Asier Gómez Olivencia foresees that it will be a very powerful tool for paleontology, since not finding enough fossil has conditioned that until now the phylogenetic history of Neanderthals and other human species can be completed. 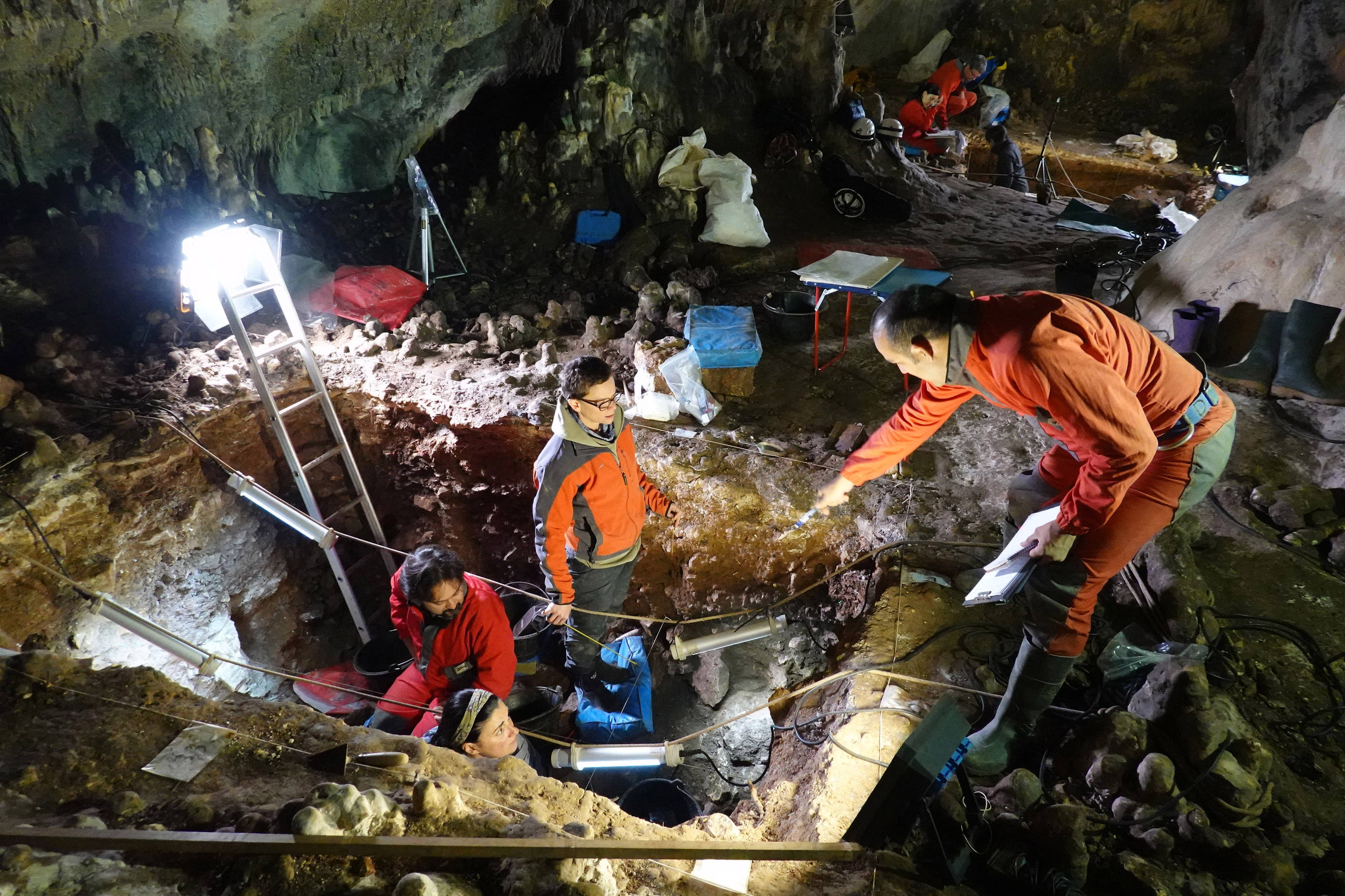 The State Gallery is not well known, but it is a singular cave. It was called thanks to the huge stalagmites that were created there for a million years. This cave was used by the Neanderthals. At that time the gallery had direct access from the outside, but then it was covering the entrance and the cave was completely isolated. When Homo sapiens reached Atapuerca, he could not get into the cave. Since then, the deposit has been completely isolated, keeping temperature and humidity stable, protected from the atmosphere. 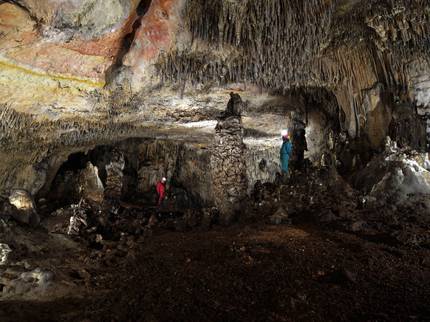 The Gallery of States has received the name of large stalacmias that have emerged from drops to drops and thousands of years. Ed. Javier Trueba. Madrid Scientific Films

Now, by analyzing only the sediments of the deposit, researchers have obtained Neanderthal DNA without needing bones. It is thought to be a DNA expelled by stool, urine, and other body fluids. Thus, they have found the DNA of several Neanderthals. The oldest is a man who lived 110,000 years ago. Comparing this DNA with data from other European Neanderthals, the team of Juan Luis Arsuaga has clarified that it could belong to a lineage of branched Neanderthals from the main line of Neanderthals 135,000 years ago. Due to the dating, it is believed that this fork would occur at the beginning of the warm period between the last two glaciations, when the weather was changing.

Tool to complete the phylogenetic history of the human being

The researcher of the Arsuaga team, Asier Gómez Olivencia, considers the new research historical. Not only because it methodologically allows obtaining and sequencing human DNA without any fossil, but because it allows to complete the phylogenetic history of Neanderthals. “In the hands of the data, we clarified that there were two moments in which the Neanderthal lineages diversified. 135,000 years ago there was a diversification. Later, most of this diversification disappeared, from which a line remained. And from this line, 105,000 years ago, there was a new diversification. In Atapuerca we have found an individual of the first diversification and four of the second diversification,” explains Gómez. And with emotion he added: “Human fossils are usually very scarce. In one deposit you will find two teeth, a small bone in another deposit… But it is usually not enough to complete this type of stories. Obtaining DNA from sediments has allowed us to acquire more pieces of this puzzle and build a European panorama.” 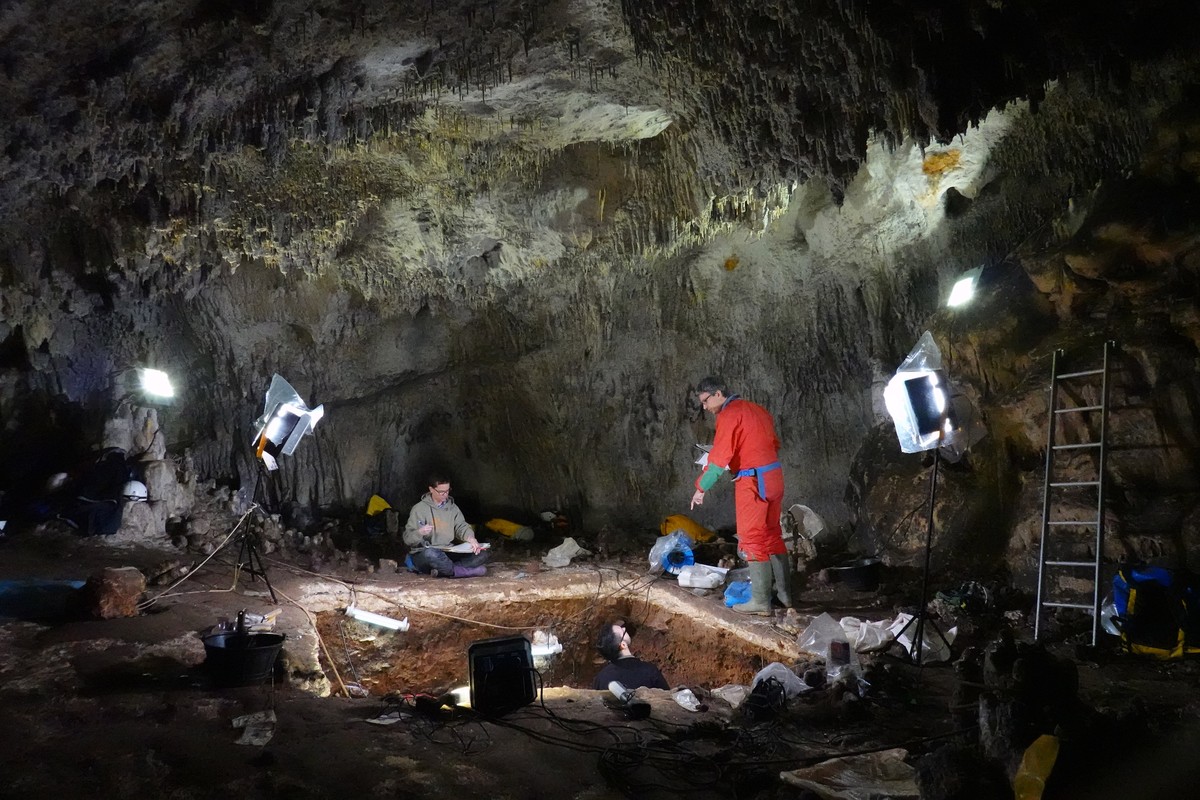 At that time, compared to Africa, Europe was a strange land for human life. In glacial times many areas were icy and the habitable, in the south, was very mountainous. One of the few temperate places of the Iberian peninsula on the coast. “At the interglacial time of 125,000 years ago, however, the climate in Europe was similar to the current, temperate and iceless. In this way, the groups could be more dispersed and produce local microevolutions, creating different lineages. Diversification makes sense in this context, correlation is seen from an ecological point of view,” says Gómez.

The greatest brain of human evolution

“In addition, it adheres to another very interesting question that Arsuaga mentions: the Neanderthals appeared 200,000 years ago, but the Neanderthals with more brains are only the last interglacier and the future Neanderthals, the classic Neanderthals. They had more brain than us, the greatest brain of human evolution. And after the last interglacier something else appears, both in the sapiens and in the Neanderthals: the burials begin, authentic individual burials. We don't know exactly what happened, but it could be related to increased brain. In this new work we have clarified that around this interglacier there is a diversification of Neanderthals and that then there is a second diversification. Can it have anything to do with the increased brain of Neanderthals?” Gómez believes that the pieces of the puzzle must be joined and tested these hypotheses. 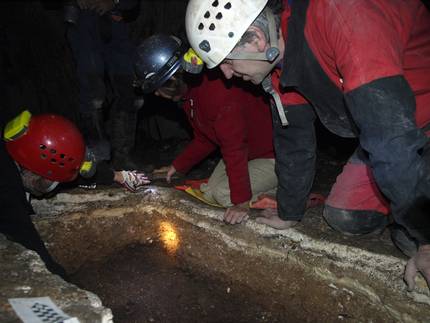 To refine the phylogenetic history of Neanderthals, the methodology of obtaining human DNA can be key without the need for fossils and from the simple sediment. This methodology is the result of the collaboration of the team of Juan Luis Arsuaga with the researchers of the Max Planck Institute of Evolutionary Anthropology. The German group Matthias Meyer demonstrated in a previous work that the DNA remains of ancient human beings can be obtained directly from the sediments of the caves. They managed to obtain the mitochondrial DNA of the sediments (informative of the mother's line). In the Sima de los Huesos (Atapuerca), nuclear DNA has also been obtained, with a much longer sequence and providing all the genetic information transmitted through the mother and father. It has been possible to clarify the sex of those human beings.

This technique does not allow obtaining samples from any deposit. DNA degrades at high temperature, so only in very northern deposits have obtained DNA from ancient sediments (Siberia). The Atapuerca State Gallery, however, has been completely isolated from the Neanderthals to date, remaining stable its temperature and humidity for 50,000 years. The researchers had to dig the cave carefully, without creating shortcuts, although the arrival to it has greatly hindered the daily work instead of traveling 18-20 meters from the entrance, crossing between 400 and 500 meters through the cave. 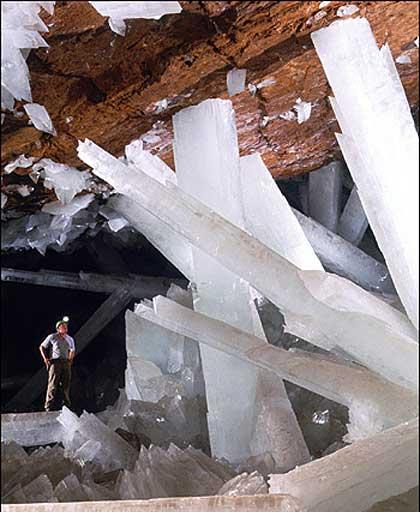