Nuclear risk in the distant future 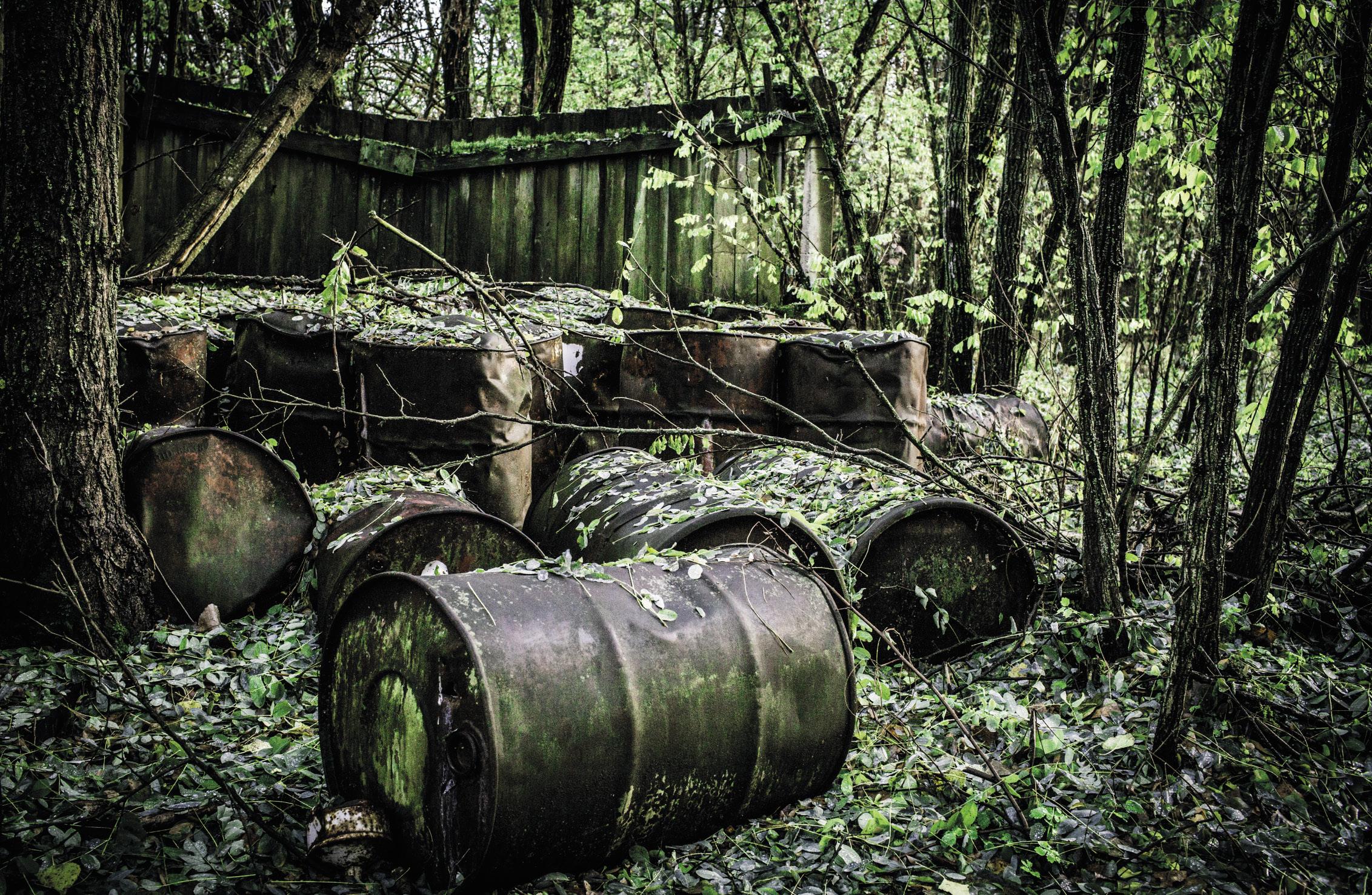 The nuclear power plant closest to the Basque Country, Santa María de Garoña (Burgos), was inaugurated in 1971 and operated until the end of 2012, although initially they had to close in 2011, when it turned 40 years old. By then it was the oldest plant in operation in Spain.

Since the end of the activity the demolition plan has been delayed. For the moment, it has been announced its beginning in the year 2022, and it has been estimated that to finish these works will be necessary a decade. Low and medium level radioactivity waste will be transferred to the warehouse of El Cabril (Córdoba) and the fuel used will be stored in the warehouse of the plant until the construction of the central warehouse in Spain. Villar de Cañas (Cuenca) is a warehouse that continues to repeatedly delay decisions, permits and tasks.

Some of the most dangerous radioactive waste in Spain is stored in France. In fact, after setting fire to the Vandellós I plant and suffering a flood, it was closed and taken to the Fantzia warehouse for its deposit. Even if they get expensive, at the moment they have no other solution.

But no long-term safe solutions have been found in France. With 59 reactors, it is the country that generates the most nuclear waste per inhabitant in the world (approximately 2 kg of radioactive fuel per person per year). And the first nuclear power plants they built are reaching the end of their lives without an adequate response to nuclear waste and fuel. In fact, its current warehouses are designed for a few decades, but radioactive waste will remain hazardous for over 100,000 years. 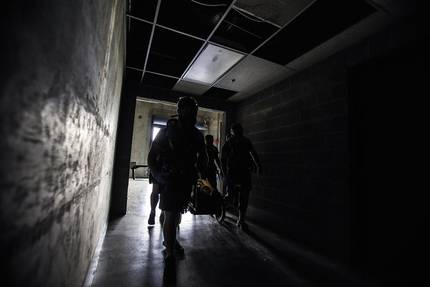 In many other places in the world they also work similarly. In the 1970s and 1980s, nuclear waste was proposed or the deep sinking of the sea, but one or the other option was ruled out as too dangerous. However, in 1990 it was committed to deep underground and stable geological structures, a path for which progress has been made in developing countries.

Intending to bury the risk

The first underground nuclear warehouse is located in the United States, New Mexico. It is a pilot waste isolation plant (WIPP) that aims to store waste generated in research and the arms industry. Located in stable salt mines for 200 million years at a depth of 650 m, it began to receive waste in 1999. Environmental groups have had security concerns from the beginning and an accident in 2014 further reinforced criticism. However, they continue in the United States with the idea of building a stable underground fuel tank for nuclear power plants.

Outside the US, Finland is the country where the project of a warehouse of these most advanced characteristics is located. It is called Onkalo. It is a facility excavated from granite rock at a depth of 420 m, near the central Olkiluoto, on the west coast of Finland, and whose managers have announced that radioactive waste collection will begin in 2023.

Onkalo became quite popular thanks to the documentary film Into Eternity (2010). The film collects interviews from experts and addresses issues of responsibility and safety in waste. But it also focuses on another aspect: How to warn future generations that in the underground there is a toxic material hidden and that it is and remains dangerous for thousands of years? 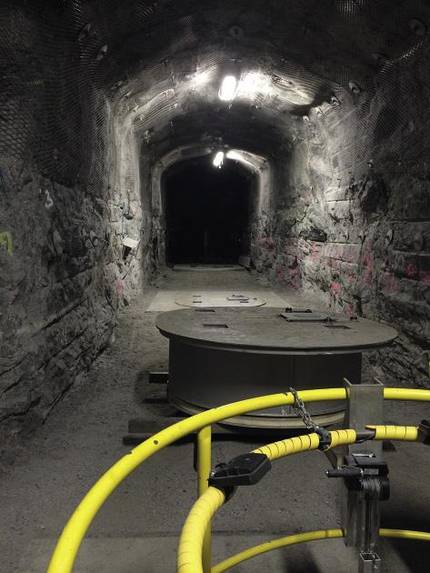 Warnings to the distant future

The question is substantial, but those responsible for long-term radioactive waste deposits have found no definitive answer. It is not easy to imagine how current communication tools will be understood in a 100,000 year old society.

100,000 years ago, other human populations lived in Europe, Neanderthals, and we know nothing of their language. Much closer to our time, from about 5,000 years ago to the IV. Until the 19th century, hieroglyphs were used in present-day Egypt and in extensive territory. Subsequently, this communication code is forgotten and becomes unknown for the next generations. So much so that XIX. Until the 20th century researchers were unable to decipher the meaning of these signs.

The same has happened with numerous writings. Some have proposed the use of pictograms. The drawing of a dog always represents a dog. But is it enough to indicate that the dog is dangerous?

The international radiation symbol (yellow triangle with three black mouths) was created in 1946 and we have learned that it represents nuclear risk. Well, in 2007, the International Atomic Energy Organization (AIAF) presented the results of a study conducted in 11 countries over five years. According to him, the symbol is not understood intuitively and few learn its meaning: In India, Kenya and Brazil only 6% of respondents knew what it means.

That same year, in 2007, they opened a new image. With a red background, three mouths come out the rays and has crossed a skull and two bones, a human figure that runs and an arrow. That is, whoever represents him expels something, poisonous or mortal, and we must flee. Well understood, right? Well, asking those who have not been explained before, it is shown that it is not so clear.

In addition, the meaning of the symbols changes. The skull is today a symptom of death with two crossed bones, something common in the past at the entrances of European cemeteries. It has also been used to spread fear, for example, by sailors and warriors from various cultures. But for other cultures and groups it had just the opposite meaning. For example, for the alchemists, the skull was the symbol of Adam and the crossed bones, the hope of resurrecting.

During the construction of the New Mexico warehouse, several research groups studied how to make the notice. A team led by a University of Indiana researcher, for example, proposed creating a Catholic church-based organization. The members of this organization would have the responsibility to transmit information from one generation to another, using iconic and symbolic elements, and transmitting the same message in a very different way.

Meanwhile, an interdisciplinary team from the Department of Energy, including sociologists, science fiction writers and artists, decided to build a granite wall over the warehouse and carve messages in seven languages, including Chinese and Apache. These written messages are expected to be renewed and returned to other languages over time. In addition, it was recommended to include hazard pictograms. They also commented that one of them could be the character of the painting “Garrasia” by Edvard Munch. 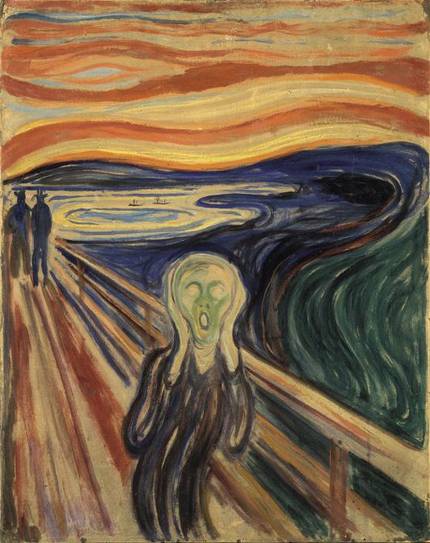 To warn of danger they proposed to use the character of the painting “Garrasia” by Edvard Munch. ED. : Google Art Project.

It is noteworthy that the aim of sculpted messages is more terrifying than informing. One of the phrases says: “What is here is very dangerous and disgusting. This message warns of danger.” Other: “It’s dangerous to the body and can die.”

In addition to words and pictograms, it has been proposed to use a terrifying and resistant architecture, such as surrounding the entire warehouse area with giant concrete thorns.

They do not yet need it, as they will not close the warehouse until within 30 years, but within the approved design it is expected to build 48 blocks of granite 8 meters in length and 20 tons each. Those who live in their surroundings do not like the idea much, because it is too evident and changes the landscape too much, but there is another drawback: many experts believe that it will not be effective. And it is that, as the history of archaeology has shown, tombs and tombstones, instead of driving people away, attract.

At Onkale they have a very different intention. If they meet the forecasts, they must finish the deposit, complete it and, once closed, do not leave any signage on the surface. Since there are no fossil fuels or precious minerals in the area, who will start drilling the land? Hiding and forgetting is, according to them, the safest future strategy. 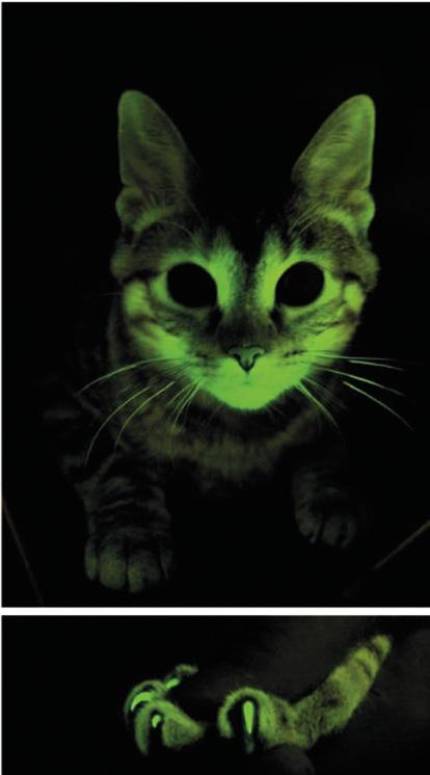 In the 1980s, philosophers Françoise Bastid and Paolo Fabbri proposed to create transgenic cats that would shine as they approach radiation. ED. : Mayo Clinic.

However, as mentioned in the documentary Into Eternity itself, it is not so easy for people to forget that there is something in the underground. Something dangerous, forbidden… valuable, perhaps? Just start asking questions to arouse curiosity.

Last year, the nuclear waste organization in France, Andra, created a contest to collect ideas. Proposals of all kinds were presented: the creation of legends and folk objects that will last in time; the construction of a museum that preserves the memory, with a clear formula E=m.c2 on the walls; the installation of plants around that become blue with radioactivity…

They are basically similar to previous proposals (myths and norms, singular buildings, visual notes…) and those of living beings that change color, more rarely: In the 1980s, philosophers Françoise Bastid and Paolo Fabbri proposed to create transgenic cats that would shine as they approach radiation. Along with this, we should create a culture of cult of cats, but there they did not see impediments because, according to them, they have admired in many cultures.

As they continue to seek solutions for the future, the nuclear industry continues to generate nuclear waste, now and without ceasing.

Hannot Rodriguez Department of Philosophy, University of the Basque Country.
Rodríguez stressed this: how society creates some expectations and confidence for the future, perhaps without sufficient scientific, technical and political reason. He creates them because he has no alternative.
He also highlighted another issue. If the only way to understand risk is technique, then it is only up to them to make decisions to a few, to some experts, in which most citizens have little to say. “But is that sustainable?” he asks. “Because these expectations are based on other factors, which are not objective but, so to speak, socio-economic. Therefore, it is not true that the risk is strictly technical. If this is not understood, all the interpretations we make to this type of risk are disconcerted.”

The End of Eternity 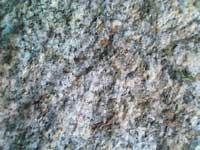