Most agree that the Antarctic Continent was in 1820. They do not agree on the identity of the discoverer. For some it was the American Nathaniel Palmer, for others the English Edward Brandsfield and for third the Russian Thaddeus von Bellingshausen. In this dispute over discovery you can put a quarter and with many chances of victory. The most surprising thing and where it came from is that it is not known.

XVI Orontius Finaeus Carefully analyzing the map of the 20th century (1531) is the presence of a land centered on the South Pole (Terra Australis RE). J.W. For Weihaupt, what appears on the map is too similar to what we know with Antarctica to have the same dream as the maper. The points that coincide are the division in East and West and its relative size, a wide bay that appears in harmony with the Ross Sea and the distribution of mountain ranges.

This is the Southern Continent XVI. It is known in the 19th century. However, as the surroundings appear, the Antarctica are those where the ice was reduced (in the Ross Sea). absence of floating ice sheet). For these glaciers to melt and reform, during the Bronze Age or before the Middle Ages, this ancient Antarctic exploration was carried out. Drawing a map that, although axial, requires knowledge of geometry and notoriety. What were these explorers? 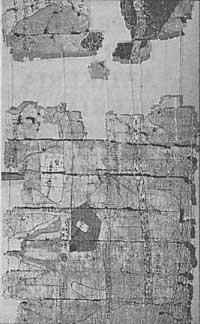