"Being a mother and researching can be compatible" 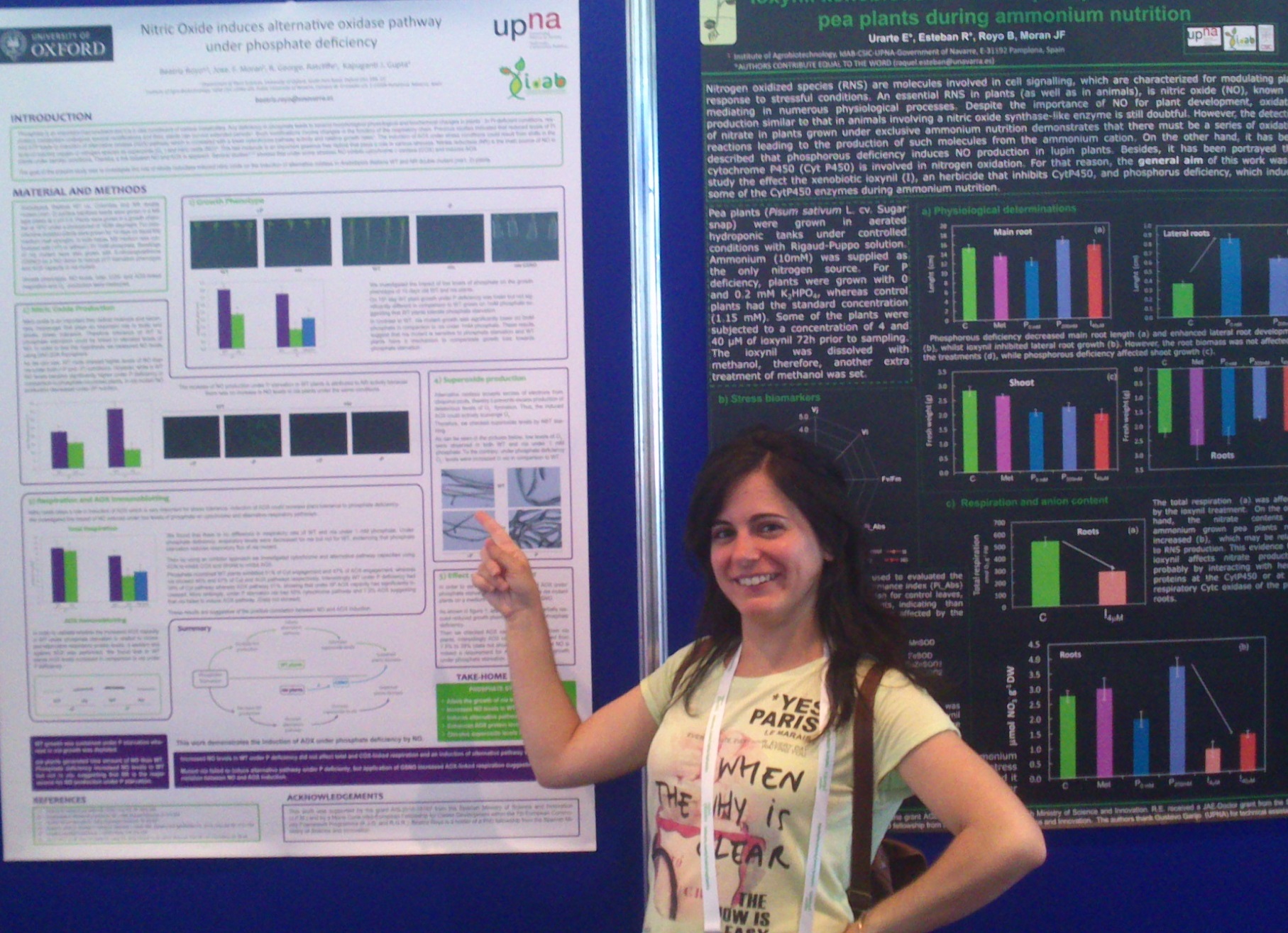 Beatriz Royo Castillejo recognizes from the first word that has been lucky. In fact, she has been a mother recently, but has had no difficulty reconciling research and motherhood thanks to the attitude of the head of her laboratory. “My case shows that if there is a will, things can be done well,” says Royo.

He is now writing the thesis, has a dedication of five hours and can arrange it as he wants. Apart from the schedule, he considers that they are also well monitored in terms of recruitment and that in the working team they have very good atmosphere: “In that sense, I’m certainly fortunate.”

At the time of counting his career, part of his training in Agricultural Technical Engineering. He studied at the Public University of Navarra (UPNA) and then moved to Lleida to study Higher Engineering. There he also carried out the final research project and then the desire to investigate arose. Before that it was seen working in the industry. He also carried out other works as a consultancy and realized that he did not like that type of work.

Thus, he requested and obtained a two-year grant granted by the Government of Navarre to promote innovation. He studied the creation of bioethanol from lignin obtained in the short forest based on fungi. When he was a year old, he was opened the possibility of a master's degree and he studied the master's degree in Environmental Agrobiology.

The master's degree, which takes place between UPNA and UPV-EHU, continued to investigate in Pamplona and Bilbao until its formation. “It was a hard time,” he acknowledges, but he believes it was worth it. In fact, in the final master's project they offered him the possibility to travel to Denmark, where he travelled for four months. He has a smile his experiences, since, besides learning a lot, he was very good. “And that little, and I managed to publish an article!” he added.

Upon his return, he was awarded a four-year grant to carry out the thesis in the research group Vegetal Physiology and Agrobiology, in which he continues to work. She has made two stays, one in Oxford, four months, and another in Córdoba, three months, becoming pregnant when she was three months to finish the four-year scholarship. Then he made a suspension until, having the child, he did it again through a six-month contract.

Now, therefore, he is hired and is writing the thesis and expects it to be present in February. The approximate date of completion of the contract is then, but it already knows that it can be linked to another contract of six more months. In any case, it does not exclude trying industrially to achieve greater job stability, but insists: “I can’t deny it, I’m happy.”

Beatriz Royo Castillejo was born in Pamplona in 1983. He studied Agricultural Technical Engineering at UPNA (2009) and carried out Superior Engineering in Lleida (2009). In 2011 she completed her Master in Environmental Agrobiology (UPNA and UPV). He is currently carrying out his thesis on Plant Physiology and Agrobiology in the research and development of UPNA, among which are stays abroad with research scholarships, teaching work, company…