The full name of this German naturalist was Friedrich Wilhelm Karl Heinrich Alexander, and should not be confused with his brother Wilhelm, who visited Euskal Herria and other places.

We will talk about Alexander, especially what was the study of the Natural Sciences and the creator of geophysics.

Alexander Humboldt was born in Berlin on 14 September 1769. His father was an officer in the court of Frederick La Haundia in Prussia and studied at the castle of Tegel. He then trained at the universities of Berlin, Frankfurt and Gottingen. At first science in general and especially botany. 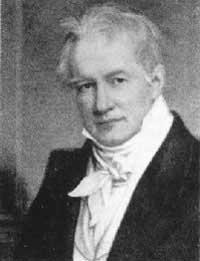 He made his first trip in 1790. He traveled west of Europe, where he met prestigious scientists. Returning from the trip, he enrolled at the Freiburg Mining School, where he learned Werner's neptune very well. He worked in geology and mining engineering.

From 1972 to 1979, Alexander Humboldt was Mining Inspector of the Prussian Government. He did a brilliant job of Bayreuth and occasionally analyzed the influence of electrical current on muscles and nerves, the phenomenon that Galvani had recently discovered. In Galvani's debate with Volta, Humboldt came out in favor of Galvani and it is known that Volta was right on this issue. In 1976 his mother died. Because of his legacy, he didn't have to work to make a living. Therefore, in his eagerness to make trips, he made extraordinary excursions.

Buying scientific material in Paris meets naturalist Aime Bonpland. In 1978 both went to Spain. The Iberian plateau and the Canary Islands were analyzed. The two scientists of Madrid, authorized to visit the colonies of Spain in America, left for Venezuela in 1799. At first they had to protect themselves from British warships, as the Napoleonic wars were about to begin.

Over the next five years, nearly 10,000 kilometers traveled through Central and South America, collecting weather data, analyzing the Earth's magnetic field and studying other geophysical problems.

In 1800 they toured the territory of the Llanos of Venezuela and studied the Cassiquiare River. This river links the waters of the Amazon basin with those of the Orinoco. It was discovered that these two important rivers were united.

In 1801 Humboldt and Bonpland were in Colombia and in 1802 they studied the Chimborazo volcano. Despite the 6,272 meters high, both scientists reached a minimum height of 5,610 meters. On the American volcanoes, he said they were aligned, as they were in the direction of a deep surface gap.

After touring the Amazon basin in Peru, he studied the currents of the sea on the western coast of South America. That is why Humboldt is called a local marine current. 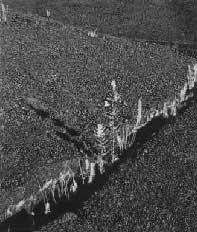 Alexander especially studied the Natural Sciences and we could consider him the creator of geophysics. Crater Kilomea, Wahaii islands.

He also unveiled the ancestral remains of the American Indians and brought the Peruvian guano as fertilizer to Europe.

Before returning to Europe in 1803 and 1804, the two traveling scientists emigrated to Mexico and the newly created United States. There they could see President Jefferson. Humboldt spent another twenty years studying the data collected on that American trip.

However, when he lived in Paris in 1807, he wrote thirty books on American travel. Along with Gay-Lussac he also studied the composition of the atmosphere.

When Napoleon fell, Humboldt was put at the service of the Frederick II of Prussia. He worked as a diplomat and, if he was exhausted, he had to work in Berlin in 1827.

In 1829, invited by the Russian tsar Nicholas I, he investigated the Asian territories. He toured Dzungaria and Altai.

Finally, at the age of seventy, he dedicated himself to organizing and configuring the knowledge acquired during his life. The goal was to meet in a work called Kosmos. I really wanted to analyze the earth from a cosmic perspective, considered as a set of one body. It can therefore be said that he is the creator of ecology. It achieved its objective, although the fifth volume of Kosmos was published in Berlin on May 6, 1859, after his death. 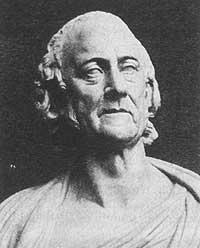