Medicine: The Thread of Cancer

Researchers Harold Varmus and Michael Bishop discovered 13 years ago the importance of cancer research. As a result, they have received the Nobel Prize in Medicine this year. The discovery was announced in the journal Nature by two other colleagues, Dominique Stehelin and Peter Vogt, through a signed article.

When Varmus and Bodmer initiated an investigation into the relationship between viruses and cancer, it was known that certain viruses could apparently alter and with the game normal cells of a culture. These cells act as tumor cells. Rous sarcoma, a virus that causes cancer in chickens, has that capacity. However, some mutants of this virus have lost this capability, so the researchers identified oncogene - the cancer gene. he was told src.

Bishop, Varmus and his colleagues prepared a src virus nuclear acid probe and showed that the probe is combined with DNA from normal hens. In addition, the gene identified was functional and is found in the cells of many vertebrates.

These genes can enter the genetic material of the virus, that is, the genome, because of the way certain viruses are repeated. These viruses are called retrovirus. Its genetic material is in RNA mode. To repeat it you have to make a copy of DNA from your RNA and then insert it into the host cell DNA. This cell will generate a new generation of virus.

Research has shown that oncogenic material is present in the cells of many animal species. Viral oncogenes are modified cell genes. Scientists are called proto-onkogenes.

Scientists now know more than 40 oncogenes carried by Retrovirus and each represents a cellular proto-oncogene. The importance of the discovery is that retroviruses open a new path to scientists to identify proto-oncogenes.

Bishop and Varmus are North Americans. They work at the University of California and are between 53 and 50 years old respectively. In the biography of Varmus, his licentiate in English literature stands out before dedicating himself to science. Consequently, his research articles have the advantage of being very well written and clear.

On the other hand, this prize has not been freed from debate and debate. And it is that the first signatories of the journal Nature, D. Stehelin believes that the Nobel Prize also matched him. Stehelin worked with Bishop and Varmus in the laboratory and Steheline says “I did my job from A to Z.” Steheline's participation in the work, according to the Anglophone scientific community, was totally mechanical and the ideas were put by others. But the Francophone scientific community does not think so and Steheline believes it also deserves the prize. 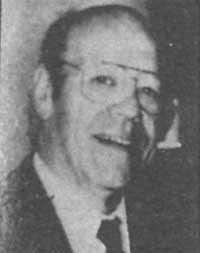 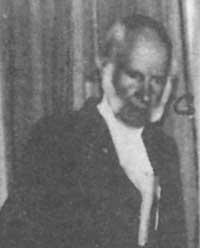 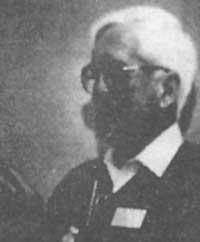 This year's Nobel Prize in Physics has been divided into two parts for three scientists. Normal Center F. The American physicist Ramsey has won. The other half Hans G. American Dehmelt and German Wolfgang Paul have made half. The prizes are at the beginning of quantum theory.

The award of the Ramsey, Paul and Dehmelti award has stated that physics is basically an art of measuring nature. The measurement techniques developed by the three have been awarded.

The prize is based on a phenomenon marked by Einstein (stimulated emission). According to the stimulated emission, an atom in excited electronic state can be transformed to a state of lower energy by electromagnetic frequency radiation corresponding to the energy difference.

The most important contribution of Ramsey to provoke atomic transitions by passing excited atoms through a magnetic field through a zone of fixed frequency electromagnetic radiation. I. It has been to improve the method of Rabi. Ramsey put perpendicular to the baptism of the second zone of radiation and created a network of interferences. In this way, the excited atom succeeded in having only existed in a given place in the transition. Limiting the volume of possible transitions, increases the coherence of the emitted protons.

Later, Ramsey, D. With the help of Kleppner developed the hydrogen maser. The maser, besides allowing deep studies of the structure of the hydrogen atom, is a great source of reference, as in techniques of interferometry in radioastronomy.

Dehmelt and Paul's work was based on the capture of simple ions or electrons to study their characteristics through electromagnetic fields. To do this, they have designed an appropriate equipment, the electron capture by Dehmelt and the capture by Paul. 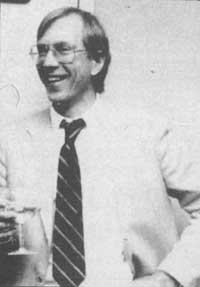 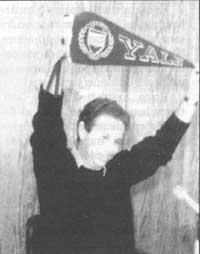 This year's Nobel Prize in Chemistry has been for Sidney Altman of the University of Yale and Thomas Cech of the University of Colorado. They concluded that ribonucleic acid (RNA) has catalyzing activity working independently. This discovery can have great importance when it comes to understanding the origin of life. It can also have practical consequences.

Biological catalysis was only considered to be performed by enzymes; the RNA molecule was considered a mere informative passive.

One of the raw problems to understand the origin of life is the dependence between DNA informative molecules in modern and functional systems such as proteins. In the 1960s, molecular biology pioneers speculated that the catalytic RNA of informative and functional characteristics could solve the problem. What before the “egg or hen” was one of the possible hypotheses of breaking the vicious circle. However, until Altman and Ceche demonstrated that the RNA acts as a catalyst, everything was a mere speculation.

From a practical point of view, catalytic RNA allows blocking certain specific genes in cells and organisms and opening a new pathway to prevent viral diseases.