The origin of science in Greece: the Ionian School

Greek culture has had an unquestionable influence on the development of the culture of Western peoples. It is difficult to deny that we, with much of our culture and convictions rooted in ancient Greece. With the series of articles to begin with, Luis Mari Bandrés explains to us in classical Greece the state of science and technology, the state of culture in short, in what it was. 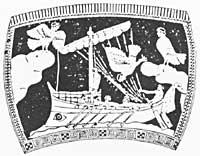 Formerly the Greeks knew two types of rites: one Olympic, another ectonic and two mythologies. A. A. C. What We Have The few documents of the sixth century reflect the existence of two types of culture: the elusinian mysteries and the orphic. From this dark and combative world will emerge two branches, on the one hand Olympic mythology, on the other the first philosophy and science.

According to Herodotus, orphism was brought from Egypto. It had its cosmogony; the night of fertilization in which it was found provoked the root of the world, which was distributed in Oratza and the Earth, presenting the father and the mother of life. Between these two circulated the winged spirit of the Light, sometimes known as Eros. This spirit joined the parents and from this wedding the Son of Heaven was born: Zeus . The mysticism of the time palpated the path of the invisible through these symbols. These orbiting ideas were incorporated into Greek idealist philosophy and through it into Christianity.

From this initial origin came two currents of philosophical thought: the philosophy of the Jonia of Asia Minor, natural/rationalist, and the mystical Pitagorism of southern Italy.

While the beginning of the history of Science in Greece dates from the sixth century BC, it must be taken into account that other bases had already been established. Around 1.00 BC iron was known and used in Greece. On the other hand, Greece's relations with Egypo and Mese potami were current. Therefore, the phenomenon of Greek science is not an isolated fact.

These factors cause many Greeks to leave their peninsula on islands and coasts of Asia Minor. Thus, at the end of the 8th century BC the Mediterranean coast was full of Greek polis (Hiri): Mileto, Efes (Kolofon, etc. 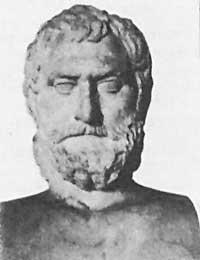 At this time (9th or 8th century BC) appeared the poems of Homer. In them you can see the reflection of a civilization and we can say that the culture of that civilization was really amazing. However, as we know today, the creation of Greek science had to take several years: The Ionian science was published in the sixth century BC in Mileto. At the port of this city, crossroads between Asia and Europe, they frequented the merchants of Egypo, Phoenicia and Greece, becoming one of the richest coastal cities.

Its inhabitants knew many different peoples, religions, ideas, languages and customs. Therefore, it is not strange to know that they were throwing many questions. However, the questions began to collect and classify the answers and thus their interests became part of new fields: astronomy, physics, mathematics, biology, medicine and cartography.

The intelligences of Tales, Anaximander and Anaximen bore fruit in Miletus. These are the first physiologists of history (dynamic research of nature), that is, researchers of physics or natural philosophy, while philosophers were in charge of thinking. Therefore, these first steps imply a physiology which, to the extent that it is not philosophy, assumes the doubt of solving the first obstacles or questions posed by the real knowledge of things that are problems of science.

He was born in 624 BC and died around 545. He was probably the Phoenician, was a merchant, a mathematical engineer and astronomer. For his fame, Bia de Prien, Klobulus of Rhoda, Pitako of Mitilen, Spolon of Athena, Periandro of Corinth and Kilon of Lazedemonia were considered, together with Kilon, one of the seven Greek sages.

The point of maximum importance of his school was to consider the Universe, as a whole, as something completely natural for the first time and, therefore, to recognize that, apart from the world of mythological gods, it could be expressed with normal knowledge and rational research.

Such, seeing that plants and animals needed water to live, resurrecting an ancient theory, thought that water or humidity were the essence of all things. The idea of expressing all things through a first element aroused a philosophical scepticism, since if iron or wood are finally and fundamentally water, our senses deceive us and we cannot trust them.

From the mathematical point of view Tales was eminently practical. He went to Egypt and invented a method to measure the height of the pyramids. He also invented a method that we do not know today to calculate the distance to the coast of a boat. However, although practical, he did not remain only in the primary, but knowing the geometry of the agriculturalists of Egypo, he departed from the line of geometry, making the following propositions:

The diameter divides the circle into two equal parts. At the base of an isosceles triangle the angles are equal. If two straight lines intertwine, the opposite angles are equal. The angle inscribed in a semicircle is straight. The sides of two similar triangles are proportional.

The astronomy of Tales is Egyptziana and considered that the Earth was retained in the water of the sea.

It is considered the first astronomer in the West (already used in Egypton and Mesopotamia) to use a vertical rod in a voice of Gnomon, a flat and horizontal surface. The gnomon allows to demonstrate the solstices of summer and winter, as well as the shade generated throughout the day covers a return to the year from west to east, in addition to obtaining clarity on the duration of the seasons. From all this he concluded that kneading was the semisphere with the Earth in the center. 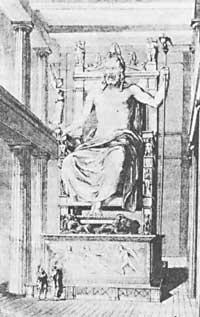 Until Tales and Anaximand's theories had been dictated, the Earth was considered to be on an unlimited solid basis. They, the Earth, supposed like a cylinder with limits, surrounded by layers of water, air and fire floating in the sphere of kneading. The sun and stars were drooping fragments of the initial layer of fire and turning in circles around the Earth, the center of all things. In the evening, the Sun passed under the Earth and not around, as the ancient systems said.

The drawing of the first mappa mundi has also appeared to Anaximandro. However, Anaximando's most important contribution was the idea of his world. The principle of water, although in some cases it gave acceptable expressions, did not fully comply with Anaximandro and accepted an abstraction, called apeiron (indeterminate), in order to overcome it.

Apeirone was a formless mass, which was both the source and destination of all material things. The concept of Apeiro shows that the duration of the Uniberso is infinite and is situated in an unlimited space. Through the excision of anti-Apeiron elements a world was created that we know through the typical forces of Nature. From here comes the rational mechanistic philosophy.

About the organic nature Anaximandro said: The first animals were born from the humidity and in the air contaminated inside a spiny shell (floios), with time ascended to the coast, broke the shell and soon changed their lives (Aecio, IV,3,2). The idea that some animals are derived from others could be considered as the first step in the theory of evolution.

Finally, I thought that apeirone was eternal and that, in passing, all things, including celestial bodies, were doomed to the destruction and fall of the indivisible unity of the universal being.

We know little about this friend of Anaximandro. With him the school of Mileto ended. As we know, his work focused on the idea of the Universe and astronomy. I thought the first theme of the universe was air. This, when it was condensed, in principle it became water and then land. 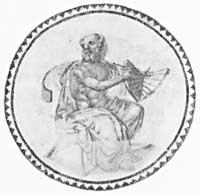 On the theory of Anaximen historian Sarton says: As air can take all forms through condensation (pycnosis) or aclareum (manosis), it is the first gala. These qualitative changes are related to temperature. While aclareo increases temperature, compression decreases: If we blow with an open mouth, the hot air comes out, while closing almost the lips comes out cold. The union between air and vital sediments meant that the world as a whole was like a living being. This comparison is the seed of medieval macros and microcosm, which, after its validity in the sixteenth century, exceeded the limit of the Renaissance.

As for astronomy, Anaximen believed that the stars, including the Sun, were of fire and were around the Earth, while the Earth was launa. The earth and the stars float in the air. The origin of the light of the light was the reflection of the sunlight and the rain began when the condensation of the clouds exceeded a limit.

Other names to be mentioned within the Ionian school are: Kleostrato de Tenedo (Thales died on this island), his work was dedicated to astronomy and was considered the first geologist and palentologist of Colofón (550 - 470 BC).

Therefore, the Ionian school lasted more than a century and in recent times it was creating parallel another school, the Pythagorean. In the next issue we will talk about this.